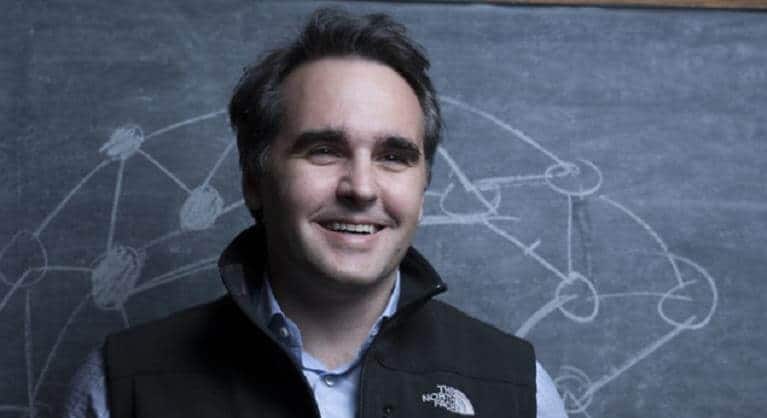 When organizations turn a blind eye to sexual harassment in the workplace, how many people need to take a stand before the behavior is no longer seen as normal?

According to a new paper published to be published tomorrow in Science(link is external), there is a quantifiable answer: roughly 25% of people need to take a stand before large-scale social change occurs. This idea of a social tipping point applies to standards in the workplace, and any type of movement or initiative.

Online, people develop norms about everything from what type of content is acceptable to post on social media, to how civil or uncivil to be in their language. We have recently seen how public attitudes can and do shift on issues like gay marriage, gun laws, or race and gender equality, as well as what beliefs are or aren’t publicly acceptable to voice.

Over the past 50 years, many studies of organizations and community change have attempted to identify the critical size needed for a tipping point, purely based on observation. These studies have speculated that tipping points can range anywhere between 10% and 40%.

The problem for scientists has been that real world social dynamics are complicated, and it isn’t possible to replay history in precisely the same way to accurately measure how outcomes would have been different if an activist group had been larger or smaller.

“What we were able to do in this study was to develop a theoretical model that would predict the size of the critical mass needed to shift group norms, and then test it experimentally,” says lead author Damon Centola, Ph.D., associate professor at the University of Pennsylvania’s Annenberg School for Communication and the School of Engineering and Applied Science.

Drawing on more than a decade of experimental work, Centola has developed an online method to test how large scale social dynamics can be changed.

In this study, “Experimental Evidence for Tipping Points in Social Convention,” coauthored by Joshua Becker, Ph.D., Devon Brackbill, Ph.D., and Andrea Baronchelli, Ph.D., 10 groups of 20 participants each were given a financial incentive to agree on a linguistic norm. Once a norm had been established, a group of confederates — a coalition of activists that varied in size — then pushed for a change to the norm.

When a minority group pushing change was below 25% of the total group, its efforts failed. But when the committed minority reached 25%, there was an abrupt change in the group dynamic, and very quickly the majority of the population adopted the new norm. In one trial, a single person accounted for the difference between success and failure.

The researchers also tested the strength of their results by increasing the payments people got for adhering to the prevailing norm.  Despite doubling and tripling the amount of money for sticking with the established behavior, Centola and his colleagues found that a minority  group could still overturn the group norm.

Acknowledging that real-life situations can be much more complicated, the authors’ model allows for the exact 25% tipping point number to change based on circumstances. Memory length is a key variable, and relates to how entrenched a belief or behavior is.

For example, someone whose beliefs are based on hundreds of past interactions may be less influenced by one change agent. Whereas someone who considers only their more recent interactions would be more easily swayed.

“Our findings present a stark contrast to centuries of thinking about social change in classical economics, in which economists typically think a majority of activists is needed to change a population’s norms,” says Centola. “The classical model, called equilibrium stability analysis, would dictate that 51% or more is needed to initiate real social change. We found, both theoretically and experimentally, that a much smaller fraction of the population can effectively do this.”

Centola believes environments can be engineered to push people in pro-social directions, particularly in contexts such as in organizations, where people’s personal rewards are tied directly to their ability to coordinate on behaviors that their peers will find acceptable.

Centola also suggests that this work has direct implications for political activism on the Internet, offering new insight into how the Chinese government’s use of pro-government propaganda on social networks like Weibo, for example, can effectively shift conversational norms away from negative stories that might foment social unrest.

While shifting people’s underlying beliefs can be challenging, Centola’s results offer new evidence that a committed minority can change what behaviors are seen as socially acceptable, potentially leading to pro-social outcomes like reduced energy consumption, less sexual harassment in the workplace, and improved exercise habits. Conversely, it can also prompt large-scale anti-social behaviors such as internet trolling, internet bullying, and public outbursts of racism.

The implications for large-scale behavior change are also the subject of Centola’s new book, How Behavior Spreads: The Science of Complex Contagion(link is external), which will be published next week by Princeton University Press.

The full text of “Experimental evidence for tipping points in social convention” can be found here.