USC Alzheimer’s disease researchers have joined with experts across the country to launch a unique and comprehensive course this week to educate and diversify the next generation of scientists and research teams who lead clinical trials for Alzheimer’s disease and Alzheimer’s-related dementias. 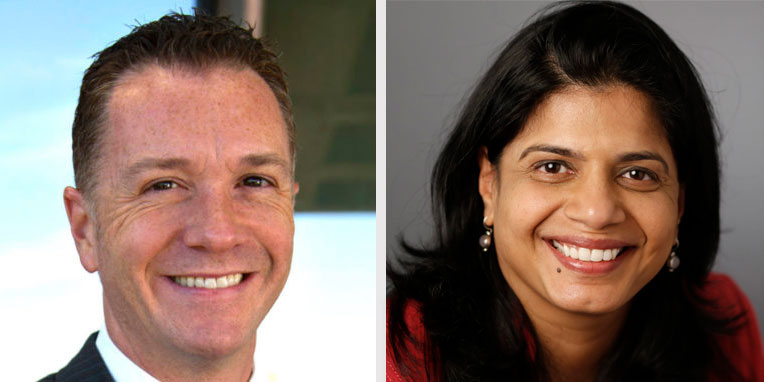 The program, which is called IMPACT-AD, runs through Thursday. It’s the brainchild of Rema Raman, a professor of neurology at the Keck School of Medicine of USC and director of biostatistics at USC’s Alzheimer’s Therapeutic Research Institute in San Diego, and Joshua Grill, an associate professor of psychiatry and human behavior and an Alzheimer’s researcher at the University of California, Irvine. They applied for and won funding for five years, with $1.5 million coming from the U.S. National Institute on Aging and $2.5 million from the Alzheimer’s Association.

“Appropriately designed and well-conducted randomized clinical trials are critical to identifying safe and effective treatments for Alzheimer’s disease,” said Raman, who is co-directing the program with Grill.

“This course will train the next generation of Alzheimer’s clinical trialists, both study investigators and research teams, in rigorous clinical trials design and implementation with a focus on a team science approach.”

The purpose of the course, Raman said, “is to make the clinical trials’ workforce as diverse and representative as the participants we hope to recruit for our studies.”

“We really want to invigorate the field by engaging trainees at many levels, from many different backgrounds, with different personal experiences and demographics as well, because we wholeheartedly believe in team science and the diversity of ideas,” Grill said.

Inaugural IMPACT-AD class will train to be Alzheimer’s researchers

Out of more than 100 applicants, 35 were selected for the inaugural class. The group includes medical doctors, nurses, public health professionals, study coordinators and other scientists as well as postdoctoral researchers and research fellows from universities and health care systems across the country. Some are early-career professionals while others are well-established. Seventy percent are women and 40% self-identify as persons of color; one-fifth of the cohort are the first in their families to earn advanced degrees.

The course’s aims spoke to the personal and professional goals of Doris Molina Henry, a neurobiologist on the faculty of Winston-Salem State University, a teaching-intensive and minority-serving institution.

The need for increased diversity in Alzheimer’s disease research is critical.

“I have always believed that Alzheimer’s disease is likely one of the cruelest punishments of aging, and the thought of the loss, loneliness, and isolation experienced by those that are afflicted by the disease and their loved ones is really the impetus for my interest in the research,” said Henry, who applied for and won a spot in the class. She’s eager to learn Alzheimer’s-focused practical tools for conducting clinical trials and believes diversifying the science is key.

“Diversity in research introduces a wealth of varied perspectives, lived experiences and cultural nuances to addressing major national and global problems. It leads to a deeper, stronger science,” she said. “It infuses the science with alternative interpretations that can generate knowledge and solutions that are inclusive, and therefore can be generalized to populations for whom it wasn’t applicable before.”

The four-day course consists of lectures, workshops and mentored working groups. Faculty who lead the coursework include Alzheimer’s clinical trial experts from USC, Harvard University, the Mayo Clinic, UC Irvine and other leading institutions. Originally planned as an in-person event in San Diego, the program switched to an online format due to COVID-19.

“The need for increased diversity in Alzheimer’s disease research is critical,” Raman said. “A diverse workforce brings together the brightest minds to advance the science. If we want new Alzheimer’s treatments to be useful for everyone, then clinical trials participants must be representative of the population in all its diversity.”