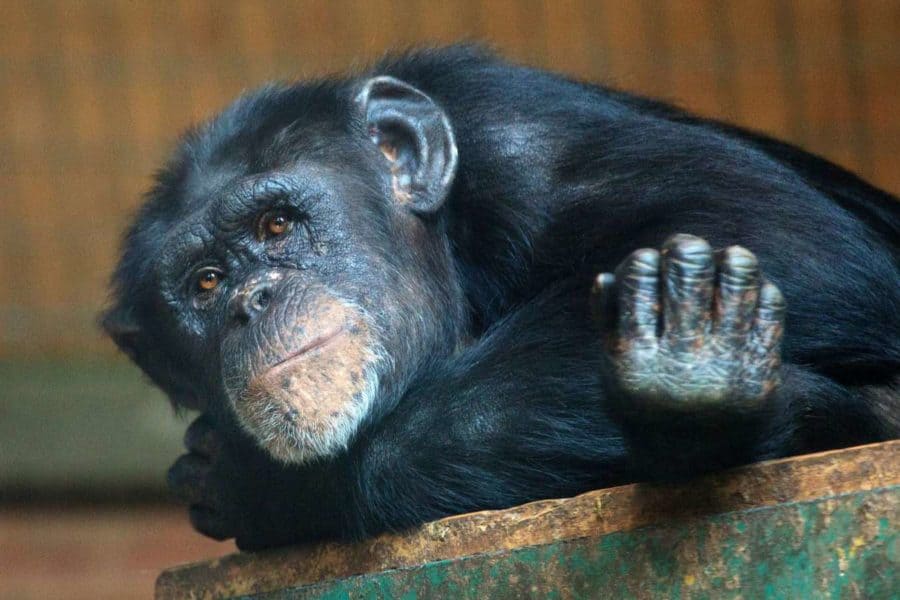 Many humans live to see their 70s and 80s, some even reach 100 years old. But life is much shorter for our closest animal relatives. Chimpanzees, for example, rarely make it past age 50, despite sharing almost 99% of our genetic code.

While advances in medicine and nutrition in the last 200 years have added years to human lifespans, a new study suggests there could be a more ancient explanation why humans are the long-lived primate.

Part of the secret to human longevity, researchers say, may lie in chemical changes along the DNA within our cells that slowed the rate of human aging in the 7 to 8 million years since our ancestors went their separate ways from chimps.

The findings were published Sept. 21 in the journal Philosophical Transactions of the Royal Society B.

In the last decade, researchers have found that chemical marks on the human genome — modifications that can affect gene activity without altering the underlying DNA sequence — actually change as we age.

Studies have shown that certain sites along our DNA gain or lose chemical tags called methyl groups in a way that marks time, like a metronome. The changes are so consistent that they can be used as an “aging clock” to tell a person’s age to within less than four years.

The new study, led by researchers at Duke University and George Washington University, marks the first time such age-related changes have been analyzed in chimpanzees, said lead author Elaine Guevara, an assistant research professor of evolutionary anthropology at Duke.

Guevara and colleagues analyzed some 850,000 of these sites in blood from 83 chimpanzees aged 1 to 59.

Sure enough, they found that aging leaves its mark on the chimpanzee genome, just as it does in humans. More than 65,000 of the DNA sites the scientists scrutinized changed in a clock-like way across the lifespan, with some gaining methylation and others losing it.

“A lot of their genome shows an age-related pattern,” Guevara said.

The pattern was so reliable that the researchers were able to use DNA methylation levels to tell a chimpanzee’s age to within 2.5 years, which is much more accurate than current methods for estimating a wild animal’s age by the amount of wear on their molars.

When the researchers compared the rates of change they found in chimps with published data for humans, the epigenetic aging clock ticked faster for chimpanzees.

It’s unknown whether these changes merely track the aging process or actively contribute to it, Guevara says.

But the researchers hope such work could eventually offer clues to the gene regulatory mechanisms behind the physical and cognitive decline that often accompanies aging, and lead to new ways to fight aging-related diseases.