The sinking carcasses of fish from near-surface waters deliver toxic mercury pollution to the most remote and inaccessible parts of the world’s oceans, including the deepest spot of them all: the 36,000-foot-deep Mariana Trench in the northwest Pacific.

And most of that mercury began its long journey to the deep-sea trenches as atmospheric emissions from coal-fired power plants, mining operations, cement factories, incinerators and other human activities.

Those are two of the main conclusions of a University of Michigan-led research team that analyzed the isotopic composition of mercury in fish and crustaceans collected at the bottom of two deep-sea trenches in the Pacific. The team reports its findings in a study scheduled for publication Nov. 16 in Proceedings of the National Academy of Sciences.

“Mercury that we believe had once been in the stratosphere is now in the deepest trench on Earth,” said U-M environmental geochemist Joel Blum, lead author of the PNAS paper and a professor in the U-M Department of Earth and Environmental Sciences.

“It was widely thought that anthropogenic mercury was mainly restricted to the upper 1,000 meters of the oceans, but we found that while some of the mercury in these deep-sea trenches has a natural origin, it is likely that most of it comes from human activity.”

At a scientific meeting in June, Blum’s team and a Chinese-led research group independently reported the detection of human-derived mercury in deep-sea-trench organisms. 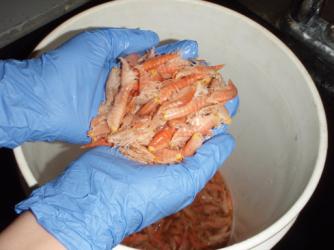 The Chinese researchers, who published their findings July 7 in the journal Nature Communications, concluded that the mercury gets to the deep-sea trenches by hitching a ride on microscopic particles of sinking organic matter—including fecal material and dead plankton—that constantly rain down from the upper oceans.

But in their PNAS paper, Blum and his colleagues suggest that a more likely explanation is that sinking carrion from fish that feed in the upper ocean delivers most of the mercury to the trenches.

Why does it matter whether deep-sea-trench mercury came from sinking fish carcasses or from the steady rain of tiny bits of detritus?

To determine how seafood is likely to be impacted, researchers rely on global models. And refining those models requires the clearest possible understanding of how mercury cycles within the oceans and between the oceans and the atmosphere, according to Blum.

“Yes, we eat fish caught in shallower waters, not from deep-sea trenches,” he said. “However, we need to understand the cycling of mercury through the entire ocean to be able to model future changes in the near-surface ocean.” 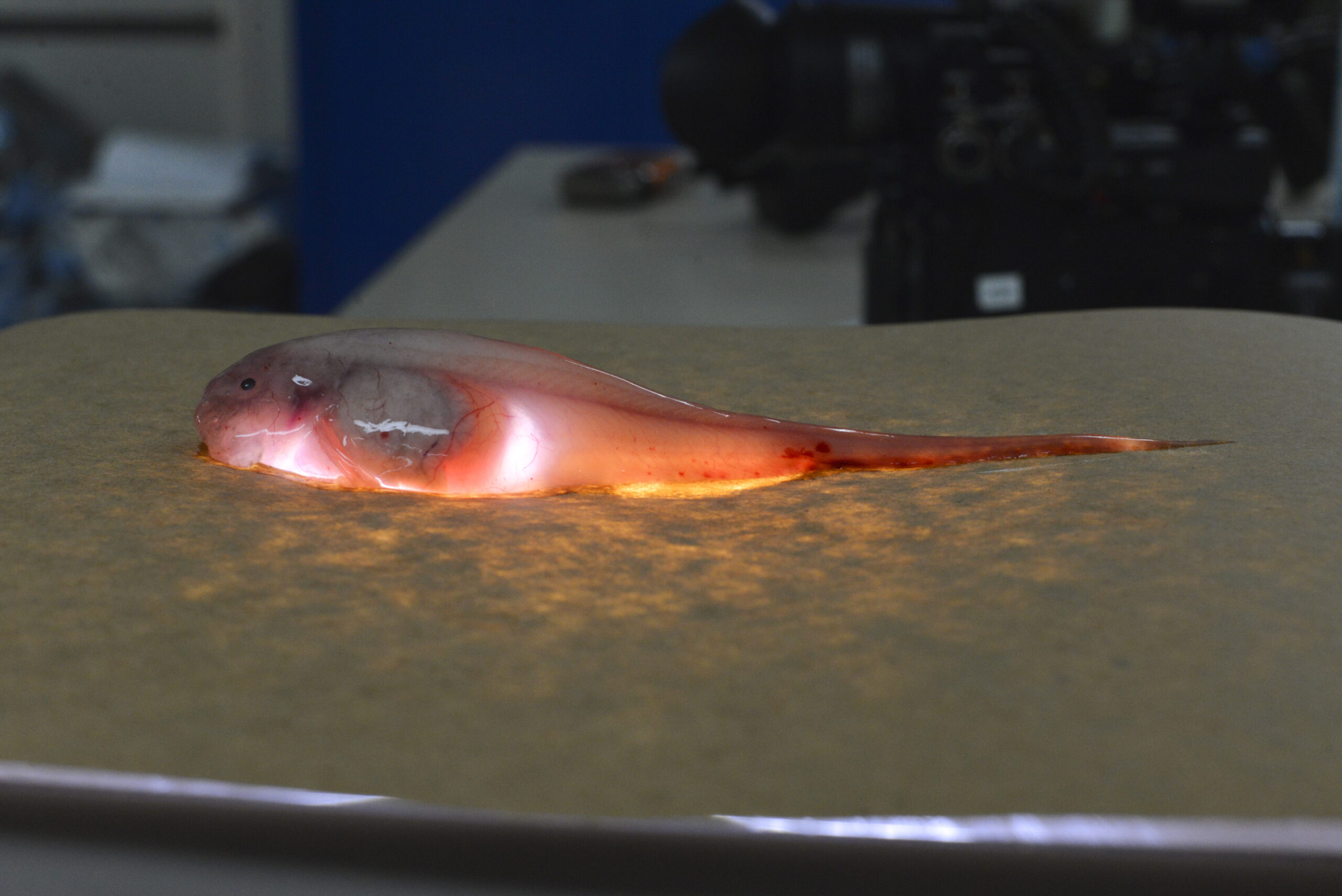 Mercury is a naturally occurring element, but more than 2,000 metric tons of it are emitted into the atmosphere each year from human activities. This inorganic mercury can travel thousands of miles before being deposited onto land and ocean surfaces, where microorganisms convert some of it to methylmercury, a highly toxic organic form that can accumulate in fish to levels that are harmful to humans and wildlife.

Effects on humans can include damage to the central nervous system, the heart and the immune system. The developing brains of fetuses and young children are especially vulnerable. 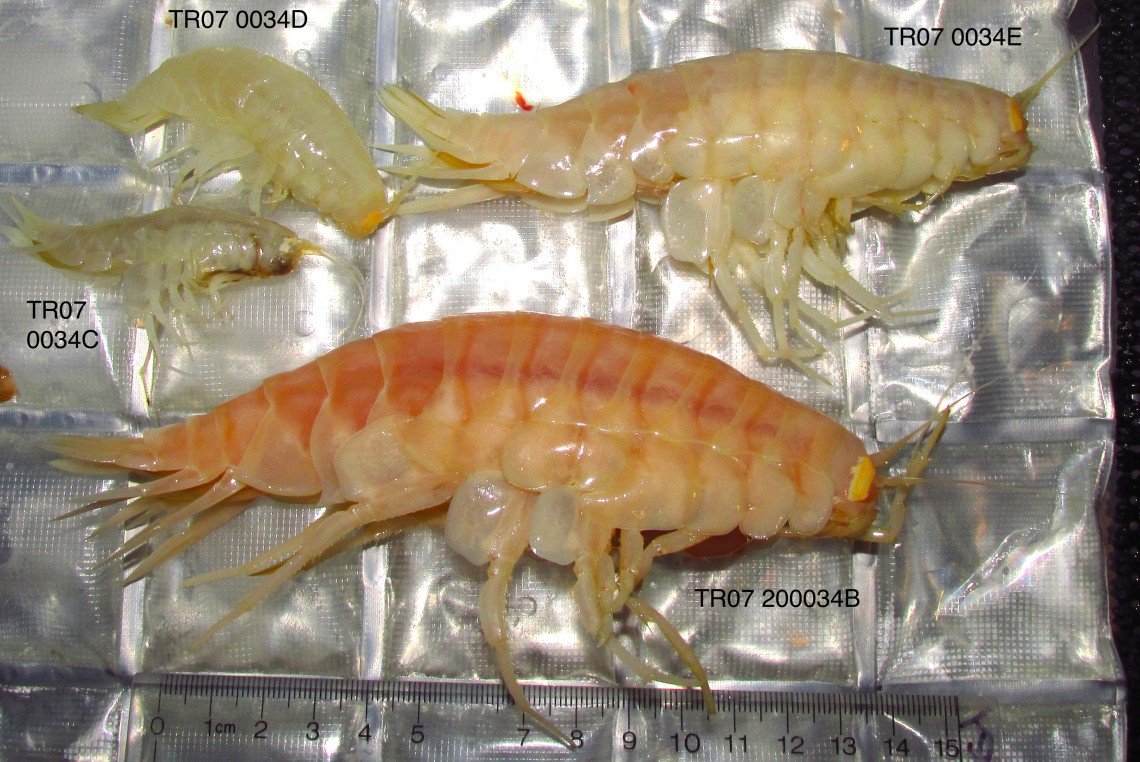 “These samples were challenging to acquire, given the trenches’ great depths and high pressures,” said study co-author Jeffrey Drazen, a University of Hawaii oceanographer. “The trenches are some of the least studied ecosystems on Earth, and the Mariana snailfish was only just discovered in 2014.”

Mercury has seven stable (nonradioactive) isotopes, and the ratio of the different isotopes provides a unique chemical signature, or fingerprint, that can be used as a diagnostic tool to compare environmental samples from various locations.

The researchers used these fingerprinting techniques—many of which were developed in Blum’s lab—to determine that the mercury from deep-sea-trench amphipods and snailfish had a chemical signature that matched the mercury from a wide range of fish species in the central Pacific that feed at depths of around 500 meters (1,640 feet). Those central Pacific fish were analyzed by Blum and his colleagues during a previous study.

At the same time, they found that the isotopic composition of the mercury in sinking particles of detritus, the delivery mechanism favored by the Chinese team, does not match the chemical signature of mercury in the trench organisms, according to Blum and his colleagues. 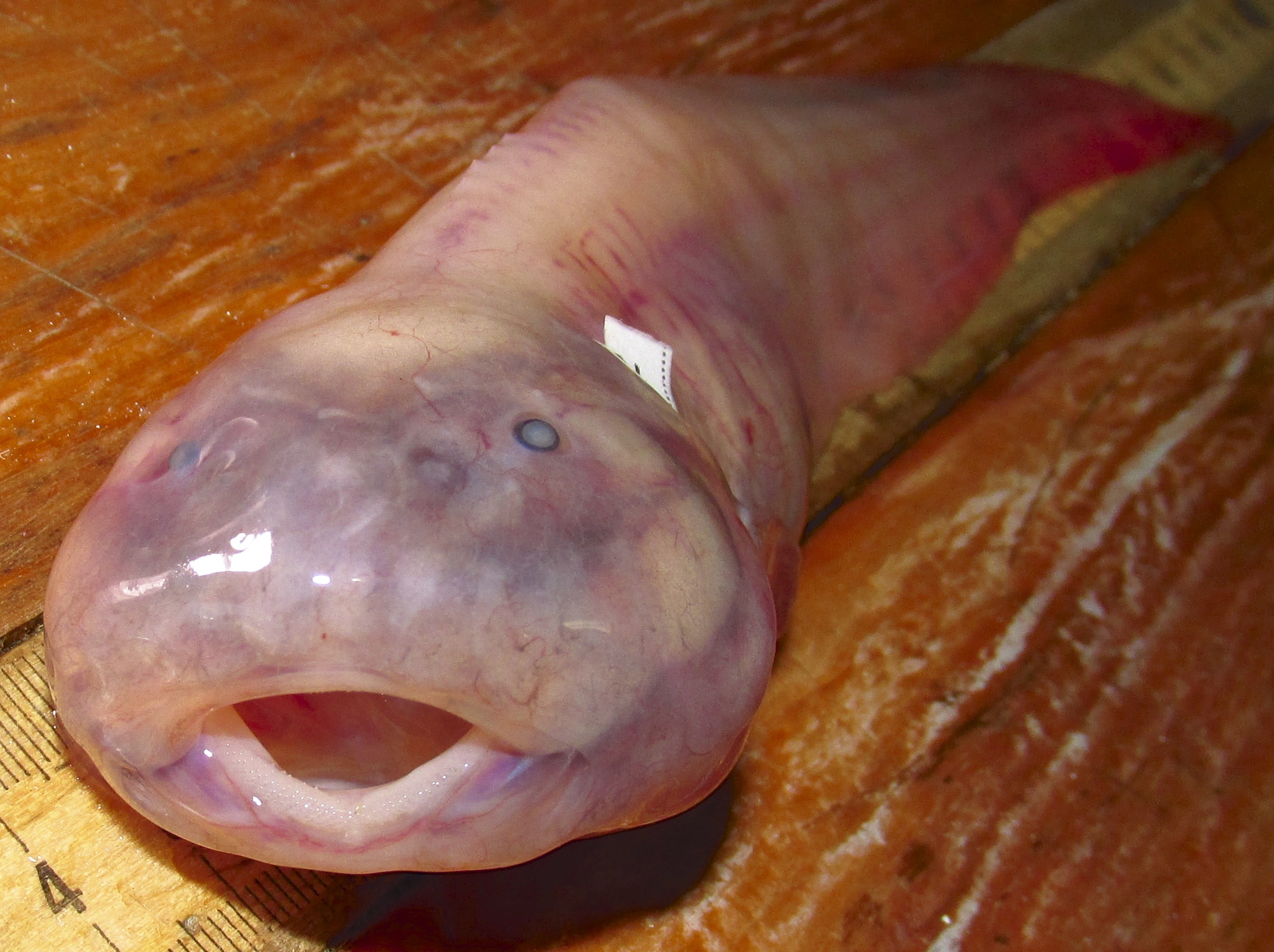 A snailfish collected from the Kermadec Trench in the southwest Pacific Ocean. Image credit: Paul Yancey

“We studied the trench biota because they live in the deepest and most remote place on Earth, and we expected the mercury there to be almost exclusively of geologic origin—that is, from deep-sea volcanic sources,” Blum said. “Our most surprising finding was that we found mercury in organisms from deep-sea trenches that shows evidence for originating in the sunlit surface zone of the ocean.”

Anthropogenic mercury enters the oceans via rainfall, dry deposition of windblown dust, and runoff from rivers and estuaries.

“Deep-sea trenches have been viewed as pristine ecosystems unsullied by human activities. But recent studies have found traces of anthropogenic lead, carbon-14 from nuclear weapons testing, and persistent organic pollutants such as PCBs in organisms living in even the deepest part of the ocean, which is known as the hadal zone,” Drazen said.

The latest mercury findings provide yet another example of human activities impacting food webs in the most remote marine ecosystems on Earth.

The other authors of the PNAS paper, in addition to Blum and Drazen, are Brian Popp of the University of Hawaii at Manoa, Marcus Johnson and Laura Motta of the U-M Department of Earth and Environmental Sciences, and Alan Jamieson of Newcastle University.

The title of the study is “Mercury isotopes identify near-surface marine mercury in deep sea trench biota.” The work was supported by the Schmidt Ocean Institute, several grants from the National Science Foundation, and an NSF Graduate Fellowship.