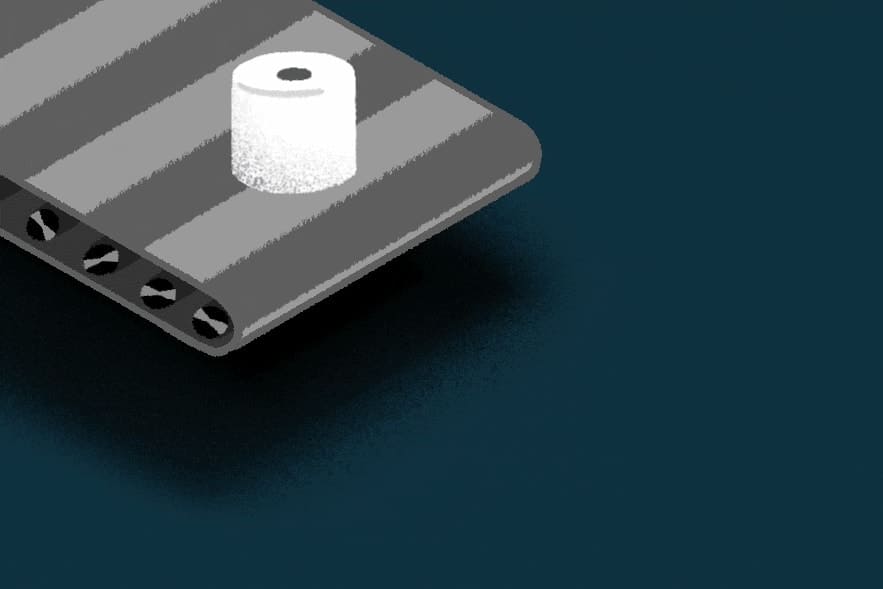 Companies couldn’t quickly flood stores with more toilet paper because their processes were never designed to respond surges in demand, he said. Rather, they were designed to be steady, cheap and efficient to make the most of a product with a low profit margin, he said.

Often, efficient supply chains are slow, Swinney said: “They have long lead times because speed is sacrificed for operating at a low cost and high efficiency.”

Efficient supply chains work best when demand is predictable and the industry has low prices or low margins, Swinney said. He contrasted them with responsive supply chains, which are more flexible, but more costly.

Responsive supply chains are profitable only when margins are very high, Swinney said, pointing to fast-fashion apparel firm Zara, which has been the subject of some of his research.

The future is likely (still) lean
Some experts would argue the pandemic exposed a major vulnerability in lean production, but that’s unlikely to stop companies from using lean practices, Swinney suggested.

“Lean production is often demonized in the wake of disruptive events, but it saves an enormous amount of money by not having unproductive inventory sitting around,” and thus has offered significant benefits in manufacturing efficiency in the past 50 years, he said.

Firms will likely continue to follow lean principles and rely on global supply chains, Swinney said, but will diversify their suppliers to minimize risk or establish back-up resources in the event of a crisis.

During and after a crisis, many firms tend to focus on building and holding extra inventory, which is costly and especially expensive if disruptions are rare, he said.

“If a disruption like a pandemic happens once in 100 years, then 99 percent of the time you’re holding this inventory, you’re not going to use it. It’s just going to be a wasted resource,” he said.

Solutions in design, tech
The pandemic may also prompt companies to consider other strategies to protect against disruption, such as redesigning products to use more common components or more easily accessible parts that don’t rely on one specific channel or supplier, Swinney said.

“We’ve already seen this – going back to the very first example of toilet paper – where we’re using less of variety of different materials in different products that are being sold in the market, and more common components,” he said.

Firms may also expand their investments in artificial intelligence and remote work technologies so their processes rely less on workers having to be physically present to keep production processes running smoothly, he said.