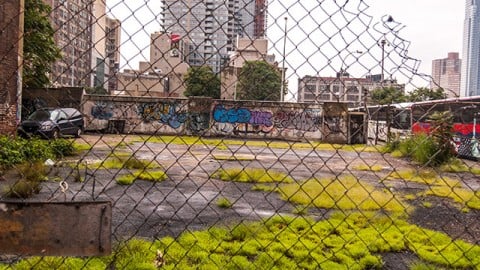 A new study by Northwestern University researchers finds involvement with firearms by high-risk youth is associated with firearm violence during adulthood.

“Association of Firearm Access, Use, and Victimization During Adolescence with Firearm Perpetration During Adulthood in a 16-year Longitudinal Study of Youth Involved in the Juvenile Justice System” will publish in JAMA Network Open at 10 a.m. CST, Thursday, Feb. 4. Access the full study online.

The longitudinal study of juvenile justice youth is the first to analyze firearm victimization and access during adolescence and its association with firearm violence in adulthood.

The study is based on data collected in the Northwestern Juvenile Project. In the mid-1990s, researchers interviewed 1,829 randomly selected youth who were newly admitted to juvenile detention. The investigators then followed them for the next 16 years no matter where they were living — conducting a total of 17,766 face-to-face interviews. The study’s overall goal was to ascertain the health needs and outcomes of youth in the juvenile justice system.

“Youth in the juvenile justice system are disproportionately poor and from racial/ethnic minority groups,” said behavioral scientist Dr. Linda Teplin, the Owen L. Coon Professor of psychiatry and behavioral sciences at Northwestern University Feinberg School of Medicine and lead author of the study. “They are at high risk for nearly every dire outcome, including death by firearm. To date, more than 10% of our sample have died, nearly half of these from firearm injuries.”

“We anticipated that involvement with firearms might continue beyond adolescence. But we were surprised that being victimized during adolescence would be associated with perpetrating as an adult,” Teplin said.

Firearms deaths are a significant public health problem in the U.S., accounting for nearly 200,000 homicides between 2003 and 2018. Despite an overall decrease in homicides over the past three years, the proportion involving firearms peaked in 2018 accounting for 72% of homicides.

“Unfortunately, firearm involvement — both perpetration and victimization — is the norm, not the exception, in these high-risk adolescents,” notes author Dr. Leah Welty, professor in preventive medicine at Feinberg. The investigators found that prior to age 18, three-fourths of males had shot or threatened someone. Three-fourths had been threatened themselves, and one in 10 had been shot. “Girls were not immune,” Welty said. “Nearly two-thirds of females had been threatened with a weapon.”

“Clearly, being victimized during adolescence has consequences,” Teplin said. “Youth victimized at school may perform poorly, cut classes and ultimately drop out, limiting their employment opportunities. They may then join gangs or sell drugs, increasing their exposure to high-risk situations. Finally, exposure to violence — whether in the home, at school or in the streets — may cause youth to carry firearms to protect themselves. In this way, victims become perpetrators.”

The researchers offer several recommendations communities and households might take to address this public health crisis and reduce firearms deaths.

“We need preventive interventions that target high-risk youth like our participants.  Neighborhoods also matter. Firearm violence is concentrated in blighted urban communities where it’s easy to obtain guns and find places to hide them. Youth may borrow from friends or rent from their gang,” Teplin said.

The authors also recommend training pediatricians to educate parents on the safe storage of firearms. When weighed against the risk of injury and death, the cost is negligible at $25 for a pistol-sized lock box.

The researchers will next investigate intergenerational patterns of firearm victimization and perpetration.

Teplin will present research from the Northwestern Juvenile Project at the virtual 2021 American Association for the Advancement of Science (AAAS) annual meeting. For information about media registration, email media@aaas.org and include “AAAS Annual Meeting” in the subject line.

In the press briefing that follows the scientific session at 3 p.m. EST, Feb. 8, Teplin will discuss how the experience of incarceration affects age-appropriate life course achievement, such as socioeconomic well-being, interpersonal functioning and mental health, as well as how consequences differ by sex, race and ethnicity.