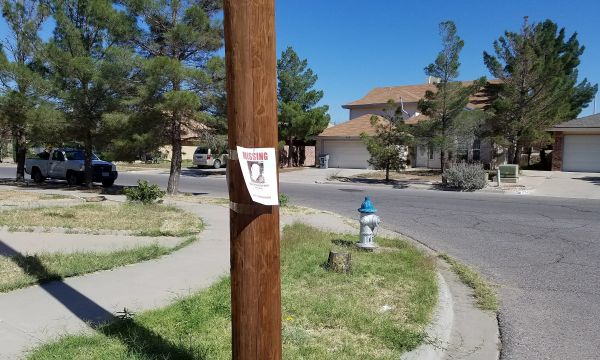 A new report shows that British citizens who are missing abroad were more than twice as likely to be found by UK police as police in the country of disappearance.

Research by the Centre for the Study of Missing Persons (CSMP) at the University of Portsmouth also shows they were likely to be missing for much longer than if they disappeared in the UK.

The study found that British people who vanish abroad tend to be missing for extended periods, on average 134 days. This compares with 88 percent of people who go missing in the UK being found within the first 48 hours.

Dr Karen Shalev-Greene, Director of the Centre for the Study of Missing Persons at the University of Portsmouth, says: Missing persons cases within the UK are typically resolved within the first 48 hours, but British citizens who go missing abroad tend to take much longer to be found. Our analysis shows that only 17.4 percent of these people are discovered within the first two days. Furthermore, nearly a third of the sample remained missing for over a month.”

The researchers examined 330 closed cases from nine UK forces, relating to data collected between 2017 and 2019.  In total, 65 percent of those people who were reported missing abroad were either found by the UK police (41.8 percent), discovered by their family (11.9 percent) or returned by their own accord (11.6 percent). Non-UK police or authorities accounted for just 20 percent of all finds.

Nearly 42 percent of cases in this sample were resolved by the efforts of the UK police. This underlines the importance and effectiveness of UK police officers in making inquiries into these disappearances. It indicates that investigations abroad are resolved more quickly when UK police forces are involved at the earliest opportunity.

The report also showed that white middle aged men were the most likely group of British people to be reported missing abroad,  and the majority of people who had disappeared were last seen at their home address.

The study was funded by the International Crime Co-ordination Centre.  It is thought to be amongst the first to break down missing abroad cases in such detail, enabling a range of trends, patterns and practices to be highlighted.

Detective Inspector Helen Lomas, International Crime Co-ordination Centre says: “Until now there has been no research as to the numbers and types of international missing person investigations and this needs to be rectified. Police officers need to be aware of how many people go missing abroad and what the patterns of such disappearances are.

This study explores these gaps, and the unique challenges faced by investigators tasked at solving these cases. This report examines these issues with a view to making immediate recommendations in the short term that can be taken forward to inform training, response and future research.

The study also shows the circumstances leading to a disappearance are different to those previously considered to be stereotypical cases, such as cases of getting lost, abduction or homicide. The results suggest that the majority of people are reported missing due to misunderstanding, miscommunication or lost documents – (20 percent) followed by lost contact (16.1 percent) and asylum seeker, refugee or migrant, including visiting family and travelling (13.2 percent).

A number of recommendations have been made, based on the findings of this study. They include; future training, consideration of the increased length of time UK police spend on these cases, the cost and burden of these cases and the challenges of working abroad.  A central database that gathers and collates information on missing abroad cases is also recommended to promote understanding of these cases and to reduce ambiguity between forces.