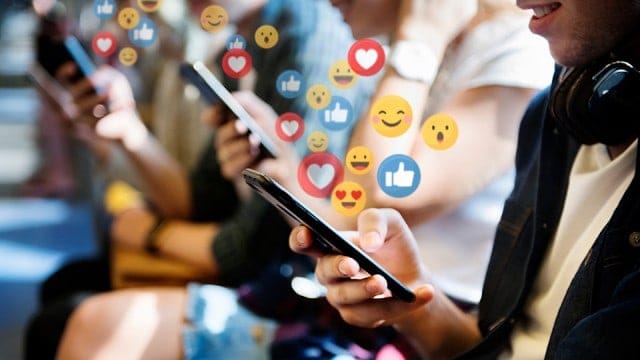 What do search engines, social media platforms, and product recommender systems all have in common?

One answer may be surprising: You and people you know have very likely played a major role in the success of eachof these technologies.

That’s because these highly impactful, and often very profitable, “data-dependent” technologies rely on your “data labor” — your clicks, ratings, reviews, photos, and posts that can be used to develop and improve data-dependent technologies.

However, only tech companies themselves can choose exactly how these technologies are used and who shares in their economic winnings. In other words, there exists a massive power imbalance between the public who provide “data labor” and companies who reap influence and economic benefits from this labor.

This is especially concerning in light of the growing evidence about Big Tech’s monopoly power, algorithmic biases, and labor practices, which seriously raises the stakes for discussions around “checking” the power of Big Tech. Currently, individuals may struggle to find a way to add their voice to the discussion. Data leverage can provide a new avenue for amplifying collective voices giving the public at large greater influence in changing tech companies practices. While regulation, worker organizing, and traditional forms of activism all provide promising means for addressing these concerns, data leverage may be an important complement.

The fact that many technologies are so dependent on data from the public suggests that if a large enough group of people were to change their data-generating behaviors, they could gain leverage over tech companies. This could involve withholding future data contributions, deleting historical data, engaging in deceptive behavior to create “poisoned” data, or giving data to a competitor more in line with the group’s values. This leverage could be used to gain concessions ranging from new practices around data privacy to major changes to the data economy (e.g. profit sharing or the creation of “data dividends“).

Each data lever is a tool in the public’s toolbelt, and each has its own strengths and weaknesses. While it might be too hard to organize a large enough data strike to bring down a large search engine, a group could use conscious data contribution to boost up a competing search engine. Another group could try to use data poisoning to make the search engine fail in a major, attention-grabbing fashion.

More power when paired with regulation

We argue that data leverage can be a powerful complement to existing approaches for addressing concerns related to Big Tech. In particular, data leverage is highly synergistic with enhanced data protection regulation. Laws that make it easier for an individual to delete their data and force companies to remove this data from their models can dramatically amplify data strikes. Laws that make it easier to transfer data from one platform to another will make it much easier to engage in conscious data contribution. A major open challenge, likely requiring the efforts of scholars from disciplines, will be untangling the legal and ethical knots involved in data poisoning.

Trying to shift the balance of power in the relationship between the public and tech companies seems daunting, but there are many reasons to remain hopeful. Tools that can help data leverage already exist, driven by efforts to protect privacy. There are ongoing movements to simplify the process of wielding data leverage collectively from organizations such as the Data Dividend Project, the Data Dividend Initiative and Consumer Reports Digital Lab.

Nick Vincent and Hanlin Li are Ph.D. students in the People, Space, and Algorithms Research Group in the School of Communication, where they study the relationships between human-generated data and computing technologies like Facebook and Google. Their goal is to find ways to mitigate the negative impacts of these technologies.

At the ACM FAccT 2021 conference, Vincent and Li recently presented a framework of three relatively simple ways the public can leverage their data — the lifeblood of search engines and social media platforms — to help hold Big Tech firms more accountable.