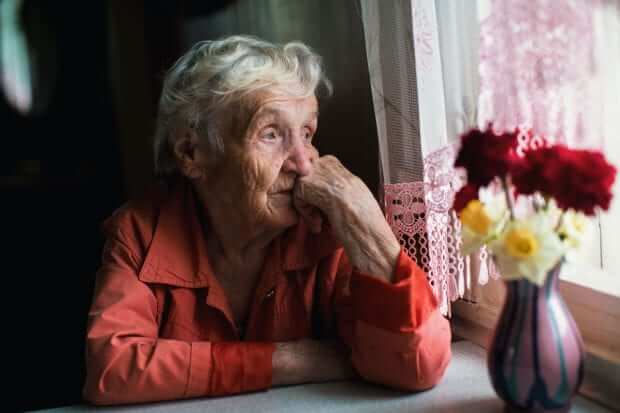 A new study from researchers at Rice University has found that bodily inflammation after the death of a spouse can predict future depression.

A new study from researchers at Rice University has found that bodily inflammation after the death of a spouse can predict future depression.

“Inflammation and future depressive symptoms among recently bereaved spouses” will appear in the June 2021 edition of the journal Psychoneuroendocrinology. Lead author Lydia Wu, a Rice psychology graduate student, and Christopher Fagundes, associate professor of psychology and principal investigator for the Biobehavioral Mechanisms Explaining Disparities (BMED) lab at Rice, led the study. The research team evaluated 99 people who lost their spouses within 2-3 months of the study on a number of factors, including physical and mental health, across a three-month period.

“Prior research has already linked bodily inflammation to a host of health issues, including cancer, memory issues, heart problems and depression,” Wu said. “We were interested in how systemic inflammation affects the mental health of spouses after losing a loved one. In particular, can inflammation help us identify who will experience clinical levels of depression at a future point in time?”

The researchers found that widowed spouses who had higher levels of bodily inflammation right after the loss of their partners showed more severe symptoms of depression three months later than those with lower inflammation, especially if they didn’t experience significant depression initially.

Fagundes said depression following the death of a spouse is normal, and research shows that undergoing psychotherapy right away can actually interfere with people’s natural ability to cope.

“We know that most people are remarkably resilient,” he said.

However, when depression is persistent or occurs six or more months after a spouse’s death, it may be a sign that clinical intervention is needed, Fagundes said.

“Until this study, it was difficult to know who was at risk for these persistently high levels of depression and grief until the six-month mark,” he said. “This study identifies a potential biomarker that could help us predict who is at greatest risk for long-term repercussions of loss.”

“This information makes early intervention possible,” Wu said. “We can identify at-risk bereaved persons and introduce them to interventions early on to improve their mental health.”

The researchers said more research is needed to determine who might be at greatest risk.

Angie LeRoy and Cobi Heijnen were co-authors of the study.

The death of a spouse is a devastating event that can affect many aspects of the surviving partner’s life. Sleep loss that often follows can have a negative long-term impact on the health of the widowed spouse, according to new research from Rice University.

“Socioeconomic disparities in health: Changes in sleep quality and inflammation during bereavement” will appear in the August edition of the journal Comprehensive Psychoneuroendocrinology. Lead author Lydia Wu, a psychology graduate student at Rice, and Christopher Fagundes, associate professor of psychology and principal investigator for the Biobehavioral Mechanisms Explaining Disparities (BMED) lab at Rice, led the research team.

“We already know from existing research that widowed spouses are at greater risk of heart problems or death, especially in the months following the loss of their partner,” said Wu. “We also know that death of a spouse can dramatically affect sleep quality of surviving loved ones. We wanted to see whether changes in sleep were linked to changes in immune health in surviving partners.”

The researchers examined bloodwork and questionnaires evaluating sleep quality, health and demographic information three and six months after the death of spouses from 106 study participants. They found a significant link between increased sleep disruption and increased levels of bodily inflammation (confirmed by the presence of pro-inflammatory cytokines in the bloodstream).

They also found that the immune health of less educated people was more sensitive to changes in sleep quality than those with higher levels of education. In addition, surviving spouses with less education showed greater volatility in inflammation levels when sleep quality worsened or improved than those with more education. Inflammation is a key player in the development of many age-related diseases, including cardiovascular disease.

“We are finding again and again that sleep quality plays a major role in a person’s health,” Fagundes said. “This study adds to existing research showing that socioeconomic differences can exacerbate the health risks of grieving individuals.”

The researchers hope the study results will lead to the creation of interventions to help improve the sleep and therefore the health of surviving spouses.