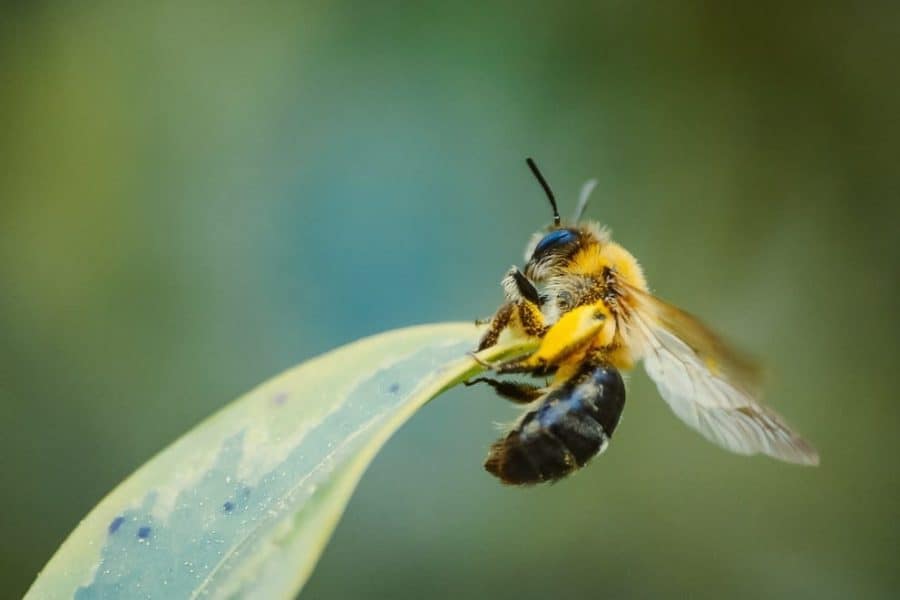 The study found that experimental plots surrounded by 15 or more connected acres of greenspace and flowering prairies containing native plants, like the one pictured here, created conditions most conducive to the conservation of native bees and predatory wasps.

A new fungus strain could provide a chemical-free method for eradicating mites that kill honey bees, according to a study published this month in Scientific Reports.

A team led by Washington State University entomologists bred a strain of Metarhizium, a common fungus found in soils around the world, to work as a control agent against varroa mites. Unlike other strains of Metarhizium, the one created by the WSU research team can survive in the warm environments common in honey bee hives, which typically have a temperature of around 35 Celsius (or 95 F).

“We’ve known that metarhizium could kill mites, but it was expensive and didn’t last long because the fungi died in the hive heat,” said Steve Sheppard, professor in WSU’s Department of Entomology and corresponding author on the paper. “Our team used directed evolution to develop a strain that survives at the higher temperatures. Plus, Jennifer took fungal spores from dead mites, selecting for virulence against varroa.”

Varroa destructor mites, small parasites that live on honey bees and suck their “blood,” play a large role in Colony Collapse Disorder, which causes beekeepers to lose 30-50% of their hives each year. The mites feed on bees, weakening their immune systems and making them more susceptible to viruses.

The main tools beekeepers use to fight varroa are chemicals, such as miticides, but the tiny pests are starting to develop resistance to those treatments, Naeger said.

Metarhizium is like a mold, not a mushroom. When spores land on a varroa mite, they germinate, drill into the mite, and proliferate, killing it from the inside out. Bees have high immunity against the spores, making it a safe option for beekeepers.

Stamets, who did some of the initial testing with Metarhizium that showed the fungus couldn’t survive hive temperatures, was impressed by the work done by the WSU researchers.

“Science progresses through trial and error, and my technique wasn’t economical because of the hive heat,” he said. “But Jennifer did enormous amounts of culture work to break through that thermal barrier with this new strain. It’s difficult to really appreciate the Herculean effort it took to get this.”

Han and Naeger screened more than 27,000 mites for levels of infection to get the new strain.

“It was two solid years of work, plus some preliminary effort,” Han said. “We did real-world testing to make sure it would work in the field, not just in a lab.”

This is the second major finding to come from WSU’s research partnership with Stamets involving bees and fungi. The first involved using mycelium extract that reduced virus levels in honey bees.

The next step is to seek approval from the Environmental Protection Agency to use Metarhizium on hives used in agriculture. The team must also finalize delivery methods for beekeepers to apply the fungus in hives.

“We hope in 10 years that, rather than chemical miticides, Metarhizium is widely used to control Varroa mites,” Sheppard said. “And that the mite problem for beekeepers has been significantly reduced.”

The team thinks the methods they developed to evolve Metarhizium for varroa control could be used to improve biocontrol agents in other crop systems as well.