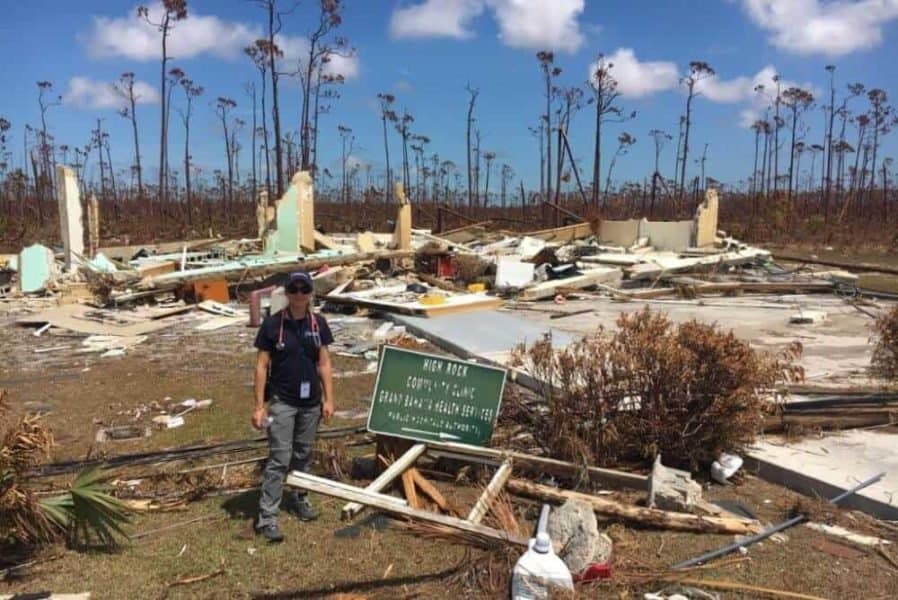 In the face of a mounting humanitarian crisis at the U.S./Mexico border, the Biden administration has acknowledged climate change among the powerful forces pushing migrants from Central America. A $4 billion federal commitment to address the root causes of irregular migration acknowledges the need for adaptation efforts to help alleviate the situation.

The challenge is not limited to the border. Last year, weather-related disasters around the world uprooted 30 million people – more than the population of the 14 largest U.S. cities combined – and wildfires displaced more than a million Americans, according to the Internal Displacement Monitoring Centre.

Below, Stanford climate and behavior experts discuss how climate change’s effect on migration will change, how we can prepare for the impacts and what kind of policies could help alleviate the issue. The researchers include Chris Field, a climate scientist who has led UN Intergovernmental Panel on Climate Change efforts to analyze climate-related risks, impacts and adaptation opportunities; Gabrielle Wong-Parodi, a behavioral scientist who studies how people react to challenges associated with global environmental change; Erica Bower, a PhD student who studies human mobility in the context of climate change impacts and served as a climate change and disaster displacement specialist at the UN Office of the High Commissioner for Refugees; Nina Berlin Rubin, a PhD student in Earth system science whose research focuses on decision-making in the face of climate extremes.

What is a common story of climate migration in the U.S./Mexico?

Bower: Climate change is a threat multiplier – it can exacerbate economic insecurity or political instability, which in turn may lead to migration. In the “dry corridor” of Central America, for example, climate change extremes such as droughts may hinder crop production. Without a consistent source of food or income, a farmer may seek other livelihood opportunities in a nearby city or further north. When combined with poverty or violence, a drought may make the perilous journey north seem to be a more promising adaptation or survival strategy.

How has climate change’s effect on the tide of refugees in the U.S./Mexico border changed in recent years?

Bower: In recent years, climate change has made extreme weather events stronger and more frequent, which may contribute to migration decisions. However, given the multiple reasons why people move, we do not have the evidence required to say with certainty precisely how climate change has affected net migration flows to the U.S./Mexico border.

What does the future hold for climate-related migration at the border? What should we expect, and how should we prepare for it?

Field: In the long run, stopping climate change is a key element of getting the situation under control. In the short run, there are lots of effective ways to decrease vulnerability. These range from improving agricultural practices to strengthening social safety nets. Across the full suite of possible vulnerability reduction measures, it is critical that the solutions are implemented in partnership with local communities and not imposed on them. In regions with high levels of corruption or political or criminal violence, it is much more challenging to make progress on vulnerability reduction.

Bower: We may need to change our approach to welcoming people across our southern border. The definition of refugee in international law is very narrow, and most people fleeing in climate change contexts – including from Central America to the U.S./Mexico border – are generally not recognized as refugees under international or domestic law. Newly proposed legislation in Congress would protect the human rights of people fleeing to the U.S. in the context of climate change.

How extensive is climate change’s effect on migration within the U.S.?

Wong-Parodi: We are seeing some evidence that people who feel more impacted by wildfires and secondary impacts like smoke are more likely to intend to move to a new state within the U.S. or even out of the country. The question that remains is whether the destination they are planning on moving to is more or less at risk for wildfires or other climate hazards.

Berlin Rubin: Exactly. One might decide to uproot their family and leave behind friends and neighbors in search of respite from wildfires and smoke, only to find themselves living somewhere with just as much wildfire risk – or exposure to other risks like flooding – as where they were before. And the reality is, as these fires become more frequent and destructive, people will have fewer options and less confidence that their destination is actually going to be free from wildfires.

Bower: We are also seeing that many communities are seeking government support to relocate away from sea level rise or flooding. A recent mapping exercise identified 36 cases of community-wide relocation in the U.S. alone since 1970.

How might federal and state policy lessen climate change’s impact role as a driver of migration at the border and within the U.S.?

Field: The U.S. Federal government can play a large role in addressing the core drivers of displacement, through three main pathways. It can decrease its contribution to warming through decreasing its greenhouse gas emissions. It can help other countries decrease their emissions through financial and technical assistance. It can also help poor countries adapt so that their people feel less pressure to migrate. This last pathway has the potential to be especially cost-effective in the near term, even though it cannot address all of the drivers of migration.

Is there any promising research/data gathering that could dramatically change how we understand and react to this challenge?

Field: It is likely that progress in decreasing pressure to migrate will require patience. One area where data can make a big difference is in cataloging investments in adaptation and following their consequences. At this point, we are not systematically cataloging and tracking adaptation efforts. A robust database can be the foundation for a new generation of evidence-based adaptation.

Berlin Rubin: Research at the individual level will help us better understand and characterize the psychosocial and experiential factors that motivate climate-related migration decisions. But leaving is only half the story. Tracking these migration pathways from origin to destination can speak to whether people are moving to safer areas or to areas that introduce new or heightened risks. We need to understand the local context in which people are making their decisions in order to get ahead of these challenges.