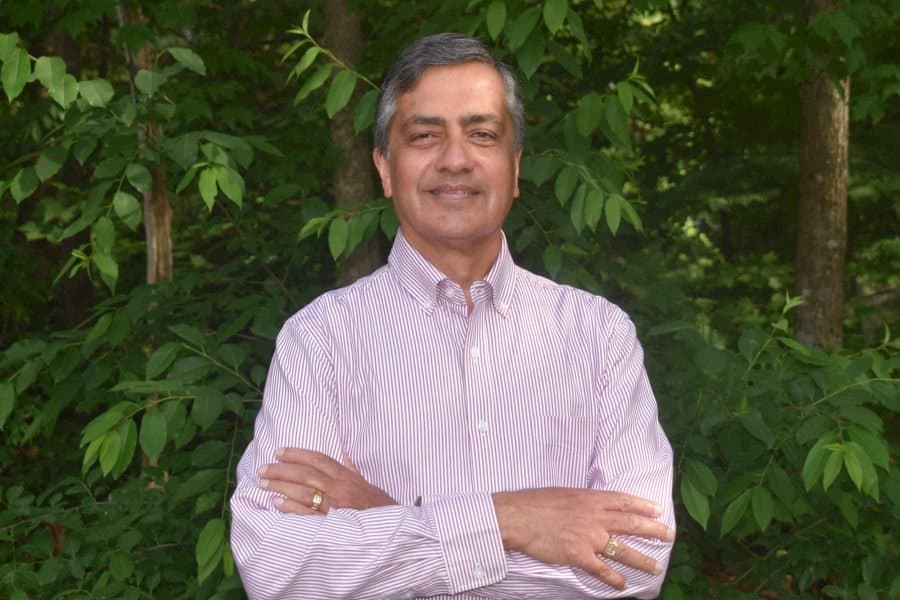 “I’m going back. It’s almost like a cycle in your life,” muses physicist Abhay Ram.

Ram, a principal research scientist at the Plasma Science and Fusion Center (PSFC) at MIT, is returning to a field he first embraced as a graduate student at the Institute 50 years ago: quantum mechanics. Funded by the U.S. Department of Energy, he is exploring different pathways for using the power and speed of quantum computing — when it is eventually available — to study electromagnetic waves in plasmas, the so called “fourth state of matter” that fuels fusion in stars and in energy experiments on earth.

Ram’s early education put him on a classical science trajectory. Intrigued with mathematics since high school days in India and Kenya, he chose the subject as his major during undergraduate studies at the University of Nairobi. His minor in applied mathematics directed him toward exploring physics-based problems. By the time he arrived at MIT, however, he was ready to move from classical mathematics and physics to quantum field theory, joining the Department of Physics to pursue his PhD.

“Those were exciting times,” Ram recalls. “Jerome Friedman and Henry Kendall were professors in the department, and they had done pioneering experiments exploring the internal structure of protons and neutrons. Professor Samuel Ting was doing state-of-the-art experiments which eventually led to the discovery of the subatomic J particle. Steven Weinberg, the famous theoretical physicist, was also at MIT at that time. I took a three-semester course taught by him on quantum mechanics and quantum field theory that really stimulated and motivated me to start working in the field.”

Not until he was a postdoc in the Department of Physics did he begin to feel drawn back to classical physics and practical applications. He was hearing a lot about fusion and its potential to create a virtually endless source of carbon-free energy on earth, but he was uncertain about pursuing research in this field.

“To me, coming from the physics department, fusion was an engineering problem, not a physics problem. But when I saw the connection between fusion and plasma physics, I really started to think there were many interesting possibilities.”

He credits an opportune postdoctoral position with electrical engineering and computer science professor Abraham Bers for providing him a path into the fusion community. Although he had no background in the topic other than his own reading, Ram began to feel comfortable in the new field and to understand different ways he could contribute, focusing his research on electromagnetic waves in plasmas and their interaction with charged particles.

“For diagnostics, we can either look at waves emitted naturally by the plasma or send waves into the plasma and observe their reflection,” Ram explains. “The latter would be similar to the way that a radar operates — it sends out a wave and then looks at the reflected wave to determine the location of an aircraft. When we use launched waves for diagnostics, the waves are of very small amplitude so that they do not modify the plasma, but tickle it just enough to get some information.”

To fully understand their observations, researchers need the help of computers. Using quantum mechanics to broaden the scope and speed of computations would be a boon to research in plasma physics, and would help optimize the performance of a fusion device.

With his recent funding, Ram hopes that returning to his quantum roots will ultimately accelerate understanding of classical electromagnetic wave phenomena in laboratory and space plasmas, which he has studied and taught for decades.

But can a classical physics question be handled on a quantum computer?

“What is interesting is that we take a classical problem — electromagnetic wave propagation in plasmas — and then try to mold or frame it so that it can be tackled on a quantum computer using algorithms that can be tested on present-day traditional computers. That means we’re taking a classical problem and converting it into a quantum problem.”

Ram notes that the ongoing research on wave propagation using traditional computers will provide a broad base for testing and verifying algorithms that will be implemented on quantum computers.

“Beyond that, due to gain in computational power, we will be able to rapidly solve complex problems that would be a challenge for classical computers,” says Ram. “Consequently, we could discover something new as we explore a broader range of physical phenomena.”

The real innovation will be in learning to use quantum computing to solve a classical equation, assuring that, once such computers are available, physicists will be ready with questions framed effectively for quantum calculations.

Ram feels fortunate to be aligning his early experience in quantum mechanics with the expertise he has developed in plasma physics at MIT. He credits support from his MIT mentors and colleagues for his professional growth and for providing a “free-flowing intellectual environment.”