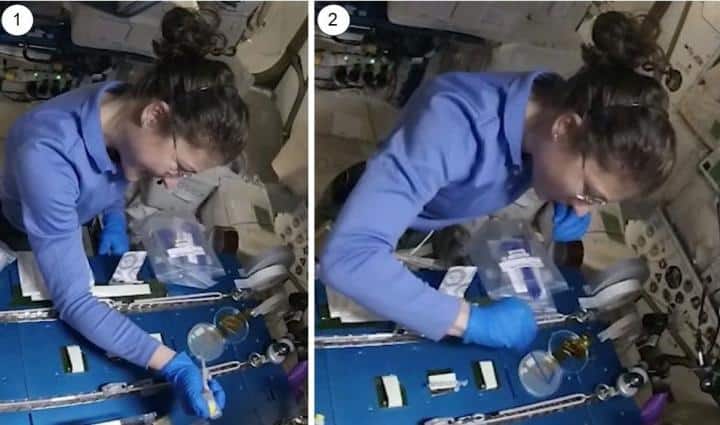 Researchers have successfully demonstrated a new method to study how cells repair DNA damage in space. Sarah Stahl-Rommel, Genes in Space, and her colleagues will present the new technique in the PLOS One journal on June 30, 2021.

An organism’s DNA may be damaged by normal biological processes, or environmental causes such as ultraviolet light. Damaged DNA can cause cancer in humans and other animals. There are many natural ways cells can repair damaged DNA. Space radiation can cause DNA damage to astronauts who travel outside the Earth’s protective atmosphere. It may be crucial to know which DNA-repair strategies the body uses in space. Research suggests that microgravity conditions could influence this decision, raising concern that repair may not be sufficient. The issue has been largely ignored due to safety and technological obstacles.

Stahl-Rommel, along with colleagues, have created a new way to study DNA repair in yeast cells. This can be done entirely in space. This technique uses CRISPR/Cas9 genome editor technology to cause precise DNA damage. DNA repair mechanisms can then easily be observed in greater detail than with radiation or other causes. This method targets a particular type of DNA damage, known as a double strand break.

Researchers successfully tested the new method on yeast cells aboard the International Space Station. The technique is expected to allow for extensive space research on DNA repair. This is the first space-based CRISPR/Cas9 gene editing experiment. It also marks the first space-based successful transformation of live cells to incorporate genetic material from outside.

Future research may refine the method to mimic complex DNA damage caused ionizing radiation. This technique could be used as a basis for research into many other topics in molecular biology related to space exploration and long-term space exposure.

Sebastian Kraves, senior author, stated that it wasn’t just that the team was able to successfully deploy novel technologies such as CRISPR genome editing and PCR in extreme environments, but that they were also able to integrate them in a functionally complete workflow for biotechnology that can be used to study DNA repair and other fundamental cell processes in microgravity. These new developments give hope to humanity’s renewed desire to explore and live in the vast expanses of space.

Stahl Rommel, first author, says that Genes in Space-6 was a highlight in her career. She witnessed firsthand how much can be achieved when innovative students are supported and encouraged by NASA, industry, academia, and NASA, she said. Because of their expertise, the researchers were able to do complex science that is high-quality and beyond Earth’s borders. This collaboration is a great example for students and senior researchers, she believes.

Sarah Castro-Wallace, co-author, said that it was an honor to support Genes in Space-6. It is still amazing to me how sophisticated the science was when an organism was transformed and its genome edited using CRISPR/Cas9 in order to break down the DNA. Then, it was grown to allow for DNA repair. Finally, its DNA was sequenced in spaceflight onboard the ISS. This is a major step forward in space biology. This is a testament to both the Genes in Space Program and the outstanding students.