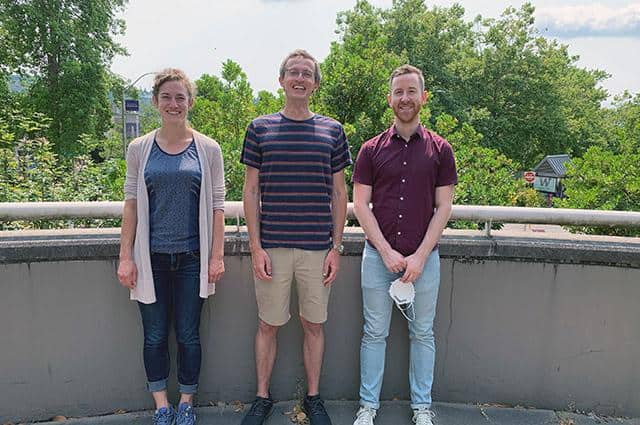 Three mutations in the Epsilon coronavirus Spike protein dampen the neutralizing potency of antibodies induced by current vaccines or past COVID infections.

The mutations give this coronavirus variant of concern a means to totally evade specific monoclonal antibodies used in clinics and reduces the effectiveness of antibodies from the plasma of vaccinated people.

To better understand the exact immune escape strategies at work here, the scientists visualized this variant’s infection machinery to see what is different from the original configuration of the pandemic coronavirus, and what the implications of these changes are.

The international project was led by David Veesler’s lab in the Department of Biochemistry at the University of Washington in Seattle and by Luca Piccoli and Davide Corti of Vir Biotechnology.

For several years, the Veesler lab and its collaborators have been exploring the molecular conformation and infection mechanics of SARS-like coronaviruses. They also examine how antibodies attempt to block infection mechanisms, and how variants come up with new dodges.

Their latest data shows that the Epsilon variant “relies on an indirect and unusual neutralization-escape strategy,” according to the researchers.

Their findings are published as a First Release paper in the latest edition of Science. Read the paper.

A molecular clock analysis timed the emergence of the precursor to the Epsilon variant to May of 2020 in California. By summer of 2020 it had diverged into its B.1.427/B.1.429 lineages. COVID cases from the variant increased quickly, and the variant soon became widespread in the United States.  It has now been reported in at least 34 other countries.

Like the original SARS-CoV-2, the variant infects target cells through its spike glycoprotein – the structure that crowns the surface of the virus.  The researchers found that the Epsilon mutations were responsible for rearrangements in critical areas of the spike glycoprotein; electron cryomicroscopy studies showed structural changes in these areas. Visualizing these mutations help explain why antibodies had difficulty binding to the spike glycoprotein.

One of the three mutations in the Epsilon variant affected the receptor binding domain on the spike glycoprotein. This mutation reduced the neutralizing activity of 14 out of 34 neutralizing antibodies specific to that domain, including clinical stage antibodies.

The scientist believed that uncovering mechanisms of immune evasion, such as this newfound mechanism based on signal peptide modification, is as important as variant surveillance through RNA sequencing. Together, they note, such efforts could help to successfully counter the ongoing pandemic.

The lead scientists on this project were Matthew McCallum and Alexandra C. Walls of the UW School of Medicine Department of Biochemistry; Jessica Bassi and Anna de Marco of Humabs Biomed; and Alex Chen of Vir Biotechnology.

This study was supported by the National Institute of Allergy and Infectious Diseases (DP1AI158186 and HHSN272201700059C, U01 AI151698-01), Pew Biomedical Scholars Award, Investigators in the Pathogenesis of Infectious Disease Awards from the Burroughs Wellcome Fund, Fast Grants, Natural Sciences and Engineering Research Council of Canada, and Pasteur Institute.