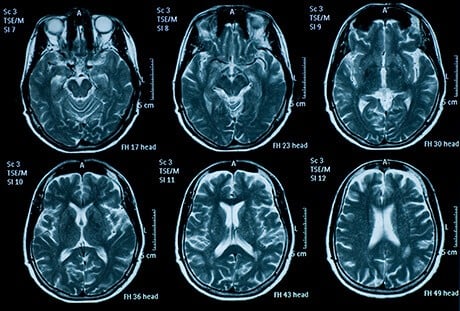 Researchers have made significant advancements in correlating aberrations in specific brain circuits with neuropsychiatric conditions like depression. However, it remains difficult to prove that damage to these circuits causes the symptoms themselves and that targeting them with therapeutics could help patients. By integrating brain lesion datasets with data on how two treatments — deep brain stimulation (DBS) and transcranial magnetic stimulation (TMS) — influence neuropsychiatric disorders, researchers from Brigham and Women’s Hospital and collaborators developed a new brain mapping approach that may help clarify the cause of a variety of neuropsychiatric conditions and identify promising stimulation sites to target therapeutically. Findings are published in Nature Human Behavior.

“This is a new technique that uses existing data on patients with brain damage to develop new treatment targets for real-world patients with similar symptoms,” said the paper’s corresponding author, Shan Siddiqi, MD, of the Center for Brain Circuit Therapeutics at the Brigham. “In principle, this should open the floodgates for researchers to study any stroke- or brain-injury-associated symptom to find a new treatment target for people who developed the same symptom without brain damage.”

The researchers developed their approach using data on depression and Parkinson’s disease, both of which are already associated with well-defined brain lesions and are commonly treated with DBS and TMS. They combined the location and connectivity of 461 brain lesions, 101 DBS sites, and 151 TMS sites, and compared patients who developed depression, patients who had improvement in depression, and patients who had no change in mood. Using this approach, they identified a brain circuit that is an effective therapeutic target for both invasive and noninvasive brain stimulation treatments. The study also indicates that brain stimulation outcomes vary not according to the technique used — DBS versus TMS — but according to the circuit that is targeted.

The researchers are now working to refine circuit maps for other neuropsychiatric conditions such as anxiety disorders, post-traumatic stress disorder, mania, hallucinations, and movement disorders. Clinical trials are still necessary to determine whether physicians can relieve patient symptoms by targeting the brain circuits identified through the new approach. The authors of the study are currently conducting a trial to confirm the distinct TMS targets that they recently identified for depression and anxiety.

“Now that we have concrete evidence that lesions map to treatment targets, we can design more clinical trials to generate new treatments,” Siddiqi said. “This approach gives us highly rigorous hypotheses about treatment targets. When we don’t know much about the brain circuitry of a particular disorder, our study shows how to find the answer to that question and turn it into new treatment targets.”