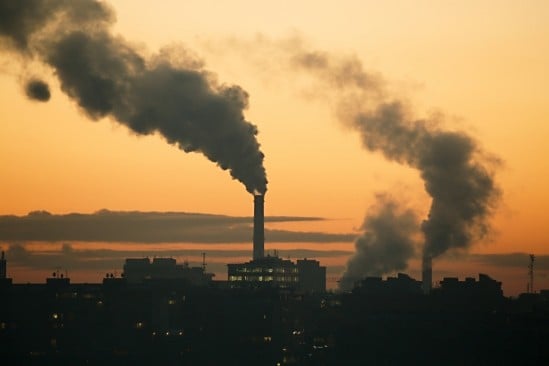 The recent extreme heat in the Western United States and Canada may seem remarkable now, but events like these are made more likely, and more severe, under climate change. The consequences are likely to be far-reaching, with overwhelmingly negative impacts on land and ocean ecosystems, biodiversity, food production and the built environment.

In spite of several high-profile attempts to limit emissions caused by human activities over the past several decades, atmospheric carbon dioxide has continued to rise steadily. If this trend continues, sufficient CO2 will be added to the atmosphere — the “remaining carbon budget” will be depleted — in about a decade to raise the long-term average global temperature by 1.5°C. That in turn raises the likelihood of dangerous and irreversible socioeconomic and ecological damage.

The most recent attempt to cooperatively limit global greenhouse gas emissions was COP21 in 2015, which resulted in the “Paris Agreement”, an international treaty that has been in force since. Under the Paris Agreement, individual countries pledge to reduce their emissions in order to keep global warming to no more than +1.5°C and “well below” 2°C. For the Paris Agreement to have any hope of succeeding, and for dangerous global warming to be avoided, it will be necessary to actively remove CO2 from the atmosphere, in addition to limiting emissions. Technically, once the remaining carbon budget is depleted, for every ton of CO2 added to the atmosphere, it will be necessary to remove a ton of CO2 later this century.

In other words, the researchers assert, should emissions continue after the carbon budget is depleted — which seems likely — the budget will go negative, and we will begin accruing a carbon debt. The greater this carbon debt grows, the faster and more dramatically the climate will change — it will become a more difficult problem to fix. This assumption is already baked into the net-zero pledges that countries have made. However, these pledges are still insufficient. There remains no uniform global strategy for national and sub-national governments, public organizations and private companies to get behind to pay down this carbon debt. This raises the risk that future generations will be unfairly burdened with massive debt, and challenges any long-term strategy to limit warming to +1.5°C. In short, in spite of near universal agreement on the need to achieve net-zero emissions, there remains a significant challenge to operationalize concerted action.

Before It’s Too Late
In their article, the researchers argue that to assure the viability of a future net-negative carbon economy, funds for future carbon debt repayment ought to be collected through a carbon pricing scheme before and while carbon debt is accrued. As lead author Johannes Bednar, a research scholar at the International Institute for Applied Systems Analysis (IIASA) in Austria and a Ph.D. student at Oxford University explained, “Economic logic dictates that the latest possible time to start doing that is [the moment] when the carbon budget becomes depleted.”

In the case of an idealized global emissions trading scheme, emission caps become more stringent as the carbon budget is depleted. For existing schemes, like that used by the European Union, this would mean reducing the quantity of currently scheduled emissions allowances. This risks making the whole scheme economically and politically untenable. The reduced number of allowances would, however, be compensated by Carbon Removal Obligations (CROs), obligating emitters to remove an equivalent quantity of CO2 in the future instead of paying a carbon price now, which may be insufficient to compensate for the eventual cost of warming. In the plan, carbon debt would be managed through CROs which establish legal responsibility for carbon debt repayment.

“We needed a scheme that would be resilient to future interference in its primary goal, which is to decarbonize the environment, yet still be as simple as possible,” Thomson said. “CROs work within the existing and foreseeable regulatory environment, and should also be appealing for capital markets. We started with the germ of an idea and worked it through collaboratively. Johannes developed a rigorous proof of concept model, and then pulled everything together beautifully.”

Emission trading schemes backed by CROs carry the risk of default by debtors. The authors propose that the latter be addressed by treating carbon debt like financial debt, and by imposing interest on carbon debt. Interest payments would be treated as a rental fee for temporarily storing CO2 in the atmosphere. Additionally, making CROs tradable assets facilitates the de-risking of intertemporal carbon markets.

The proposal resolves some of the inconsistencies in the current academic understanding of scenarios as well as foreseeable failures in climate policy over the long term. Instead of burdening future generations with excessive debt, CROs imply a more equitable distribution of financial flows and costs over time. Moreover, in climate mitigation scenarios, a larger portfolio of CO2 removal technologies usually goes hand in hand with increased carbon debt and therefore a greater reliance on CO2 removal in the future.

“CROs completely change how we see [carbon dioxide removals], from magical tools to enable a 30 year long period of the ‘grand atmospheric restoration project’ to a technology option that is developed and tested today and flexibly and more incrementally scaled throughout the 21st century and possibly beyond,” noted study co-author Michael Obersteiner, director of the Environmental Change Institute (ECI) at Oxford University and a senior research scholar at IIASA.

With CROs in place, carbon debt is penalized through interest payments. Should CROs be rolled out rapidly, the interest on carbon debt would incentivize large-scale near-term CO2 removal on top of conventional emission reductions. This would help to minimize carbon debt and its associated risks, and consequently facilitate a more rapid path to net-zero than scheduled by most countries.