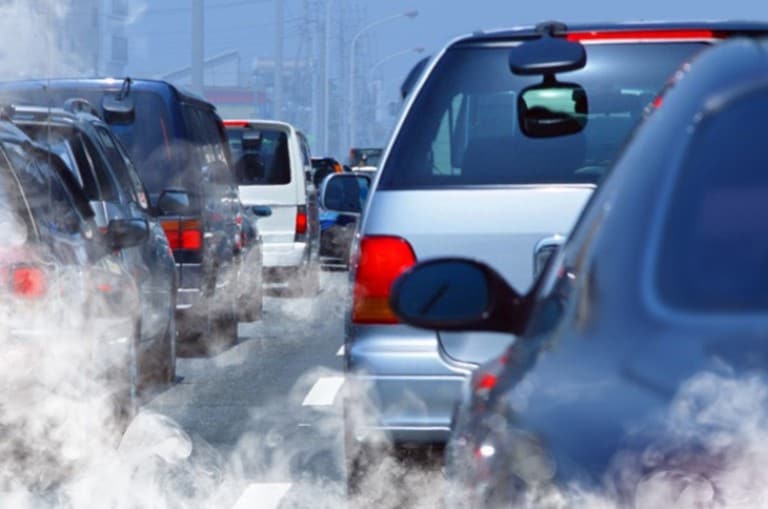 In areas of North Carolina where the air has higher levels of particle pollution than the World Health Origination recommends, Duke Health researchers have found that residents had elevated rates of death and hospitalizations for Alzheimer’s disease.

The findings, appearing online in PLOS ONE, are consistent with other research establishing an association between air pollution and increased risk of neurological conditions such as Alzheimer’s and Parkinson’s diseases.

Notable in the Duke team’s findings, however, were the levels of air pollution that suggest concern. The type of pollution in question is particulate matter – the tiny residue from traffic, coal burning power plants, and various industrial processes that spew into the air.

All sites in North Carolina meet EPA standards for 35 micrograms of particulate matter per cubic meter of air. But some areas of the state, including the region around Charlotte, exceed the more stringent standard set by the WHO of 10 micrograms per cubic meter.

The researchers found that people in those areas have higher rates of Alzheimer’s disease deaths and hospitalizations than residents in areas where pollution levels fall below the WHO standard.

“Even at levels where the air quality is considered acceptable by EPA standards, long-term exposures to higher levels of particulate matter appear to have health consequences,” said Julia Kravchenko, M.D., Ph.D., an assistant professor in Duke’s Department of Surgery and corresponding author of a study. “This suggests that making the air cleaner could help reduce the Alzheimer’s disease burden in U.S. populations.”

Kravchenko and co-authors — including senior author H. Kim Lyerly, professor in the departments of Immunology, Surgery and Pathology at Duke — analyzed North Carolina mortality and hospital admissions data for associations with levels of particle pollution. They identified 87 North Carolina zip codes where particulate matter was above the recommended WHO level and compared them to 81 N.C. areas with lower levels of the air pollution.

Residents in the more polluted areas were found to have higher age-adjusted rates of mortality and hospital admissions for Alzheimer’s disease and, to a lesser extent, for non-Alzheimer’s dementia and Parkinson’s disease.

The researchers adjusted for cofactors such as race, sex, income, education and health care access, as well as the level of arsenic in topsoils, because arsenic exposure has been cited as a risk factor for Alzheimer’s disease. Even with the adjustments, the risk of death from Alzheimer’s disease was 35% higher in populations living in zip codes with particulate matter levels exceeding the WHO standard compared to the residents of NC areas with lower levels.

“These findings identify the potential impact of air pollution that slightly exceeds what the WHO considers a safe level and are actually under the level considered safe by the EPA,” Lyerly said. “It’s important to know that this range of air contaminants is associated with higher Alzheimer’s disease burden, because a large percentage of people worldwide are exposed to these low to moderate levels of particulate matter.”

The study was also co-authored by Sung Han Rhew from the University of Minnesota Medical School.