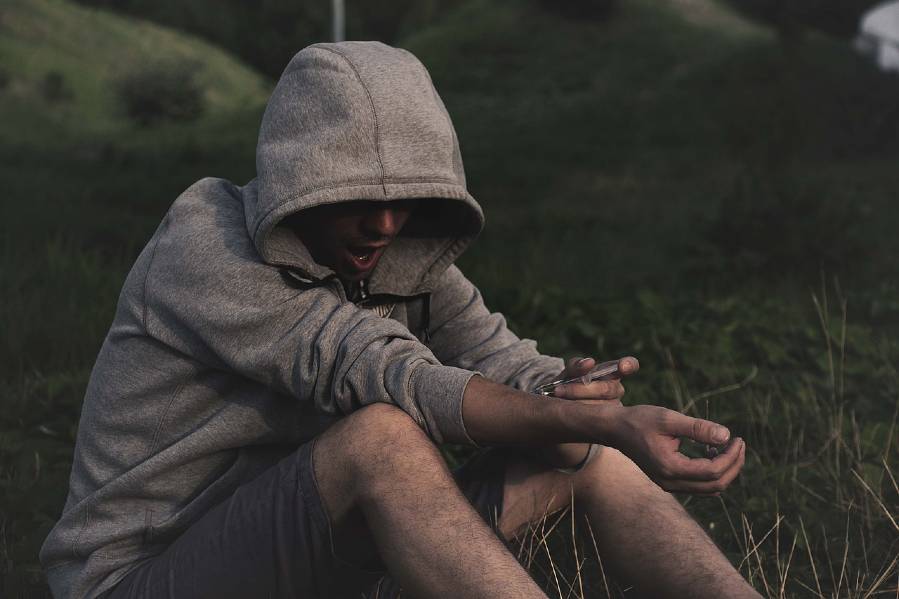 High-dose buprenorphine therapy, provided under emergency department care, is safe and well tolerated in people with opioid use disorder experiencing opioid withdrawal symptoms, according to a study supported by the National Institutes of Health’s National Institute on Drug Abuse (NIDA) through the Helping to End Addiction Long-term Initiative, or the NIH HEAL Initiative.

Lower doses of buprenorphine, a medication approved by the U.S. Food and Drug Administration to treat opioid use disorder, are the current standard of care. However, elevated doses of the medication may provide a critical extended period of withdrawal relief to people after being discharged from the emergency department that may help them navigate barriers to obtaining medications as well as accessing care for the treatment of opioid use disorder. The findings appeared today in JAMA Network Open.

“Emergency departments are at the front lines of treating people with opioid use disorder and helping them overcome barriers to recovery such as withdrawal,” said Nora D. Volkow, M.D., director of NIDA. “Providing buprenorphine in emergency departments presents an opportunity to expand access to treatment, especially for underserved populations, by supplementing urgent care with a bridge to outpatient services that may ultimately improve long-term outcomes.”

Some emergency departments already use higher doses of buprenorphine for the treatment of withdrawal and opioid use disorder in response to the increasing potency of the illicit opioid drug supply and commonly encountered delays in access to follow-up care, but this practice has not been evaluated previously.

In this study, researchers used a retrospective chart review to analyze data from electronic health records documenting 579 emergency department visits at the Alameda Health System‒Highland Hospital in Oakland, California, made by 391 adults with opioid use disorder in 2018. Many of the patients were from vulnerable populations, with 23% experiencing homelessness and 41% having a psychiatric disorder. Most patients were male (68%). Forty-four percent of patients were Black, and 15% were Hispanic or Latino.

The data analysis showed that in 63% of cases, the clinicians administered more than the standard upper limit of 12 mg of sublingual buprenorphine during emergency department induction, and in 23% of cases, patients were given 28 mg or more. Higher doses of buprenorphine were safe and tolerable, and among those given the higher doses, there were no reports of respiratory problems or drowsiness – possible side effects of the medication. The small number of serious adverse events that occurred were determined to be unrelated to high-dose buprenorphine therapy.

Studies have shown that initiating buprenorphine in emergency departments improves engagement in treatment and is cost effective, but barriers to the medication’s use persist. At the time of the study, there were strict controls on buprenorphine prescribing. While clinicians could dispense the medication in the emergency department, only those who had fulfilled the federal certification requirements related to training and ancillary services needed to obtain a buprenorphine prescribing waiver could provide a prescription upon discharge. Patients discharged without a prescription for buprenorphine may experience a return of withdrawal symptoms before they have a chance to access follow-up care. Recent changes to prescribing guidelines(link is external) by the U.S. Department of Health and Human Services now allow some clinicians treating up to 30 patients to prescribe buprenorphine without the previous training and services criteria.

“Once discharged, many people have difficulty linking to follow-up medical care,” said study leader Andrew A. Herring, M.D., of Highland Hospital Department of Emergency Medicine. “Adjusting the timing and dosage of buprenorphine in the emergency department, along with resources and counseling aimed at facilitating the transition to outpatient services, may provide the momentum needed to access continuing care.”

“This study enhances the evidence we know about emergency-department buprenorphine induction, and could be a gamechanger, particularly for vulnerable populations who would likely benefit from a rapid induction at the time of the visit,” says study author Gail D’Onofrio, M.D., of Yale University, New Haven, Connecticut, who published the original studies on emergency department-initiated buprenorphine, as well as recent consensus recommendations(link is external) on the treatment of opioid use disorder in the emergency department.

While the researchers note that their findings need to be prospectively confirmed in other emergency departments, this study suggests that with proper support and training, emergency medicine providers may safely and effectively initiate high-dose buprenorphine therapy.

The Helping to End Addiction Long-term Initiative, or the NIH HEAL Initiative, are registered trademarks and service marks, respectfully, of the U.S. Department of Health and Human Services.