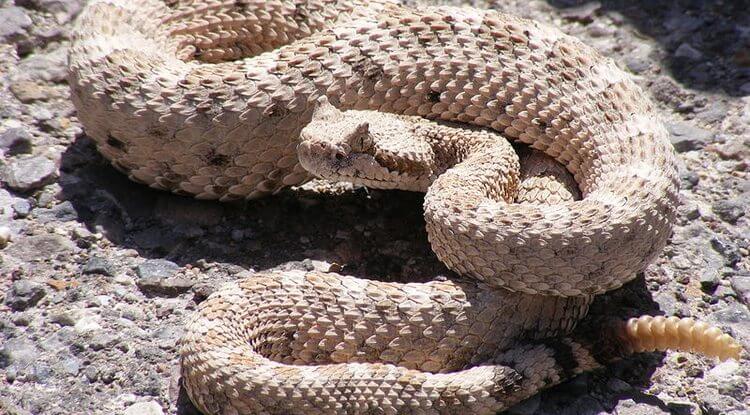 Indiana Jones hates snakes. And he’s certainly not alone. The fear of snakes is so common it even has its own name: ophidiophobia.

Kibret Mequanint doesn’t particularly like the slithery reptiles either (he actually hates them too) but the Western University bioengineer and his international collaborators have found a novel use for snake venom: a body tissue ‘super glue’ that can stop life-threatening bleeding in seconds.

Over the past 20 years, Mequanint has developed a number of biomaterials-based medical devices and therapeutic technologies – some of which are either licensed to medical companies or are in the advanced stage of preclinical testing.

His latest collaborative research discovery is based on a blood clotting enzyme called reptilase or batroxobin found in the venom of lancehead snakes (Bothrops atrox), which are amongst the most poisonous snakes in South America. Taking advantage of this clotting property, Mequanint and the international research team designed a body tissue adhesive that incorporates the special enzyme into a modified gelatin that can be packaged into a small tube for easy, and potentially life-saving, application.

“During trauma, injury and emergency bleeding, this ‘super glue’ can be applied by simply squeezing the tube and shining a visible light, such as a laser pointer, over it for few seconds. Even a smartphone flashlight will do the job,” said Mequanint, a Western engineering professor.

Compared to clinical fibrin glue, considered the industry gold standard for clinical and field surgeons, the new tissue sealant has 10 times the adhesive strength to resist detachment or washout due to bleeding. The blood clotting time is also much shorter, cutting it in half from 90 seconds for fibrin glue to 45 seconds for the new snake venom ‘super glue.’

This new biotechnology translates to less blood loss and more life-saving. The super-sealant was tested in models for deep skin cuts, ruptured aortae, and severely injured livers – all considered as major bleeding situations.

“We envision that this tissue ‘super glue’ will be used in saving lives on the battlefield, or other accidental traumas like car crashes,” said Mequanint. “The applicator easily fits in first aid kits too.”

In addition, the new snake venom ‘super glue’ can be used for suture-free, surgical wound closures.

Snake extract–laden hemostatic bioadhesive gel cross-linked by visible light was published today in the journal Science Advances. For the discovery, Mequanint collaborated with bioengineers, scientists and medical practitioners at the University of Manitoba and Army Medical University in Chongqing, China.

“The next phase of study which is underway is to translate the tissue ‘super glue’ discovery to the clinic,” said Mequanint.