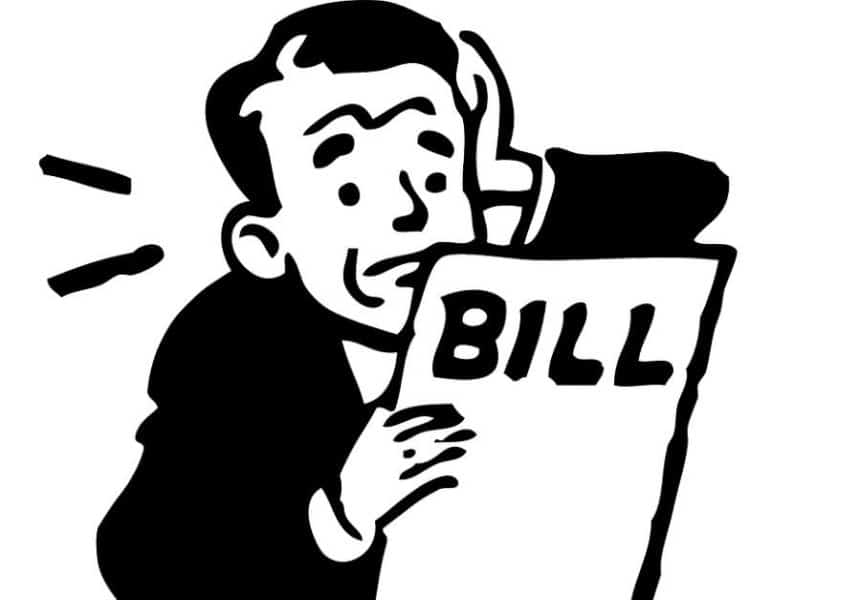 America’s medical debt has been widely tagged as an $81 billion crisis. The crisis part is spot on. The magnitude of the problem isn’t.

Groundbreaking research from Stanford economist Neale Mahoney indicates an even grimmer situation: Americans are actually saddled with at least $140 billion in outstanding medical debt. The earlier $81 billion figure — heavily cited during the last presidential election cycle — was based on a narrower measure of medical debt and a restricted sample of people.

The No. 1 source of debt collections

Published today in The Journal of the American Medical Association, Mahoney’s study is based on the largest-ever dataset of medical debt in the United States and examines all outstanding payments over time. It finds substantial variation across the country and by income, with debt loads hitting the poor and the South the hardest.

“This is a classic case of the rich getting richer and the poor getting poorer,” says Mahoney, an economics professor in the Stanford School of Humanities and Sciences, and the George P. Shultz Fellow at the Stanford Institute for Economic Policy Research (SIEPR).

While the overall amount of unpaid medical bills has declined nationwide since the Great Recession, the decline in total debt has been much smaller in the South. He also finds that the rate at which Southerners have been acquiring medical debt from one year to the next has been rising, most notably within low-income communities.

The reason, according to Mahoney’s research, appears to tie into the decision by many states in the South to not expand Medicaid as allowed under the Affordable Care Act (ACA). By comparison, in states that chose to broaden their public health insurance for low-income individuals, total medical debt fell significantly more, and the rates at which their residents — including those who live in the lowest-income areas — accumulated new debt from one year to the next also declined.

“It’s a really striking fact that the places with the highest levels of medical debt have experienced far smaller declines in medical debt, whereas the places that expanded Medicaid and were doing relatively okay to begin with have benefited the most from the expansion,” Mahoney says.

Mahoney and his co-authors also show the extent to which medical debt is front and center for many Americans. Medical debt is now the No. 1 source of debt collections, surpassing debt in collections from credit cards, utilities, auto loans, and other sources of combined. This occurred even as strong economic growth led to nationwide declines in all sources of debt, including healthcare.

“When you think about financial distress — debt collectors calling and knocking on doors of households — our research shows that more than half the time now, it is about medical debt,” Mahoney says. “That’s a pretty stunning and uniquely American phenomenon.”

Establishing a foundation for future research

For Mahoney, whose interest in financial distress and the U.S. healthcare system is rooted in his years as a Stanford masters and PhD student of economics, the question of how much medical debt Americans carry had gone unanswered for too long. He says the topic would come up from time to time in meetings with health economists, but there was never a clear answer.

Then in 2019, Bernie Sanders, while running for president, put a number on the problem that quickly grabbed headlines: $81 billion.

Mahoney, who recently won a prestigious award from the American Society of Health Economics, didn’t think the number was necessarily wrong. It was just based on a narrow measure and limited sample, and Mahoney wanted to count each and every dollar in medical debt listed on people’s credit reports.

With the $81 billion figure gaining exposure amid healthcare policy debates, Mahoney set out to paint a more complete picture of the problem and its breadth. He teamed with Raymond Kluender, an assistant professor at Harvard Business School; Francis Wong, a postdoctoral researcher at the National Bureau of Economic Policy Research; and Wesley Yin, an associate professor at UCLA’s Anderson School of Management.

The researchers gained access to a nationally representative, anonymized, random sample of TransUnion credit reports on nearly 40 million unique individuals, which they monitored monthly between January 2009 and June 2020. They tracked two key measures: the amount of total debt — medical and nonmedical — in collections over time, and the amount of new debt acquired in a 12-month period that is not in default.

They then examined patterns based on geography and per-capita income. For the Medicaid analysis, they looked separately at jurisdictions that did or did not expand Medicaid: 27 states and the District of Columbia expanded Medicaid as first allowed under the ACA in 2014; 11 states did the same in subsequent years; and 12 states (eight of which are in the South) have not done so.

Among their key findings, based on dollar amounts adjusted for inflation:

The study includes several caveats. For instance, Mahoney and his team point out that the data from TransUnion — one of the three nationwide credit reporting agencies — could differ from the others. The study’s calculations also don’t consider medical expenses paid with a credit card or another financial product. That’s because, if someone pays a hospital bill with a Visa or Mastercard and then defaults on the card payment, that debt shows up as credit card debt in collections.

Debts incurred during COVID-19 and medical debts disputed by consumers were also left out of Mahoney’s calculation. For all these reasons and because there are likely debts that go unreported to credit agencies, he says the nationwide medical debt estimate is probably larger than $140 billion.

Still, this latest study provides clarity on the size of the country’s medical debt crisis and a foundation upon which Mahoney and other researchers can generate fresh insights into its real-world impacts. Among other projects, Mahoney is currently studying a nonprofit’s medical debt forgiveness program to assess its effects on households.

“Our starting point was to provide some facts that set the scene for understanding medical debt in America and provide a foundation for follow-up work,” he says.