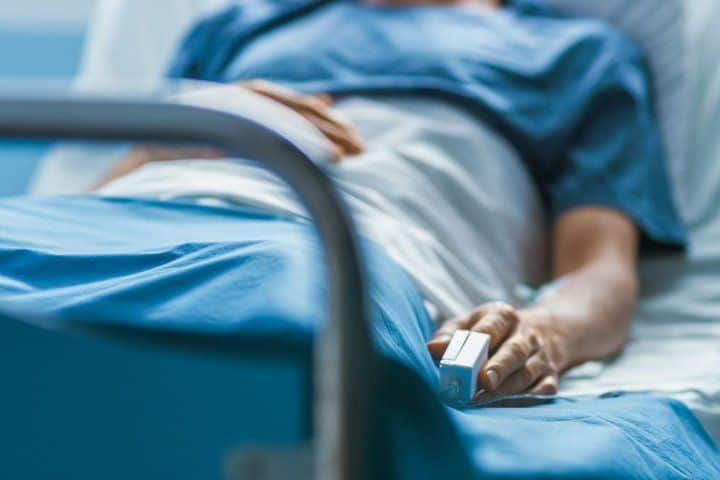 New research adds to a body of evidence indicating decisions about withdrawing life-sustaining treatment for patients with moderate-to-severe traumatic brain injury (TBI) should not be made in the early days following injury.

In a July 6, 2021, study published in JAMA Neurology, researchers led by UC San Francisco, Medical College of Wisconsin and Spaulding Rehabilitation Hospital followed 484 patients with moderate-to-severe TBI. They found that among the patients in a vegetative state, 1 in 4 “regained orientation” – meaning they knew who they were, their location and the date – within 12 months of their injury.

“Withdrawal of life-sustaining treatment based on early prediction of poor outcome accounts for most deaths in patients hospitalized with severe TBI,” said senior author Geoffrey Manley, MD, PhD, professor and vice chair of neurological surgery at UCSF and chief of neurosurgery at Zuckerberg San Francisco General Hospital, noting that 64 of the 92 fatalities in the study occurred within two weeks of injury.

“TBI is a life-changing event that can produce significant, lasting disability, and there are cases when it is very clear early on that a patient will not recover,” he said. “But results from this study show a significant proportion of our participants experienced major improvements in life functioning, with many regaining independence between two weeks and 12 months after injury.”

The patients in the study were enrolled by the brain injury research initiative TRACK-TBI, of which Manley is the principal investigator. All patients were 17 and older and had presented to hospitals with level 1 trauma centers within 24 hours of injury. Their exams met criteria for either moderate TBI (approximately one third of patients) or severe TBI.

In both groups, the most common causes of injury were falls, assault and primarily car and motorcycle crashes in which the patient had been a driver/passenger, pedestrian or cyclist.

The patients, whose average ages were 35 in the severe TBI group (78 percent males) and 38 in the moderate TBI group (80 percent males), were assessed using the Glasgow Outcomes Scale Extended (GOSE), which ranges from 1 for death to 8 for “upper good recovery” and resumption of normal life. The Disability Rating Scale (DRS) was also used to categorize impairment.

At 12 Months, Small but Significant Minority of Severe TBI Patients Had No Disability

At two weeks post-injury, 93 percent of the severe TBI group and 79 percent of the moderate TBI group had moderate-to-severe disability, according to the DRS, and 80 percent had GOSE scores from 2 to 3, meaning they required assistance in basic everyday functioning.

Most surprising were the findings for the 62 surviving patients who had been in a vegetative state, defined as a chronic state of brain dysfunction in which a person shows no signs of awareness. All patients had recovered consciousness by the 12-month mark and 14 out of the 56 with available data (1 in 4) had regained orientation. All but one survivor in this group recovered at least basic communication ability.

“These patients made the cut for favorable outcome,” said co-first author, Joseph Giacino, PhD, of Spaulding Rehabilitation Hospital, Massachusetts General Hospital and Harvard Medical School. “Their GOSE scores were 4 or higher, which meant they could be at home unsupervised for at least eight hours a day, since they were able to take care of basic needs, such as eating and toileting.”

The study follows previous research that shows a significant percentage of patients with grave impairments achieve favorable functionality many months or years later. This research, led by Giacino, coincided with the recommendation in 2018 from the American Academy of Neurology that in the first 28 days after injury, clinicians should refrain from telling families that a patient’s prognosis is beyond hope.

“While a substantial proportion of patients die or suffer lasting disability, our study adds to growing evidence that severe acute impairment does not portend uniformly poor long-term outcome,” said Manley, who is also affiliated with the UCSF Weill Institute for Neurosciences. “Even those patients in a vegetative state – an outcome viewed as dire – may improve, since this is a dynamic condition that evolves over the first year.”

Authors: Co-first author is Michael McCrea, PhD, of Medical College of Wisconsin. A full list of authors and TRACK-TBI investigators is available in the journal.

Funding: The study was supported by grants from the U.S. National Institutes of Health, National Institute of Neurologic Disorders and Stroke, U.S. Department of Defense, and TBI Endpoints Development (TED) Initiative.