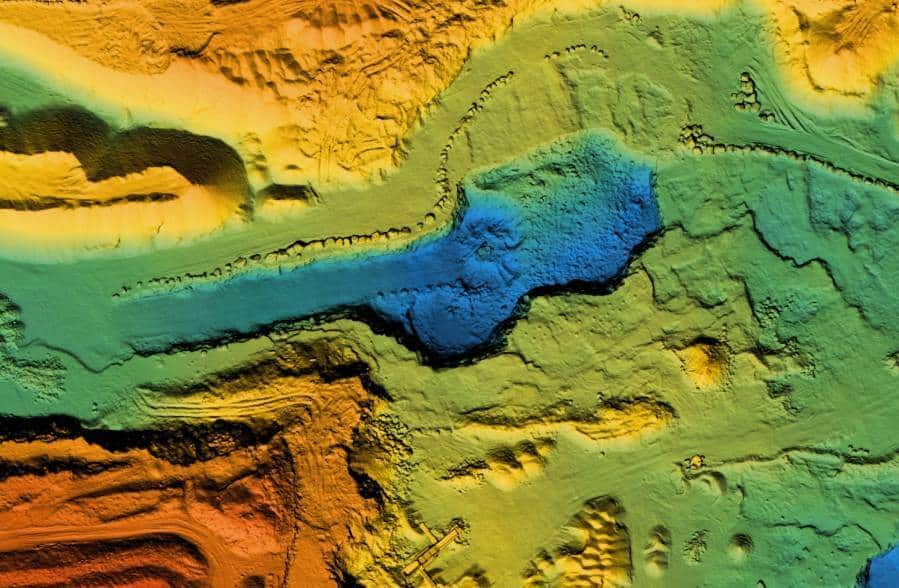 When using modern technology in archaeology, researchers can cause potential harm to the communities they are observing. A recent paper led by a team of Penn State researchers explores the ethics of archaeological remote sensing in sacred cultural spaces.IMAGE: ADOBE STOCK

Remote sensing — beginning with aerial photography — has been used for decades in one form or another in archaeology, but, the discussion on the ethical use of the information gathered through these methods is a newer topic, according to a team of researchers.

Dylan Davis, doctoral student in archaeology at Penn State, said that archaeologists can use a wide range of technologies to better see and understand how people have interacted with earth systems. This includes older methods such as photography but also includes newer technology, such as satellite imagery and LiDAR (Light Detection and Ranging), which provide detailed information of the surface below.

“Remote sensing is a tool, and it can be used for great things, or it can be used in ways that are extremely harmful,” said Davis, a member of the Olo Be Taloha Lab. “If you do not communicate what you are trying to do with these technologies with local communities, especially indigenous communities who may have been there for hundreds or thousands of years, the research you put together could tell a narrative that implicates them in something they are not responsible for.”

The researchers published their results in Archaeological Prospection.

A hypothetical example would be a research report that incorrectly states an observed community was directly responsible for destroying a rainforest, said Davis. Using the data from the report, the government then could potentially create laws that negatively affect the observed community.

“The whole idea is if you do not use these technologies in concert with local communities and ensure that they are aware of not only what you are doing but why you are doing it, including data on their relatives, their ancestors and their culture, you’re going to potentially misrepresent things and harm these communities,” he said.

Davis added that archaeologists who are doing research in person in a community traditionally communicate with the community that they are observing and acquire the necessary permissions and legal forms. The principles of remote sensing are not codified the same way as in-person archaeology, and therefore, there are no ethical guidelines that pertain specifically to remote sensing.

“The whole idea is if you do not use these technologies in concert with local communities and ensure that they are aware of not only what you are doing but why you are doing it, including data on their relatives, their ancestors and their culture, you’re going to potentially misrepresent things and harm these communities.”

Dani Buffa, a co-author on the paper and a doctoral student in the Olo Be Taloha Lab, said remote sensing can be particularly problematic in communities that recognize a sacredness in certain locales and limit visitation rights to or knowledge of that place to certain individuals. Researchers who use remotely sensed data should understand this may be deeply disturbing to some communities.

“In Madagascar, communities observe a wide variety of taboos, known as fady, to prevent physical harm to their families and community from angry spirits. Fady-regarding locations may prohibit access for all or just outsiders, and these rules are strict,” Buffa said. “Even if fady-like beliefs are not present in the community of interest, by not thinking about ethics, researchers risk betraying the trust of their partner community.”

Kristina Douglass, principal investigator for the Olo Be Taloha Lab,  Joyce and Doug Sherwin Early Career Professor in the Rock Ethics Institute and assistant professor of anthropology and African studies at Penn State, said communities all around the world continue to fight for their autonomy and sovereignty over their territories, livelihoods and culture.

“Remote sensing technology is incredibly powerful, and because it can be used from afar, it is often thought of as non-invasive,” Douglass said. “As technologies become more and more sophisticated and powerful, we have a responsibility to recognize the ways in which their application may infringe on communities’ rights.”

“As technologies become more and more sophisticated and powerful, we have a responsibility to recognize the ways in which their application may infringe on communities’ rights.”

The research team would like to remember Zafy Maharesy Dieu Donné Chrisostome, beloved colleague, team member and friend, who died suddenly in July 2021.