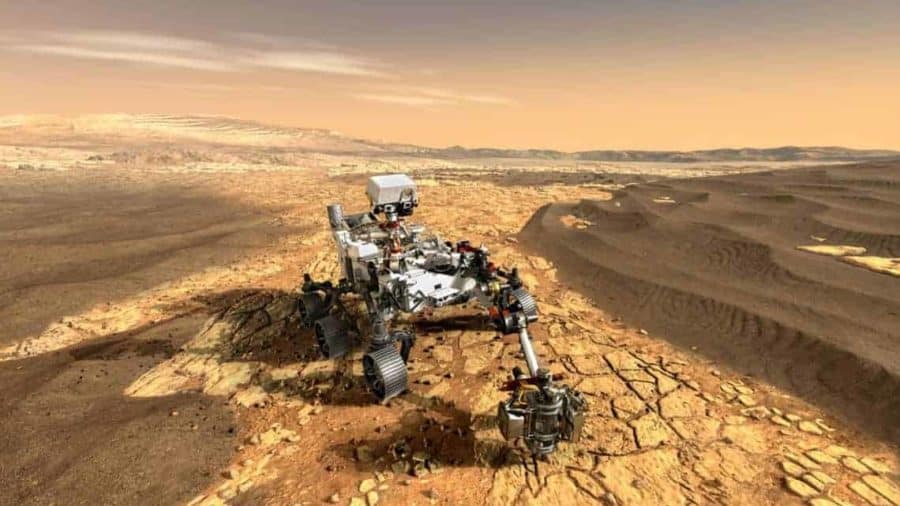 Of all the exciting aspects a space mission entails for a planetary scientist who makes a living studying the outer limits, it’s still the launch from ground zero that gets Briony Horgan’s heart pounding the most.

But the space launch carrying the Mars rover Perseverance is a little bit different. This is the thrill that is ongoing. She has quite a hand in the mission that launched one year ago on July 30 and landed on the red planet in February.

“We’re getting amazing data back. The site we’re in is absolutely spectacular, and we’re getting beautiful, national park-like views every day looking off across Mars,” Horgan said. “The launch was so exciting, but for this mission, every day is a whole new world in front of you.”

Horgan, an associate professor of planetary science in Purdue University’s Department of Earth, Atmospheric, and Planetary Sciences in the College of Science, has been part of several aspects of this mission. She led mineralogy research, and her team produced one of the major results on the location that contributed to NASA’s selection of Jezero Crater as the Mars landing site.

She also is on the rover’s Mastcam-Z camera team — the scientific eyes for Perseverance. And as one of the tactical science leads, Horgan works with the project’s engineering NASA lead to plan the next day’s activities for the rover, including driving, safety checks and hazard avoidance. To hear more about her role, her passion for this mission and working on “Mars Time,” listen to this “This is Purdue podcast.”

The Mars Perseverance rover flew 300 million miles over almost seven months before successfully landing on Feb. 18 in Jezero Crater, just north of the planet’s equator. The crater used to contain a lake and large river delta.

Horgan admitted she was surprised after realizing the mission is close to reaching the six-month mark on the Mars surface. The rover is traveling as far as 100 meters each day and is close to drilling its first sample from the Martian surface.

Samples collected by the rover will be collected from a central location by a future mission and taken to Earth for study.

“We’ve seen so many amazing rocks, and just so much cool science is happening,” Horgan said. “We’ve already made some interesting initial findings, but it still feels really fast.”

The Mars Perseverance rover mission still has more than 2 ½ years remaining. The hope is that the rover will continue to function long after that. Horgan said the mission already has accomplished more than any previous rover mission in just this short amount of time.

“Since the landing, we’ve all been working really, really hard and we’ve been able to do so much with this rover,” she said. “But there’s still a lot more to do, and I think we’ve set the right kind of pace and right expectations to get things done.”