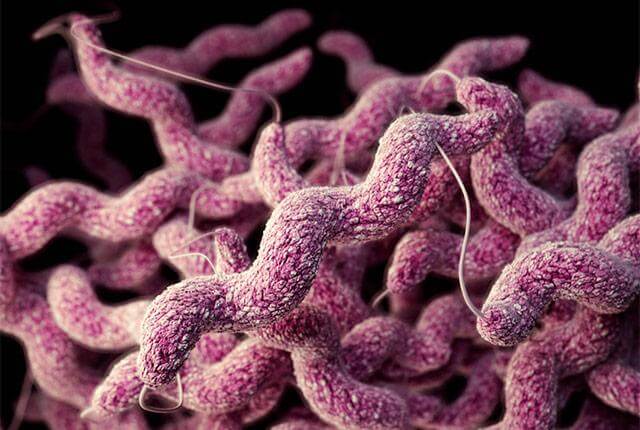 Many disease-causing bacteria such as Pseudomonasaeruginosa crawl on surfaces through a walk-like motility known as “twitching”. Nanometers-wide filaments called type IV pili are known to power twitching, but scientists ignore which sensory signals coordinate the microbes’ movements.

Now, EPFL researchers have found that Pseudomonas bacteria use a mechanism similar to our sense of touch to navigate on surfaces. “This study changes the way we think about motility in bacteria,” says senior author Alexandre Persat, a tenure track assistant professor at EPFL’s School of Life Sciences.

Scientists have known that cells from humans and other animals can direct themselves in the direction of stiffer or looser surfaces, but it was unclear whether bacteria could also guide their movement based on mechanical force, Persat says. That’s because most studies have focused on identifying mechanisms that guide bacteria to swim towards chemicals such as food, a phenomenon known as chemotaxis.

Research in the Persat lab has instead focused on how bacteria sense and respond to mechanical forces. Previous studies showed that Pseudomonas’ pilus works like a harpoon: after it extends and touches a surface, the pilus activates a molecular motor that retracts the filament, thus propelling the cell forward.

To understand what coordinates the pili motors, researchers in the Persat group and their collaborators at the University of California, San Francisco, looked at how individual Pseudomonas bacteria move on surfaces such as the bottom of a laboratory dish. The team suspected that a network of proteins called Chp system regulates twitching, so they analyzed bacteria that lacked different components of the Chp system. Some of these mutant bacteria could barely move as they kept twitching back and forth; others always moved forward, even when they bumped into an obstacle.

By combining fluorescent tags with a microscopy technique that helps to look at single pili in living cells, the researchers found that one messenger protein activates the pili to extend, propelling the cell forward, whereas another protein inhibits the formation of pili at the front of the moving cell. The two opposing messengers aren’t found in the same place within the cell. “The activator localizes to the front, where the cell feels the surface with its pili, while the inhibitor localizes everywhere else,” says study co-first author Marco Kühn.

When bacteria bump into an obstacle such as another cell, the inhibitor allows them to stop and change direction, the researchers found. “This helps the cells navigate based on what they feel in front of them — like a blind person using a white cane,” Persat says. The ability to sense the surrounding environment is useful when bacteria move as a group, he adds, as it helps the microbes to all crawl forward in the same direction.

The findings, published in PNAS, shed light on how bacteria move and could have important implications for human health. Pseudomonas aeruginosa, an opportunistic pathogen that is commonly found in soil, is a leading cause of hospital-acquired infections. Aggregates of Pseudomonas bacteria typically form on surfaces such as catheters and respirators and can be extremely resistant to disinfectants and antimicrobial drugs.

What’s more, past research from the Persat group showed that Pseudomonas usesits pili to regulate the secretion of toxins. For this reason, understanding more about the microbes’ “sense of touch” could help to develop new therapeutic strategies, Persat says.

Next, the researchers aim to uncover how the bacteria convert a mechanical stimulus into a cellular response, says study co-first author Lorenzo Talà. “We would like to understand the molecular mechanism behind the [bacteria’s] sense of touch,” he says.