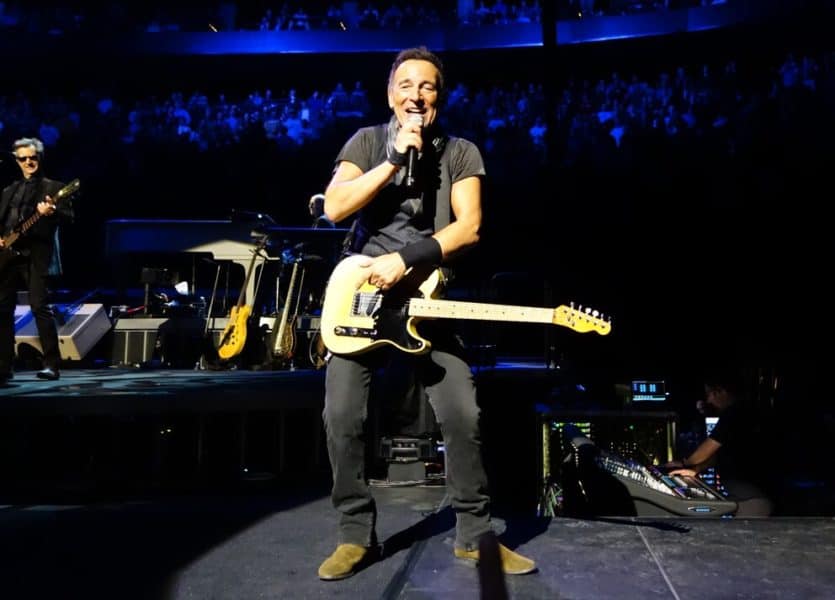 Bruce Springsteen has made a long career singing about his blue-collar, working class roots. But despite reaching super stardom since releasing his first album in the 1970s, a recent analysis found that Springsteen’s music has stayed “authentic” over time.

The study’s researchers examined the lyrics in Springsteen’s albums spanning the course of his career from “Greetings from Asbury Park, N.J.” in 1973 to “Western Stars” in 2019. They analyzed the albums’ lyrics to measure their “authenticity” — in this case meaning words that convey a sense of truthfulness and being honest about oneself.

They found that while authenticity varied across Springsteen’s 18 albums — rising in earlier albums, followed by a period of declining authenticity — it rose once again in later albums, peaking in “Western Stars.”

Joshua Smyth, distinguished professor of biobehavioral health and medicine at Penn State, said the findings — recently published in the journal Psychology of Aesthetics, Creativity, and the Arts — may hint at why Springsteen’s popularity continues to endure.

“Although music is more than lyrics, and some may connect to music that doesn’t reflect their personal lives, the words of a song are also important to why some people listen to music,” Smyth said. “We wanted to describe in an objective way how the language that Springsteen uses may help explain why some people connect with him and his music, and one of those reasons may be an enduring sense of authenticity.”

According to the researchers, music scholars have long considered “authenticity” and truthfulness as a hallmark of rock music. Springsteen is in particular seen as an authentic artist and musician among American rock icons.

According to the paper, to measure authenticity the program looked for “words that convey genuineness and honesty — including first-person pronouns — where higher numbers are associated with a more honest, personal and disclosing communication style and lower values suggest a more guarded, distanced form of communication.”

“As Bruce Springsteen fans ourselves, we’ve seen him live on many occasions and have been struck by the loyalty and passion of his fans,” said Seth Kalichman, professor of psychological sciences at the University of Connecticut. “How his music impacts the lives of people is remarkable. As psychologists, we have wondered what it is about Springsteen that is experienced so powerfully by so many and if aspects of the language he uses in his songs may be part of that puzzle.”

To perform their analysis, the researchers compiled all the lyrics from Springsteen’s albums that were written by him, amounting to 208 songs from 18 studio albums spanning 1973 to 2019. They then uploaded them to a program designed to analyze text for different characteristics.

The analysis also measured emotional tone and “cognitive processing,” or words that suggest cognitive activity, like “cause,” “know” and “ought.”

The researchers said that while other studies examining music often rely on close readings, reflection and qualitative judgements, they wanted to take a different, more data-driven approach in this particular study based on other findings.

“Previous research suggests that each individual has a ‘linguistic fingerprint,’” Smyth said. “In natural language and even when writing a song, for example, people use words with common patterns and themes. We applied this perspective when examining the word patterns in Springsteen’s lyrics.”

The researchers found that authenticity rose in his earlier albums until he released “Born in the U.S.A.” in 1984, after which authenticity began to decline. Authenticity then rose again, with his 2019 album “Western Stars” having the greatest level of authenticity across his entire career up to that point.

“We also found that cognitive processing declined across albums, and that his songs are mostly focused on the present and tend to express positive emotion,” Kalichman said. “These patterns are a bit different from those observed in popular music more broadly, which has more typically shown greater negativity and increased cognitive processing over time.”

The researchers added that although lyrics can have a big impact on how someone connects with a song, there are many other factors that can impact how authentic a performer is perceived to be — including public persona, marketing, media appearances and live performances, among others — and that future research could continue to study Springsteen’s work and how it influences people.