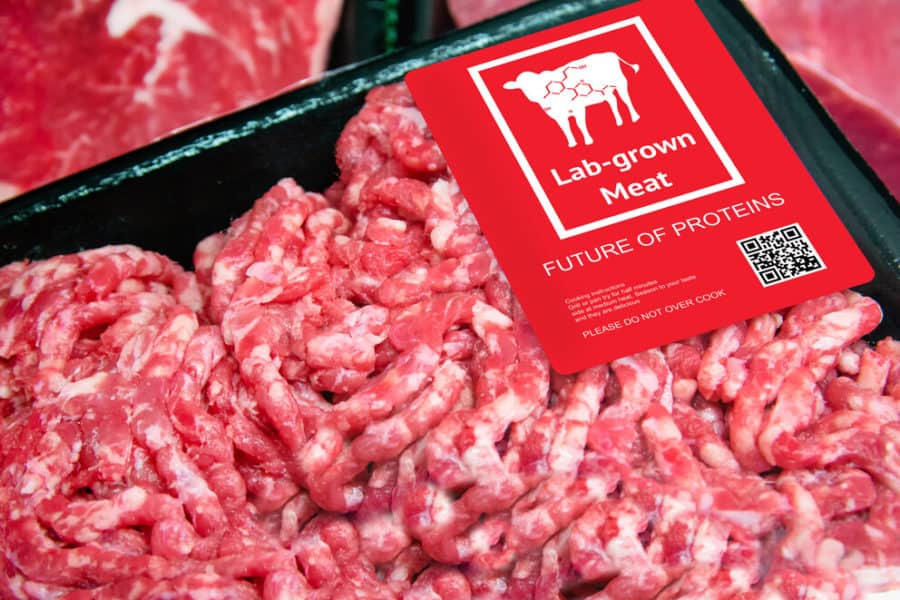 Although cellular meat like this is not yet widely available to consumers, its proponents believe that cellular agriculture could provide many environmental and health benefits. However, cellular agriculture could also concentrate ownership and power in the global food system, researchers suggest, namely by displacing ranchers, farmers, fishermen and ancillary industries. IMAGE: GETTYIMAGES JIRARIJ PRADITCHAROENKUL

Depending on how it occurs, the development of cellular agriculture — food grown in factories from cells or yeast — has the potential to either accelerate socioeconomic inequality or provide beneficial alternatives to the status quo.

That’s the conclusion of a new study led by Penn State researchers, who assessed the potential trajectories for a new technology that synergizes computer science, biopharma, tissue engineering and food science to grow cultured meat, dairy and egg products from animal cells and/or genetically modified yeast.

The entities that currently are best positioned to capitalize on these innovations are large companies, according to researcher Robert Chiles, assistant professor of rural sociology, College of Agricultural Sciences.

Although cellular meat is not yet widely available to consumers, its proponents believe that cellular agriculture could reduce land, water and chemical inputs, minimize greenhouse gas emissions, improve food safety, optimize nutrition, and eliminate the need to raise and slaughter large numbers of animals for food. However, cellular agriculture could also concentrate ownership and power in the global food system, namely by displacing ranchers, farmers, fishermen and ancillary industries.

The latter possibility has led to widespread concern that cellular agriculture could accelerate the concentration of wealth and diminish public participation in agriculture — all while offering fewer environmental and nutritional benefits than promised.

Over the past decade, scholars have explored a broad spectrum of socioeconomic and ethical questions pertaining to this technological approach, noted Chiles, who is a research associate at Penn State’s Rock Ethics Institute. However, he explained, this scholarship has done little to explore the types of mechanisms that might facilitate a more just and equitable development of this sector.

To assess cellular agriculture’s potential trajectories, Chiles and colleagues attended 11 cellular agriculture and alternative economic organization events held around the United States over two years, interviewing key experts at those conferences and summits, asking how they think the industry will develop and should develop. Likewise, the researchers collected data from an additional 21 conferences online.

The study’s findings, published today (Aug. 24) in Agriculture and Human Values, affirm the argument for increased public investments in open-source research and education on cellular agriculture, particularly for community and household-level production. The paper is publicly available through open access.

The jury is still out on how cellular agriculture will develop in the U.S. and around the world, Chiles pointed out. This research — which engaged innovators and early adopters in the field in conversation about whether this emerging technology will further concentrate wealth and power in the global food system — yielded valuable clues, he said.

“Government investments in publicly accessible digital infrastructures could help to facilitate a more just transition, as could public policies that protect workers’ rights and consumer privacy,” Chiles added. “Stakeholders who are concerned about the justice and equity implications of cellular agriculture may ultimately find more success by engaging with how these technologies are being developed rather than avoiding them or trying to eradicate them.”

Chiles’ paper recently was honored with the 2020 Roy C. Buck Award in the College of Agricultural Sciences. Read more in this story.

Also involved in the research at Penn State were Leland Glenna, professor of rural sociology and science, technology and society; Mark Gagnon, Harbaugh Entrepreneur and Innovation Faculty Scholar; Megan A. M. Griffin and Lina Tami-Barrera, who are completing master’s degrees in rural sociology and in international agriculture and development in the College of Agricultural Sciences; Siena Baker, recent graduate with a double major in community, environment and development, and economics; and Kelly Baker, recent graduate in community, environment and development. Garrett Broad, associate professor, Department of Communication and Media Studies, Fordham University, and Nicole Negowetti, senior director of policy at the Plant Based Foods Association, also were members of the research team.