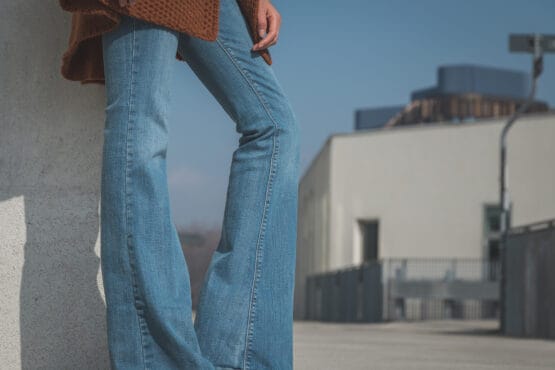 A new study offers up a more realistic modeling of the rise and fall of fads as culture evolves and is transmitted to new generations, including an examination of the role “influencers” play in shaping what’s popular. (Image credit: Getty Images)

When looking back at the fads of past decades, like 1980’s spandex clothing and the 1990’s boy band craze, later generations often wonder, “How was that ever popular?”

Researchers who study cultural evolution and transmission have long tried to answer these sorts of questions, seeking to get a handle on why trends, behaviors and ideas emerge and grow dominant within populations. One major factor, studies have shown, are the decisions of others.

Both humans and non-human animals alike display so-called conformist and anti-conformist behaviors. Conformists do what most everyone else seems to be doing, and sometimes without any discernible rationale. For example, long skirts can become more popular than short skirts not because they’re warmer or more comfortable, but simply because they’re what’s hip. On the other hand, anti-conformists tend to go against the grain. Paradoxically, however, countercultural trends can ultimately attract enough copycats to explode as the next big mainstream thing.

Against this backdrop, a new study from Stanford researchers has now taken an innovative – one might even say anti-conformist – approach to population dynamics models of conformity. Many such models exist, but few of them have allowed conformity levels to fluctuate – a potential shortfall, given that in real life, studies have shown that conformity levels across a population can dramatically change.

The new model addresses this issue by featuring levels of conformity that vary randomly over time. The new model also includes varying numbers of virtual “role models” that have an impact on others’ choices, similar to “influencers” in today’s social media age.

The upshot: a theoretical model that more naturally captures the chaotic ebb-and-flow of fads out in the real world.

“We hope this new approach can help bridge the gap between idealized models and real-world outcomes, which is important in gaining a deeper understanding of the population-level consequences of cultural transmission biases,” said study first author Kaleda Denton, a PhD student in the laboratory of Marcus Feldman, the Burnet C. and Mildred Finley Wohlford Professor at the School of Humanities and Sciences.

“What Kaleda has done in this study is radically revise a widely used conformity model by incorporating time-dependent conformity,” said Feldman, the study’s senior author and also the director of the Morrison Institute for Population and Resource Studies, and co-director of the Center for Computational, Evolutionary and Human Genomics at Stanford.

The study published Aug. 24 in the journal Proceedings of the National Academy of Sciences.

The power of conformity

Feldman’s group is in a unique position to advance theories on cultural transmission and evolution. He is a co-founder of the field of cultural evolution along with Luigi Luca Cavalli-Sforza, a professor emeritus of genetics at the Stanford University School of Medicine who passed away in 2018. Feldman has also been investigating the topic for 50 years, ever since joining the Stanford faculty in 1971. The field is based on the theory that social change resembles a Darwinian evolutionary process. In practice, this means that selective cultural pressure acts on random ideas – be it bellbottoms in the 1970s or smartphone preferences in the 2010s – with the “fittest” ideas surviving into (temporary) widespread popularity.

In this latest study, Denton and her collaborators sought to build upon past insights gleaned over the decades regarding conformity and anti-conformity. The new model the researchers developed starts with two variants of interest, such as a short skirt versus a long skirt. A simulated individual in this model has to decide between the two variants. To do so, the individual counts the number of role models who have preselected each variant. The individual then chooses one of the variants, depending on their particular conformist or anti-conformist bias. A conforming individual would pick short skirts, if that’s what more role models had picked, while an anti-conformist would contrarily opt for the long skirt in this scenario.

“In these models, you end up with, for example, 100% short skirts or 0% short skirts and no in-between, which is not really reflective of real-life fashion fads,” said Denton.

Moreover, in previous models where individuals are anti-conformist, a rare variant could be favored and a common variant disfavored, such that both variants eventually reached a 50% frequency in the population. In light of those studies, it has been widely believed that conformity, but not anti-conformity, can act as a homogenizing factor by making members of groups more similar to each other.

The randomness of real life

By randomizing conformity bias in their model, Denton and her colleagues found much more complex outcomes that more closely resemble the unpredictability of real-world populations. With conformity bias expected on average, a variant that was present in more than half of the population could reach 100% frequency, just as with conventional models, but it might also stabilize at 50% or 0% frequency. The same held true for variants with anti-conformity biases.

Denton and colleagues also explored what would happen if they tweaked their model so that, instead of random variations, the conformity levels cycled between fixed levels of conformity and anti-conformity. When they did this, frequency cycles naturally arose. That result is in contrast to previous models with fixed conformity levels, where cycles in variant frequency could occur only with sufficiently strong anti-conformity. This finding suggests that variation in levels of conformity over time may contribute, for example, to cyclic patterns in fashions and fads. “We often see this kind of trend where what’s old is new again, for instance in the resurgent popularity of ‘retro’ clothing and music styles,” says Denton.

Their model also investigated how role models shape fads. The rise of social media over the last decade-plus means the current generation might be exposed to more role models than in the past. Continuing changes in the use and features of social media could additionally increase or decrease role model numbers in the future. Factoring in both of these trends into the model can help reproduce the dynamic randomness of real life when it comes to trends.

Looking ahead, the Stanford researchers intend to further explore these and other cultural evolutionary dynamics.

“We’ve shown that fluctuations over time in the degree of conformity and the numbers of role models can cause significant departures from the conclusions that have been drawn from prior models that relied on constant levels of each,” says Feldman. “It’s another step forward in our continual investigations into how culture evolves and is transmitted down through the generations.”

Uri Liberman, a professor emeritus in the Mathematics Department of Tel Aviv University and a frequent visiting scholar at Stanford, is also a co-author of the study.