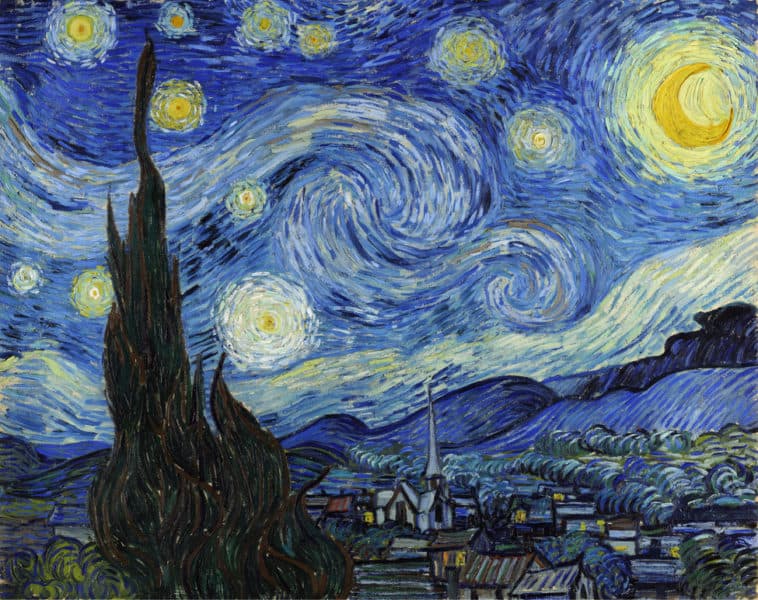 According to a new study involving researchers at the Penn State College of Information Sciences and Technology, this period of exploration followed by exploitation of his new drip technique set up Pollock for a “hot streak,” or a burst of high-impact works clustered together in close succession. In Pollock’s case, this was a three-year period from 1947 to 1950, during which he created all his drippy, splattered masterpieces that he is still famous for today.

By using artificial intelligence to mine big data related to artists, film directors and scientists, the researchers discovered this pattern is not uncommon but, instead, a magical formula. Hot streaks, they found, directly result from years of exploration (studying diverse styles or topics) immediately followed by years of exploitation (focusing on a narrow area to develop deep expertise).

The research was published last month in the journal Nature Communications.

With this new understanding about what triggers a hot streak, institutions can intentionally create environments that support and facilitate hot streaks in order to help their members thrive.

“Neither exploration nor exploitation alone in isolation is associated with a hot streak. It’s the sequence of them together,” said Dashun Wang, professor at the Kellogg School of Management at Northwestern University, who led the study. “Although exploration is considered a risk because it might not lead anywhere, it increases the likelihood of stumbling upon a great idea. By contrast, exploitation is typically viewed as a conservative strategy. If you exploit the same type of work over and over for a long period of time, it might stifle creativity. But, interestingly, exploration followed by exploitation appears to show consistent associations with the onset of hot streaks.”

The study unveils among the first empirical regularities underlying the onset of a hot streak across various domains, according to Lu Liu, doctoral candidate of information sciences and technology at Penn State and first author on the paper.

“Prior to this work, the prevailing evidence suggests a random view of hot streaks and individual creativity,” said Liu. “But the paper suggests that the beginning of a hot streak is not random. Rather, people tend to explore different opportunities, deliberate over different choices, and then harvest promising directions through exploitation.”

Added C. Lee Giles, David Reese Professor of Information Sciences and Technology at Penn State and study co-author, “The existence of hot streaks has been much debated. This work gives strong evidence that they do occur.”

In 2018, Liu and C. Lee Giles, David Reese Professor of Information Sciences and Technology at Penn State, along with Wang and other collaborators at Northwestern published a paper in Nature, characterizing hot streaks in artistic, cultural and scientific careers. After establishing that these hot streaks do occur, the team was motivated to discover what triggers them. Wang found a clue while visiting the Van Gogh Museum in Amsterdam.

Van Gogh experienced an artistic breakthrough from 1888-1890, during which he painted his most famous works, including The Starry Night, Sunflowers and Bedroom in Arles. Before that, however, his work was less impressionistic and more realistic. He also tended to use somber earth tones rather than the bright, sweeping colors, for which he is best known today.

“If you look at his production before 1888, it was all over the place,” Wang said. “It was full of still-life paintings, pencil drawings and portraits that are much different in character from the work he created during his hot streak.”

In the new study, the researchers developed computational methods using deep-learning algorithms and network science and then applied these methods to large-scale datasets tracing the career outputs of artists, film directors and scientists.

For artists, the researchers used algorithms for image recognition to mine data from 800,000 visual arts images collected from museums and galleries, which cover the career histories of 2,128 artists, including Pollock and Van Gogh. For film directors, the team collected data sets from the Internet Movie Database (IMDb), which included 79,000 films by 4,337 directors. For scientists, the team analyzed the career histories of 20,040 scientists by combining publication and citation datasets from the Web of Science and Google Scholar.

Liu and her collaborators quantified a hot streak within each career based on the impact of works produced, measured by auction price, IMDB ratings and academic paper citations. Then, they correlated the timing of hot streaks with the creative trajectories of each individual. Looking at careers four years before and after the hot streak, the researchers examined how each individual’s work changed around the beginning of a hot streak.

“This is important to produce long-lasting contribution,” said Liu. “This is particularly relevant for identifying, training and nurturing talents—especially given that there are various forces that currently appear in tension with the exploration-exploitation dynamics, ranging from the pressure to publish to tenure evaluation.”

“This knowledge can help individuals and organizations understand the different types of activities to engage in — such as exploring new domains or exploiting existing knowledge and competencies — and the optimal sequence to use in order to achieve the most significant impact,” added study co-author Jillian Chown, associate professor of management and organizations at Kellogg School.

On average, a hot streak lasts about five years. After that, the researchers found, individuals return to “normal” and no longer follow any pattern of exploration or exploitation.