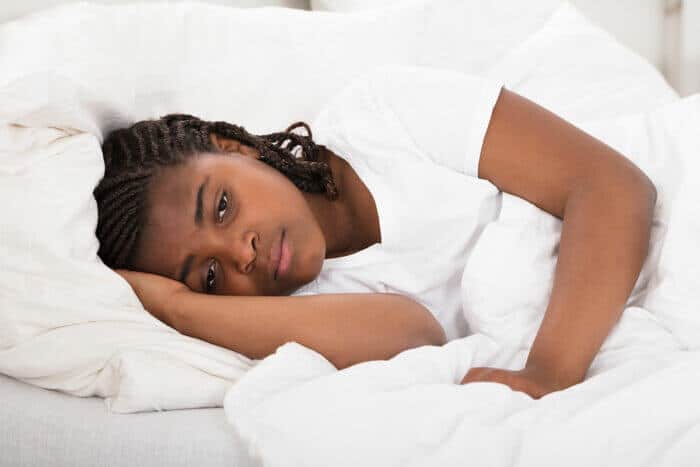 One more thing to worry about.

People with rapid eye movement (REM) sleep behavior disorder act out their dreams. While sleeping safely in bed, for example, they might throw up their arms to catch an imaginary ball, or try to run from an illusory assailant. Such actions are more than just a nuisance. People with the disorder have a 50 to 80 per cent chance of developing a serious neurodegenerative disease within a decade of diagnosis.

An international team led by researchers at The Neuro (Montreal Neurological Institute-Hospital) of McGill University, Washington University School of Medicine in St. Louis, the Mayo Clinic in Rochester, Minn., has received a five-year grant expected to total $35.1 million USD to develop biomarkers that indicate which people with the sleep disorder will go on to develop neurodegenerative diseases, which specific diseases, when symptoms will arise, and how quickly the diseases will progress. This grant — from the National Institute on Aging (NIA) and the National Institute of Neurological Disorders and Stroke (NINDS), both of the U.S. National Institutes of Health (NIH) — will help to lay the groundwork for clinical trials focused on stopping the troublesome condition from progressing into a debilitating disease.

REM sleep behavior disorder is linked to Parkinson’s disease, a movement condition; dementia with Lewy bodies, which causes cognitive decline; and multiple system atrophy, in which the ability to regulate involuntary functions such as blood pressure, breathing, and bladder and bowel function deteriorates.

“The most important goal of this research is to find ways to reliably identify early Parkinson’s disease, Lewy body dementia and multiple system atrophy,” said co-principal investigator Dr. Ronald Postuma of The Neuro and the Research Institute of the McGill University Health Centre­­. “When we do this, we can start planning trials to prevent disease. So far, we have very good clinical predictors of disease, but biomarker research has still been catching up. Biomarkers are important to help precisely define what stage of disease people are in, so that better targeted therapies can be provided.”

“The odds of people with REM sleep behavior disorder developing a neurodegenerative disease are pretty alarming, and currently there are no treatments to decrease that risk,” said Dr. Yo-El Ju, a Washington University neurologist and co-principal investigator. “We have no way of predicting whether and how soon someone will develop one of these diseases or which one they will get. And we certainly don’t know how to prevent it.”

Normally, people are paralyzed during REM sleep, the phase of sleep in which dreaming occurs. Acting out dreams is an early sign that something in the brain is not functioning quite as it should. REM sleep behavior disorder is connected to diseases caused by an accumulation of abnormal clumps of the protein alpha-synuclein in the brain. Such clumps often coalesce early in the course of the diseases in a part of the brain that paralyzes the body during REM sleep. As that area becomes damaged, people start thrashing around as they dream.

“Information that predicts the timing and type of synucleinopathy disorder is almost certainly hidden in one or more of the biomarkers that will be assessed as part of this study,” said Dr. Bradley Boeve, a Mayo Clinic neurologist and the grant’s co-principal investigator. “If we can identify biomarkers that predict the future, we can then focus on these biomarkers for upcoming clinical trials designed to delay the onset or prevent dementia or parkinsonism.”

Dr. Boeve, The Little Family Foundation Professor of Lewy Body Dementia at Mayo Clinic, and Dr. Ju, the Barbara Burton and Reuben Morriss III Professor of Neurology at Washington University, founded the North American Prodromal Synucleinopathy (NAPS) Consortium in 2018 to pull together a group of people with REM sleep behavior disorder and develop standardized tools to study them. Over 350 people with REM sleep behavior disorder have enrolled in the NAPS Consortium. The new grant funds a larger study aimed at identifying biomarkers in these individuals as well as new participants.

“NAPS2 is another example of the coordinated and collaborative support NIH provides to foster discoveries and understanding of devastating brain disorders,” said Mack Mackiewicz, PhD, a program director in the NIA Division of Neuroscience and NIA project scientist on the grant. “This project, looking at sleep as a risk factor for dementia, is just one example of the broad spectrum of research NIH is funding on neurodegenerative diseases.” NIA and NINDS are funding NAPS2 equally with joint scientific input and NIA leading the project oversight.

Not all people with Lewy Body disorders have movement issues in their sleep prior to the onset of neurological symptoms. But studying people with REM sleep behavior disorder, at the earliest stages of a neurodegenerative process, may yield insight into how abnormal protein clumps lead to damage to the brain, how different symptoms arise, and how to stop or slow the neurodegenerative process.

Nine clinical centers are participating in the study:

The Neuro – The Montreal Neurological Institute-Hospital – is a world-leading destination for brain research and advanced patient care. Since its founding in 1934 by renowned neurosurgeon Dr. Wilder Penfield, The Neuro has grown to be the largest specialized neuroscience research and clinical center in Canada, and one of the largest in the world. The seamless integration of research, patient care, and training of the world’s top minds make The Neuro uniquely positioned to have a significant impact on the understanding and treatment of nervous system disorders. In 2016, The Neuro became the first institute in the world to fully embrace the Open Science philosophy, creating the Tanenbaum Open Science Institute. The Montreal Neurological Institute is a McGill University research and teaching institute. The Montreal Neurological Hospital is part of the Neuroscience Mission of the McGill University Health Centre. For more information, please visit www.theneuro.ca