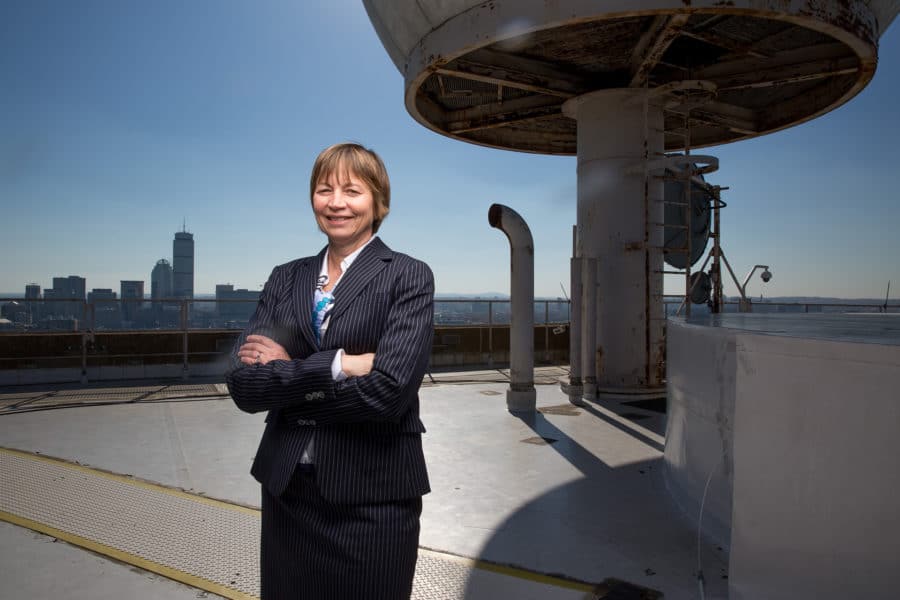 The United States must perform a careful balancing act to secure federally funded research against improper interference from China and other foreign governments without shutting down valuable international scientific research collaborations, MIT Vice President for Research Maria T. Zuber said this week in testimony before Congress.

Speaking at a virtual hearing held by two subcommittees of the U.S. House Science Committee, on “Balancing Open Science and Security in the U.S. Research Enterprise,” Zuber said that both the federal government and U.S. universities have roles to play in creating a scientific research environment that is both open and secure.

“What the government should not do is impose restrictions that will harm the U.S. more than China,” Zuber testified. “The government should maintain the presumption — enshrined in policy since the Reagan Administration — that research should generally be published openly. We should not have policies that broadly discourage Chinese graduate students from coming to the U.S.; they strengthen our research capacity, and the vast majority remain after completing their studies.”

At the same time, Zuber said, universities should not enter into research collaborations with China if they do not yield legitimate mutual benefits; if they could harm U.S. national or economic security or undermine human rights; or if they could create conflicts of commitment, as in cases where China seeks to pay U.S. researchers to transfer work that had been funded with U.S. federal grants.

At the hearing, members of the subcommittees from both parties expressed agreement on the importance of maintaining openness in scientific research while taking security concerns seriously. Congressman Bill Foster, chair of the Subcommittee on Investigations and Oversight, said that “openness does come with risks,” and called on the science, law enforcement, and intelligence communities “to come to a common understanding of the threat and the appropriate response.” Still, he added: “International collaboration and welcoming scientists from around the world have been key to the United States’ scientific leadership.”

Zuber cautioned that science and security issues involve judgment and discussion, not a “cookie-cutter” process. “That’s why it’s so important that the government and universities engage in a continuing dialogue about these complex and evolving issues,” she said.

At the core of efforts to maintain a balance between openness and security in the research enterprise is disclosure: Increasingly, the government is requiring researchers to disclose details of both their financial and nonfinancial professional ties when completing federal grant applications.

While this transparency is crucial, Zuber said, different federal agencies’ disclosure policies are too often “conflicting and inconsistent.” She noted that a White House-led process is now underway that she is optimistic will help clarify disclosure and reporting requirements.

Zuber has been working on science and security issues for years, both in her capacity as MIT’s vice president for research and through public service in Washington.

In October 2020, the National Academies of Sciences, Engineering, and Medicine tapped Zuber to co-chair the new National Science, Technology, and Security Roundtable, a body called for by Congress and charged with exploring ideas for protecting U.S. economic and national security while ensuring “the open exchange of ideas and the international talent required for American leadership in science and technology,” as the National Academies’ announcement explained.

The House Science Committee asked Zuber to testify both in her MIT capacity and as co-chair of the National Academies’ Roundtable.

Ultimately, Zuber said, U.S. success in science and technology rests “less on defensive measures than on what we do to strengthen our own capacities,” and she called on Congress to increase research funding.

“The heart of U.S. strategy must be to look ahead and invest in our future,” Zuber testified. “We are likely to trip ourselves up if we devote too much of our attention instead to looking over our shoulder at our competitors.”