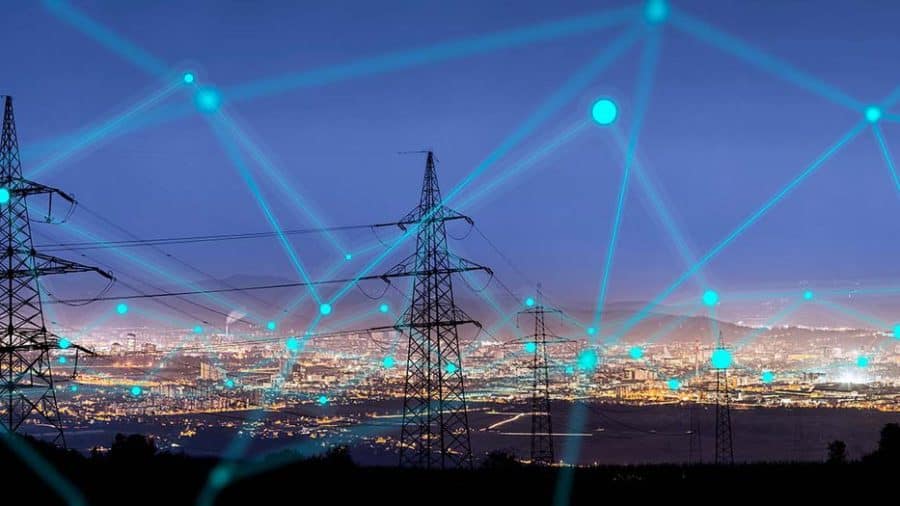 As part of Conversations on Sustainability, a webinar series hosted by the Caltech Science Exchange, Adam Wierman, professor of computing and mathematical sciences and director of Information Science and Technology, and Steven Low, the Frank J. Gilloon Professor of Computing and Mathematical Sciences and Electrical Engineering, discussed how a “smarter” electrical grid can help us more efficiently meet today’s power demands while incorporating sustainable energy sources like wind and solar.

The questions and answers below have been edited for clarity and length.

What is the grid?

Steven Low: It is a gigantic piece of infrastructure that transfers energy from where it is generated to where it needs to be. So, besides the hundreds of thousands of power lines that we might see, the grid also contains tens of thousands of large generators, and on the order of a billion loads. These loads are buildings, computers, machines, lighting, and so on. The grid topped the National Academy of Sciences’ list of the greatest engineering achievements in the last century.

The main challenge of the grid is that we have to balance supply and demand at all times, at all points of the grid. Hidden in this infrastructure is a very complex web of control mechanisms that help maintain that balance. But also integral to the control mechanism is an elaborate market structure that brings together suppliers and users to incentivize optimal resource allocations.

By market, you mean the literal buying and selling of electricity?

Adam Wierman: One of the surprising things to a lot of people is that the grid is not just wires. It’s both the engineering of the physical infrastructure but also this economic infrastructure that ensures that you have generation when you need it. It’s amazing to think that we are able to balance the usage and the generation in every instant, at every time, in every location, always. If you fail to do that, we have power outages. It really is an amazing achievement. Not just an engineering achievement, an economic achievement that this stuff works every day for us.

What does the grid not do well, and what kind of improvements does it need?

Wierman: Reliability is really what it does well, but what we’re facing today as we try to make the grid more sustainable, is that the integration of things like wind and solar is a direct attack on the reliability of the grid. The standard operation is to predict what the demand is going to be and turn generation on and off to make sure that you have supply and demand balanced.

But with wind and solar, prediction is hard. These are unreliable, variable, uncontrollable resources that are sustainable but that create enormous challenges.

What is a smart grid? In our last episode of this conversation series, Harry Atwater, who was talking about photovoltaics, mentioned the smart grid. He described it like the internet, but for power or electricity. Is that an apt analogy?

Wierman: It’s evocative of the right thing. There are some parallels. But the smart grid is a much more challenging and ambitious task than the internet because it’s not just the wires you’re managing; it’s also the devices at the endpoints of the wires as well. And you have economic market design and physical laws in that architecture of the grid. There are a lot of things that make it much more challenging to manage. But at the end of the day, the goal is somewhat similar in that you want to enable communication and global operation of large-scale distributed resources in the same way the internet does that for our communication.

Steven, you’ve developed a smart charging system for electric cars here on the Caltech campus. Can you tell us a little bit about that project? How does that research apply to the efforts to make the grid smarter and more sustainable?

Low: Electricity generation and transportation generate almost 60 percent of greenhouse gases in the US, according to the EPA. Therefore, to drastically reduce greenhouse gases, we have to electrify transportation and then generate electricity from renewable resources. Now, this is both a big challenge but also an opportunity. It’s a big challenge because electric vehicles [EVs] consume a lot of electricity and at extremely high power, at extremely high rates. If we electrify transportation, that’s going to add a lot of stress on the grid. But EVs are also an extremely valuable resource because they’re extremely flexible. This flexibility is going to help us integrate uncertain and volatile renewable sources.

If you look at how EVs are charged today, typically, everyone can plug in an EV at any time. If you have five or 10 chargers in a garage, that works well. But if you have hundreds or even thousands of chargers in a garage, like at LAX Airport, for example, then that cannot be done efficiently or economically. But it’s also unnecessary. If we look at Caltech, for example, an EV typically stays [on campus] for, on average, six hours. They finish charging in two hours. Therefore, the right thing to do is not to charge every single EV when they first plug in, but use software to optimally schedule the EV charging process.

So, if everyone shows up at the office at 9 a.m. to start their work day, and they plug their electric vehicle in at the same time, that’s too much of a load for the system to handle. What you’ve done is develop a system in which the cars are taking turns charging. Is that right?

Low: Exactly. When the drivers are plugging in, we just ask them two questions: “When do you expect to leave? How many miles do you need?” Then, with that information, you can optimally schedule the charging process.

Wierman: I want to emphasize the importance of what Steven’s been able to accomplish here. Within a garage, the bottleneck is really the electrical line coming in and how much power that can hold. So, if you can spread that out and charge 50 cars instead of five cars, you reduce a huge barrier to EV adoption.

Once you have this adaptability of charging in every spot in multiple garages around the city, now you can give feedback signals from the grid saying, “We’re stressed right now. Can you dial back charging?” Or, “We have a lot of solar right now. Please do bulk charging right now.” That sort of opportunity is enormous in terms of enabling the smart grid, enabling integration of renewables.

Are there lessons in adaptability that you can apply to other sorts of loads on the system besides EVs, like houses or factories?

Wierman: A lot of the work we do at Caltech is about finding this adaptability in important large-scale users of electricity. Smart buildings, smart data centers, EVs, all give us opportunities for this kind of flexibility on the demand side, the consumer side.

What is the timeline for the development of a smart grid that can make good use of sustainable energy sources?

Low: There are more than a dozen states that have already committed to 100 percent clean energy or electricity around the mid-century. So where are we? We still generate about 60 percent of electricity from fossil fuels. That’s so much better than a decade ago, but we still have a long way to go.

Wierman: In some sense, a lot of the infrastructure has already reached a place where it can be integrated and implemented. There are smart devices for sensing and communication that are being deployed. Solar and wind are cost competitive. That means that there will be progress in the short term.

The question is when we will hit this wall where the current architecture stops being enough—where power outages start to become more likely, when costs start to go up. Our research is targeted on getting through that wall, breaking down that wall, so that when you get there, you can still progress.

Are there any countries that are leading the way on this?

There are few countries that are really lucky. In terms of using low-carbon technology to generate energy, Iceland topped the list. They generate 79 percent of all their energy from low-carbon sources. For Iceland, it’s hydro- and geothermal energy. Norway is also very lucky. They generate more than 90 percent of the electricity from hydro.

You mentioned Iceland having 79 percent of its electricity from low-carbon sources. How does that compare to say the United States?

Low: The world average of low-carbon generation of energy is actually very low, slightly higher than 16 percent. The US is around 16 percent as well.

The smart grid is going to be very different than what we have now, but is the average person going to notice a change when they flip on a light switch?

Wierman: One vision for the smart grid is that you should have all the smarts there to provide the operations, but it should remain simple for the homeowners.

Hopefully, we get to a situation where appliances like air conditioning or the fridge can pre-cool based on availability of renewable energy and signals they get from the grid, where you have energy-storage devices that can charge when it’s sunny and discharge when it’s not, overnight.

If we can do that, then our whole society is more sustainable, our air is cleaner, and we’ve mitigated climate change to some extent, hopefully, as we go forward.

It seems like a smart grid would have more security vulnerabilities than the current grid. Can you address how that needs to be handled?

Wierman: Whenever you have the kind of communication required for the smart grid, it does potentially open up vulnerabilities. There’s a huge research focus and industry focus on trying to enable security for this.

Low: One thing we learned from the internet is that the security really needs to be built in.

Wierman: This is not a situation where you take internet security and you layer it onto the grid, and all of a sudden you’re secure. That’s not a valid approach. It will introduce more problems than it solves. It has to be something built in in a different way.

Here are some of the other questions addressed in the video linked above:

Learn more about how the grid can become more sustainable on the Caltech Science Exchange.