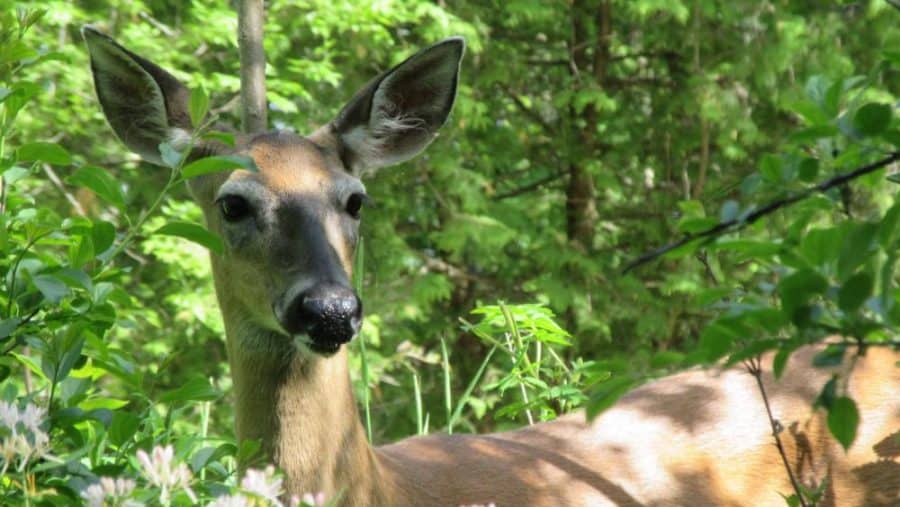 More than 80% percent of the white-tailed deer sampled in different parts of Iowa between December 2020 and January 2021 tested positive for SARS-CoV-2. The percentage of SARS-CoV-2 positive deer increased throughout the study, with 33% of all deer testing positive. The findings suggest that white-tailed deer may be a reservoir for the virus to continually circulate and raise concerns of emergence of new strains that may prove a threat to wildlife and, possibly, to humans.

“This is the first direct evidence of SARS-CoV-2 virus in any free-living species, and our findings have important implications for the ecology and long-term persistence of the virus,” said Suresh Kuchipudi, Huck Chair in Emerging Infectious Diseases, clinical professor of veterinary and biomedical sciences, and associate director of the Animal Diagnostic Laboratory, Penn State. “These include spillover to other free-living or captive animals and potential spillback to human hosts. Of course, this highlights that many urgent steps are needed to monitor the spread of the virus in deer and prevent spillback to humans.”

According to Vivek Kapur, Huck Distinguished Chair in Global Health and professor of microbiology and infectious diseases, Penn State, while no evidence exists that SARS-CoV-2 can be transmitted from deer to humans, he believes hunters and those living in close proximity to deer may want to take precautions, including during contact with or handling the animals, by wearing appropriate personal protective equipment and getting vaccinated against COVID-19,” said Kapur.

Previous research by the USDA showed that 40% of white-tailed deer had antibodies against the coronavirus; however, Kuchipudi and his colleagues note that those antibodies only indicated indirect exposure to SARS-CoV-2 or an immunologically related organism and did not prove infection with SARS-CoV-2 or the ability to transmit the virus onwards.

In this new study — which posted on the pre-print server bioRxiv on Nov. 1 and will be submitted to a peer-reviewed journal — the team examined nearly 300 samples collected from deer across the state of Iowa during the peak of human COVID-19 infection in 2020. The samples — extracted from deer retropharyngeal lymph nodes, which are located in the head and neck — had been collected by the Iowa Department of Natural Resources as part of its routine statewide Chronic Wasting Disease surveillance program. The team tested the samples for SARS-CoV-2 viral RNA using a real-time reverse transcription polymerase chain reaction (RT-PCR) assay, which provides direct evidence of infection with the virus.

“We found that 80% of the sampled deer in December were positive for SARS-CoV-2, which proportionally represents about a 50-fold greater burden of positivity than what was reported at the peak of infection in humans at the time,” said Kuchipudi. “The number of SARS-CoV-2 positive deer increased over the period from April to December 2020, with the greatest increases coinciding with the peak of deer hunting season last year.”

The team also sequenced the complete genomes of all the positive samples from the deer and identified 12 SARS-CoV-2 lineages, with B.1.2 and B.1.311 accounting for about 75% of all samples.

“The viral lineages we identified correspond to the same lineages circulating in humans at that time,” said Kapur. “The fact that we found several different SARS-CoV-2 lineages circulating within geographically confined herds across the state suggests the occurrence of multiple independent spillover events from humans to deer, followed by local deer-to-deer transmission. This also raises the possibility of the spillback from deer back to humans, especially in exurban areas with high deer densities.”

Kuchipudi added, “The research highlights the critical need to urgently implement surveillance programs to monitor SARS-CoV-2 spread within the deer and other susceptible wildlife species and put into place methods to mitigate potential spillback.”