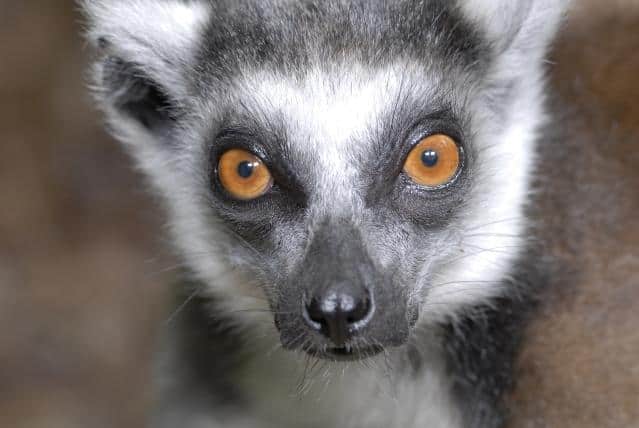 Dr. Cathy Williams knew something wasn’t right. The veterinarian had felt off for weeks after her 2014 trip to Madagascar.

At first she just felt bloated and uncomfortable and wasn’t interested in eating much. But eventually she developed a fever and chills that sent her to the emergency room.

When tested, doctors found that what she had wasn’t just a stomach bug. She was suffering from an infection of Clostridium difficile, a germ that causes severe diarrhea and abdominal pain and can quickly become life-threatening if not treated promptly.

“It was horrible,” Williams said.

The condition is often triggered when antibiotics disrupt the normal balance of bacteria that inhabit the gut, allowing “bad” bacteria such as C. difficile to multiply unchecked and wreak havoc on the intestines.

To get her infection under control, Williams asked her doctors if they could try an approach she and other veterinarians had used for decades to treat lemurs with digestive problems at the Duke Lemur Center. The procedure, known as a fecal microbiota transplant, involves taking stool from a healthy donor and administering it to the patient to add back “good” microbes and reset the gut.

At the time it was considered too experimental for clinical use in human cases like Williams’. She was prescribed the standard treatment and was sent home from the hospital, though she wouldn’t feel well enough to go back to work for another month. But now new research in lemurs is confirming what Williams and others long suspected: that this ancient if gross-sounding treatment can help an off-kilter gut microbiome get back to normal.

In a recent study in the journal Animal Microbiome, a research team led by Duke professor Christine Drea, former PhD student Sally Bornbusch and colleagues looked at the gut microbiomes of 11 healthy ring-tailed lemurs over a four-month period after receiving a seven-day course of the broad-spectrum antibiotic amoxicillin.

The lemurs were split into two experimental groups. One was a wait-and-see group, with continued follow-up but no further treatment after the antibiotics. The other group was given a slurry of their own feces, collected prior to antibiotic treatment and then mixed with saline and fed back to the same animal after their course of antibiotics was over.

“It sounds crazy,” Williams said. But she has used a similar procedure since the 1990s to treat illnesses in Coquerel’s sifaka lemurs, whose infants are known to eat their mother’s poop during weaning — presumably to get the microbes they’ll need to transition to solid food.

Drea, Bornbusch and team used genetic sequencing techniques to track changes in the lemurs’ gut microbiome before, during and after treatment.

As expected, even a single course of antibiotics caused the numbers of microbes in their guts to plunge compared with controls, briefly wiping out species diversity in both experimental groups before returning to baseline.

“Antibiotics had dramatic effects, even in healthy animals,” Drea said.

But in terms of which types of bacteria bounced back and when, the patterns of recovery in the two groups were different. Lemurs that received the “poop soup” treatment started to stabilize and return to their pre-antibiotic microbiome within about two weeks. In contrast, the bacterial composition in the wait-and-see group continued to fluctuate, and still hadn’t quite returned to normal even after four months of observation.

This kind of therapy isn’t new. Reports of using fecal transplants to treat people suffering from food poisoning or diarrhea date back as far as fourth century China. The evidence for its effectiveness in captive settings has Bornbusch advocating for freezing stool at Smithsonian’s National Zoo, where she is now a postdoctoral fellow.

“If we can bank feces from animals when they’re healthy, that can be a huge benefit down the road,” Bornbusch said. “It can help the animals get better, faster.”

And now if any of her lemur patients were to get sick with C. difficile like she did, Williams said, “I would absolutely go with a fecal microbiota transplant.”

“People are put off by it,” Drea said, “But the disgust for this approach might actually have been holding up a fairly cheap and useful cure.”

This research was supported by the National Science Foundation (BCS 1749465), the Duke Lemur Center Director’s Fund, and the Duke Microbiome Center.