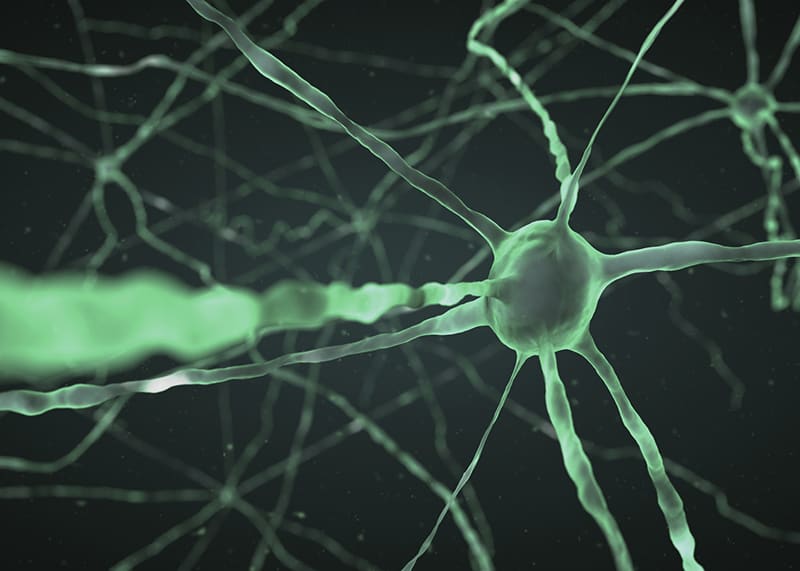 Depression is a global issue. The World Health Organization (WHO) estimates that 15 percent of people will experience a disabling bout of depression at some point in their lives. Despite an array of treatments that includes talk therapy, pharmaceuticals, and various forms of magnetic and electronic stimulation, finding the best treatment is often a trial-and-error process, and many patients never get relief from their symptoms.

Hoping to discover a new approach that can benefit more patients, researchers Ed Goetzl, MD, Robert L. Kroc Professor of Medicine, Emeritus, Synthia Mellon,PhD and Owen Wolkowitz, MD,  looked at the proteins produced by mitochondria, the cells’ energy centers. Their study, published in Nature Molecular Psychiatry, found that people with untreated depression have significantly lower levels of mitochondrial proteins. But these levels returned to normal when patients responded to treatment with selective serotonin reuptake inhibitors, or SSRIs. The levels did not return to normal in the patients who failed to respond to the SSRIs. The findings are generating new hypotheses about the relationship between depression and the function of the brain’s energy-hungry neurons.

What does depression have to do with mitochondrial proteins?

Getting a picture of how varying levels of mitochondria and their proteins affect mental illness could help us to validate diagnoses, monitor the effects of existing drugs, and develop new drugs for depression. Our study was a significant step in this direction, as the first opportunity to comprehensively investigate these protein differences in humans using simple blood samples.

What could this new understanding mean for patients suffering from depression?

Ed Goetzl: Several of the mitochondrial protein abnormalities we detected in depression could be targeted for new drug development. For example, the lower-than-normal levels of two of the proteins we studied, both of which act to protect neurons, could be raised by administering synthetic peptides, as has been successfully done in mice. Studies in humans have yet to be done.

Does this new knowledge contribute to our understanding of what depression is in the brain?

Owen Wolkowitz: There’s a growing appreciation that depression is not just a “mental illness” or even simply a “brain disease.” We’re starting to recognize that it has manifestations across the entire body. The changes we studied may originate in the brain but show up outside the nervous system. This gives us important clues, not only to what causes the immediate symptoms of depression but also how the illness can lead to the disproportionate physical illness we see in some people suffering from it.

What are your next steps? Where does this research lead you?

Owen Wolkowitz: Once these findings have been replicated, the next steps will be to determine if there are other mitochondrial proteins that are also affected, which neurons and parts of the brain are involved, and what the causes and consequences of these changes are. Also, since depression is likely a heterogeneous disorder, we need to find out whether these mitochondrial changes occur for everyone with depression, or only in certain subgroups. And, of course, we’d like to know whether treatments that restore levels of mitochondrial proteins or function can have direct antidepressant effects.