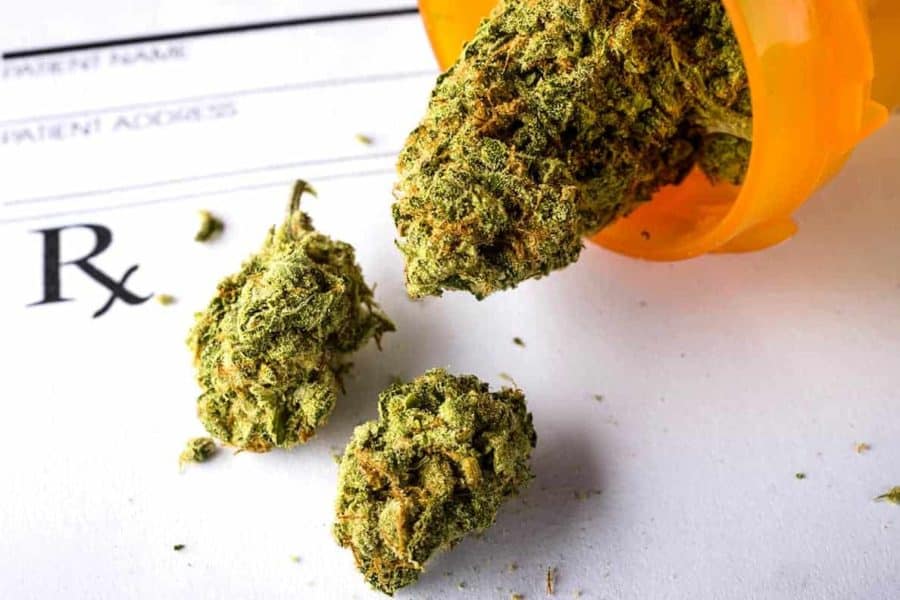 As cannabis is legalized in more areas, it has become increasingly popular as a medicinal and recreational drug. This plant produces a pungent, skunk-like odor that is pleasing to some but repulsive to others. Now, researchers reporting in ACS Omega have discovered a new family of prenylated volatile sulfur compounds (VSCs) that give cannabis its characteristic skunky aroma. The findings open up opportunities to investigate the molecules for medicinal benefits, the researchers say.

Cannabis sativa L. produces more than 200 known aroma compounds. Prior studies have focused mainly on terpenoids — molecules that range in odor from fuel-like to woody, citrusy or floral. Different cannabis cultivars have diverse mixtures of these compounds that contribute to their unique aromas. However, although terpenoids are the most abundant aroma compounds in cannabis, there is little evidence that they provide the underlying skunk-like smell of many cultivars. Skunks use several VSCs in their smelly defense sprays, so Iain Oswald and colleagues suspected that there could be similar molecules in cannabis. The team decided to use sensitive analytical techniques to find out.

The researchers analyzed flowers from 13 cannabis cultivars using a custom-built 2D gas chromatography system with three different types of detectors. Then, a four-person panel ranked the pungency of the cultivars on a scale from 0 to 10. The most pungent one, called Bacio Gelato, had the highest concentration of VSCs. The team identified seven VSCs in this cultivar, some of which were also present in other cultivars. Five of the VSCs contained the prenyl functional group and had skunk-like or sulfuric aromas. One compound in particular, 3-methyl-2-butene-1-thiol, referred to as VSC3, was the most abundant VSC in the cultivars that the panel reported to be most pungent. This compound has previously been implicated in the flavor and aroma of “skunked beer” — beer that goes bad after being exposed to UV light.

To confirm that VSC3 was the main source of the skunk-like aroma, the team added it to a mixture of 10 other major aroma compounds from cannabis, producing a combined odor very similar to the characteristic scent of cannabis. They also detected VSC3 in cannabis concentrates, such as those used for vaping. Finally, in greenhouse experiments, the researchers determined that the prenylated VSCs increased significantly toward the end of the flowering stage of cannabis growth, reached a maximum during curing and then dropped substantially after 10 days of storage. Because the molecular structures of the VSCs resemble compounds from garlic that have anti-cancer and cardioprotective effects, the new family of prenylated odor molecules should be investigated for medicinal properties, the researchers say.

The authors do not acknowledge any external funding sources for this study. Three of the authors have filed a patent related to the findings.