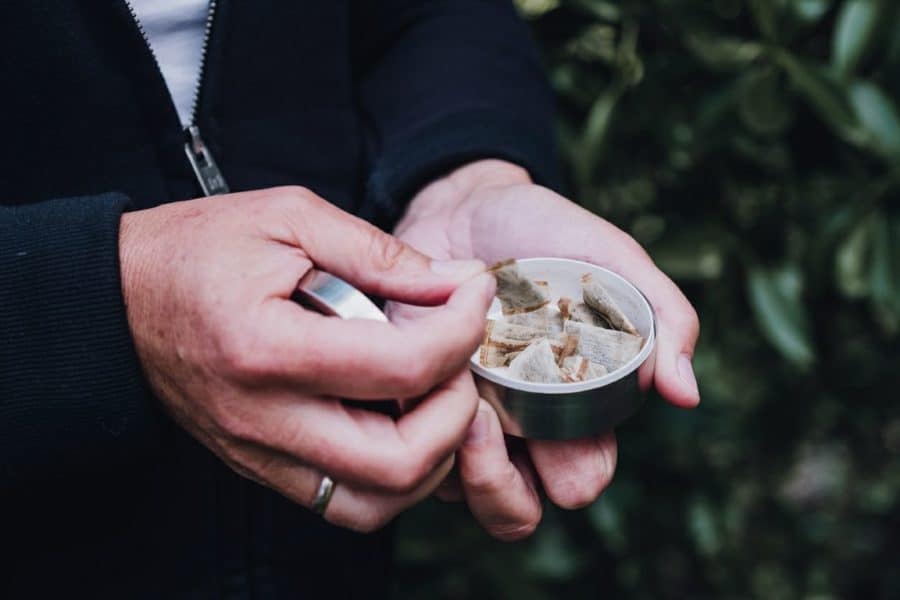 Regular smokers are at heightened risk of developing cardiovascular disease, but crushing the butts in favor of a “smokeless” alternative like chewing tobacco, snuff or tobacco lozenges may go a long way toward bringing the danger down to a more normal level, a new UCLA-led study shows.

The findings also indicate that the primary culprit in smokers’ increased risk is not nicotine but other chemicals found in tobacco smoke. Both cigarettes and smokeless tobacco products contain large quantities of nicotine.

The study, published today in the journal Nicotine and Tobacco Research, involved a team of researchers from UCLA, UC San Francisco, Boston University and the University of Texas at Arlington.

The researchers analyzed data from a nationally representative group of 4,347 adults who provided urine and blood samples in 2013–14 as part of the Population Assessment of Tobacco and Health Study. Among this group, 338 used only smokeless tobacco, 3,034 smoked cigarettes exclusively and 975 had never used tobacco in any form.

The team looked specifically at biomarkers of tobacco exposure and biomarkers of inflammation and oxidative stress, which predict cardiovascular disease risk, in each of the three subgroups.

“Our findings show that despite having higher levels of nicotine, exclusive smokeless tobacco users had significantly lower concentrations of inflammation and oxidative stress biomarkers than cigarette smokers,” said lead author Mary Rezk-Hanna, an assistant professor at the UCLA School of Nursing. “Levels of these biomarkers among smokeless tobacco users were similar to those of ‘never’ smokers.”

The study also found that smokeless tobacco users who had formerly been cigarette smokers had lower levels of both inflammatory and oxidative stress biomarkers and tobacco exposure biomarkers than current exclusive cigarettes smokers, even though they had higher nicotine levels. Roughly 84% of both groups were daily tobacco users.

The findings, the researchers said, suggest there are benefits to switching from cigarettes to smokeless tobacco, although they emphasized that complete cessation from all tobacco products and nicotine delivery systems should remain the ultimate goal.

The high levels of disease-related biomarkers in smokers were not surprising, Rezk-Hanna noted, since research has shown that cigarette smoking and other forms of combusted tobacco expose users to high levels of chemicals that cause inflammation and oxidative stress. Chronic inflammation increases the risk of potentially deadly diseases, while oxidative stress — which results from an imbalance between cell-damaging molecules called free radicals and antioxidants, which fight free radicals — can lead to cardiovascular, pulmonary, neurological and other diseases, including cancer.

Still, few smokers make the switch. A longitudinal study published in 2009, for example, found that only 0.3% of cigarette smokers had shifted to smokeless tobacco, and cigarettes continue to far outpace smokeless products in popularity. But Rezk-Hanna cautioned that smokeless tobacco carries its own dangers.

“Smokeless tobacco use is not without harm,” she said. “There is evidence that its use is associated with certain cancers, diseases of the mouth and nicotine addiction, and long-term use may increase the risk of death from stroke.”

The researchers’ statistical analysis of participants’ data made adjustments for factors such as age, gender, cardiovascular disease diagnoses and body mass index. Nearly all smokeless tobacco users — 96% — were male, compared with 53% of cigarette smokers and 38% of those who never used tobacco. Among smokeless tobacco users, 47.2% had reported previous diagnoses of cardiovascular disease, as had 40.4% of cigarette smokers and 34.7% of non–tobacco users.