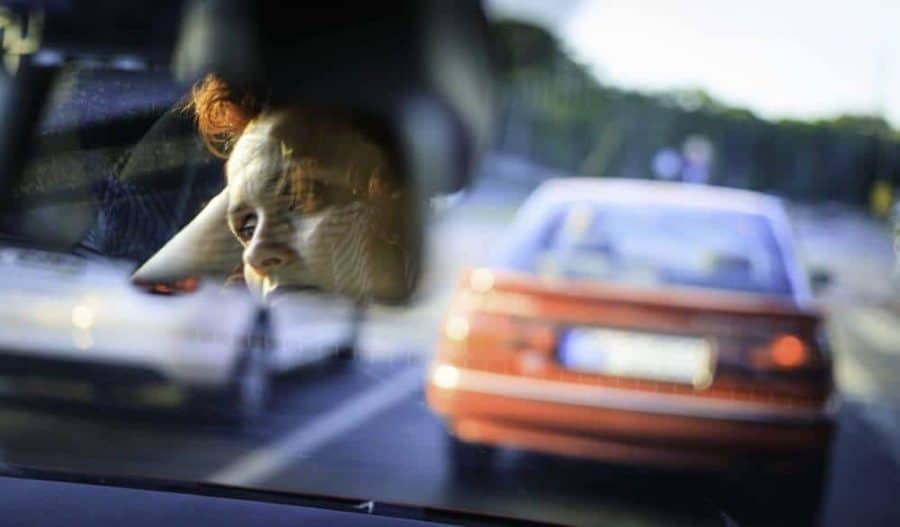 The steady rise in the use of cannabis — 18 states have legalized recreational use, 13 have decriminalized its use and 36 have medical cannabis laws — has provoked myriad questions and concerns about public health implications, including how cannabis may affect the abilities, real and perceived, of drivers under the influence.

In a novel, two-year randomized trial, conducted at the Center for Medicinal Cannabis Research (CMCR) at University of California San Diego School of Medicine, researchers recruited 191 regular cannabis users to partake of cannabis containing different levels of delta-9-tetrahydrocannabinol (THC), the psychoactive compound in cannabis or a placebo immediately before a series of driving simulation tests over several hours.

The findings are published in the January 26, 2022 online issue of JAMA Psychiatry.

Compared to participants who took the placebo, the THC group (who had smoked a cannabis cigarette with either 5.9 percent or 13.4 percent THC as they would “do at home to get high”) displayed significantly diminished ability on a Composite Drive Score (CDS) that assessed key simulated driving variables, such as swerving in lane, responding to divided attention tasks and following a lead car. However, not all individuals displayed significantly diminished driving skills compared to the placebo group; researchers said approximately 50 percent could be described as “impaired.”

Importantly, said the study authors, driving scores did not differ based on THC content of the cigarette, both the 5.9 percent and 13.4 percent groups performed similarly, suggesting that users “self-titrated” by smoking in such a way to achieve similar highness levels.

Also, the group with the highest use-intensity cannabis in the past six months attained significantly higher blood THC concentrations after smoking, but performed no worse than those with lower THC concentrations, indicating behavioral tolerance.

However, they appeared to compensate by ingesting more THC and thus performed no better than less frequent users.

First and senior author Thomas Marcotte, PhD, co-director of CMCR and a professor of psychiatry at UC San Diego School of Medicine, noted that, “although users in the THC group felt impaired and were hesitant to drive at 30 minutes, by 1 hour-30 minutes they believed the impairment was wearing off and were more willing to drive.

“This was despite their performance not significantly improving from the 30 minute point. This may indicate a false sense of safety, and these first few hours may constitute a period of greatest risk since users are self-evaluating whether it is safe to drive.”

The study found no relationship between post-smoking blood THC concentrations and simulator performance. Co-author Robert Fitzgerald, PhD, professor of clinical pathology at UC San Diego School of Medicine and director of the Toxicology Laboratory and associate director of Clinical Chemistry Laboratory at UC San Diego Health said, “the complete lack of correlation between blood concentrations and driving performance was somewhat surprising. It’s strong evidence against developing ‘per se’ driving under the influence statutes.”

“Per se” laws, Latin for “by itself,” establish a statutory violation if a legal standard is breached, such as blood-alcohol concentration in driving under the influence laws.

The findings, said the authors, indicate that cannabis use resulted in diminished driving ability (in simulators), but when experienced marijuana users controlled their intake, impairment could not be inferred based on THC content of the cigarette, behavioral tolerance or THC blood concentrations.

“Our study of a large group of regular users underscores the complexity in understanding the relationship between cannabis intake and driving decrements, reinforces the challenges in communicating the varying level of risks associated with use and the difficulty in identifying the subset of individuals most at risk for impaired driving,” said Marcotte.

“This groundbreaking research indicates that cannabis use does impair driving ability, but factors differ from alcohol,” said California State Assembly member Tom Lackey (R-Palmdale). “For example, these data show that per se laws for THC levels are not supported scientifically. It also underscores the need for further research on this topic. Policymakers still need a better understanding of the effects of different ways of consuming higher concentration products to charter a path forward.”

The authors wrote that future research should address factors such as individual biologic differences, personal experience with cannabis and cannabis administration methods in relation to driving impairment.

“In studying medicinal cannabis, we need to be attentive to the fact that all medicines have risks as well as benefits,” said co-author Igor Grant, MD, CMCR director and Distinguished Professor of Psychiatry at UC San Diego School of Medicine. “Here, Dr. Marcotte and colleagues demonstrate that at least some drivers have reduced ability for several hours after intake. As we move forward, we need to learn more precisely who does and does not constitute a driving risk, and appropriately label cannabinoid medicines.”

Funding for this research came, in part, from the State of California via Assembly Bill 266, Agreement #907.

Disclosures: Marcotte, Umlauf, Grelotti, Hoffman and Fitzgerald all report grants from the State of California during the conduct of this study.