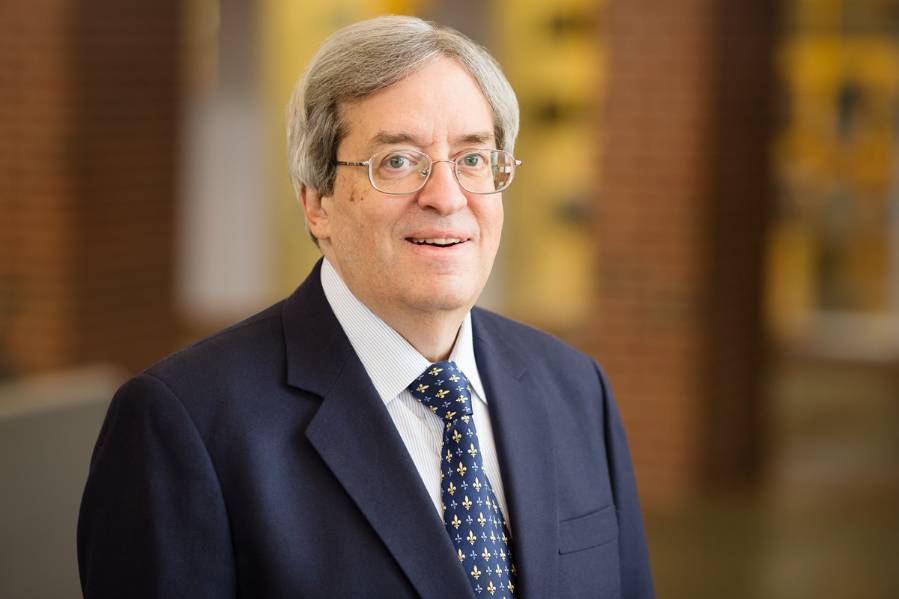 With consumer prices rising at the fastest pace in almost four decades, older adults face the risk of having their retirement income and savings eaten away by inflation. Richard L. Kaplan is the Guy Raymond Jones Chair in Law at the University of Illinois Urbana-Champaign and an internationally recognized expert on U.S. tax policy and retirement issues. Kaplan spoke with News Bureau business and law editor Phil Ciciora about the harmful effects of inflation on senior citizens’ pocketbooks.

Are retirees adequately protected from inflation through Social Security’s annual cost-of-living adjustment – 5.9% for 2022 – or is the COLA insufficient to offset the inflationary pressures?

Social Security’s cost-of-living adjustment takes some of the sting out of inflation, but not all of it. This adjustment is based on the government’s widely followed Consumer Price Index, but the CPI does not replicate the basket of goods and services that older adults in particular purchase, especially regarding health care costs. Although most of the medical expenses related to COVID-19 have been funded by the federal government, older Americans remain on the hook for other health care costs such as doctor visits, medications and the like – none of which show any signs of moderating. Thus, the increase in Social Security benefits was certainly welcome news to the program’s recipients, but it did not fully offset the effects of inflation as those recipients generally experience it.

If inflation is transitory or weakens in the coming months, would that help retirees come out a little ahead?

It might have that effect, but inflation’s transience is by no means assured. Even if inflation does recede, next year’s cost-of-living adjustment would reflect that change and be smaller as a result. In fact, next year’s adjustment might be eliminated entirely if inflation weakens substantially this year. That has happened in the recent past.

Does the combination of inflation and the rollercoaster stock market underscore the need to strengthen Social Security, especially with COVID-19 increasing the number of new retirees, thereby pushing the program’s insolvency date up a year?

Inflation’s resurgence and the stock market’s renewed volatility certainly unnerve many Social Security recipients, but those phenomena are not exactly new or unexpected. COVID-19, in contrast, is a major development that completely reshuffles many of the program’s components and might make certain structural changes necessary.

On the one hand, many people in their early 60s lost their jobs during the early days of the pandemic or were afraid of returning to their workplaces as different variants emerged. As a result, people who were eligible to begin taking Social Security retirement benefits opted to do so earlier than they might have planned. At the same time, younger people who were paying into the Social Security program also lost their jobs, had their hours reduced or, in some tragic cases, died from the disease. So you have more people taking funds out of Social Security while other people are no longer paying into the program.

On the other hand, the U.S. Census Bureau recently reported that life expectancy in the U.S. declined by 1.8 years, the largest such decline in a very long time. The impact of this decline is that Social Security will be paying lifelong benefits for shorter periods in many cases.

How all this shakes out is hard to tell at this point, but the scope of these different effects may be so significant that various measures that have long been proposed to shore up Social Security’s finances may finally get some serious consideration. We will just have to see.