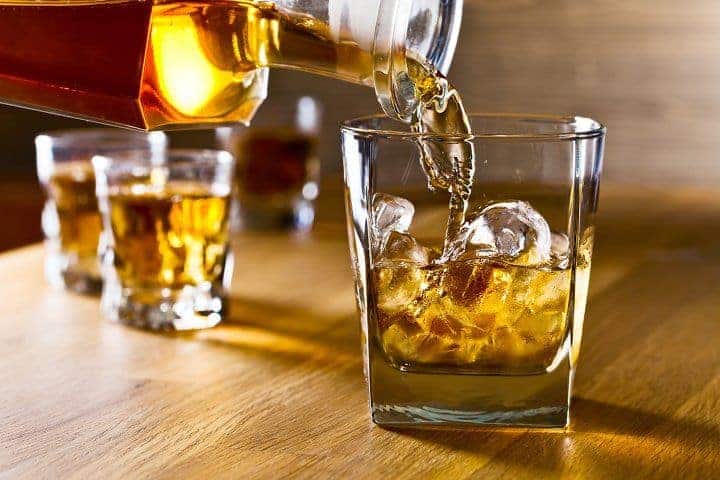 People predisposed to heavy drinking and alcohol problems may have lower functional connectivity — the patterns of signaling between brain areas — in regions that process emotions and social situations.

In a study published on January 22, 2022 in Alcoholism: Clinical & Experimental Research, researchers at University of California San Diego School of Medicine propose that the altered neural activity patterns may impair some people’s ability to interpret facial expressions. These differences in brain connectivity, the researchers found, could be used to predict individuals’ future alcohol use, and may provide the basis for new interventions to treat or prevent alcohol use disorder.

Prior studies of low LR individuals noted decreased activity in certain brain regions, including the amygdala, that are involved in processing emotions and rewards. However, the new study is the first to assess the functional connectivity between these brain regions in this context.

“The ability to read facial expressions affects the way we interpret a situation and shift our behavior in response,” said first author Ben McKenna, PhD, assistant clinical professor of psychiatry at UC San Diego School of Medicine. “If you can’t properly process this valuable social and emotional information, this will affect your behavior, including your choice to cease or continue drinking.”

In the study, 108 young adults with no history of alcohol problems were characterized as having low or high levels of response to alcohol. They were then asked to either consume a small volume of alcohol or a non-alcoholic placebo beverage, and perform an emotional face processing task to identify happy, angry and fearful faces while brain activity was measured using functional magnetic resonance imaging (fMRI).

Researchers found that even with no alcohol consumption, low LR individuals had less functional connectivity between the amygdala and the frontal lobes, insula and parietal regions while processing the emotional faces. After consuming alcohol, this connectivity was further reduced in low LR individuals, while connectivity actually increased for high LR participants.

“We were surprised to find that the brain areas are communicating differently in these people even without any alcohol consumed, and before they have developed any significant alcohol problems,” said McKenna.

McKenna suggested these decreased connections make it more difficult for people with low LR to understand and adaptively respond to their social environment. For example, seeing a happy face would typically produce rewarding brain signals, but if these are not being sensed properly in low LR individuals, they may rely more on alcohol to compensate and provide reward itself. Further studies will continue to explore these hypotheses and the specific networks involved in processing positive and negative emotions.

The team also reviewed follow-up data on the same individuals five years later, and found that they could use the participants’ functional connectivity patterns from the earlier scans to predict their future alcohol problems.

“If these genetically-influenced neurobiological differences are predictive of future behavior, maybe we can identify them early on and try to educate people before they ever develop problematic drinking,” said McKenna.

Marc Schuckit, MD, senior author of the study and Distinguished Professor of Psychiatry at UC San Diego School of Medicine, has been involved in developing and testing such psychoeducation programs. This research, he said, could help clinicians identify which patients to target, what kind of education to provide, and the best time to provide it.

“When trying to understand the relationship between the brain and behavior, the field has traditionally looked for differences in brain structure or the activity in individual brain regions,” said Schuckit. “We’re now seeing that functional connectivity between brain areas may add a whole new level of explanation. If we can develop therapies to target these networks, this could be a powerful tool for stopping the disorder in its tracks.”