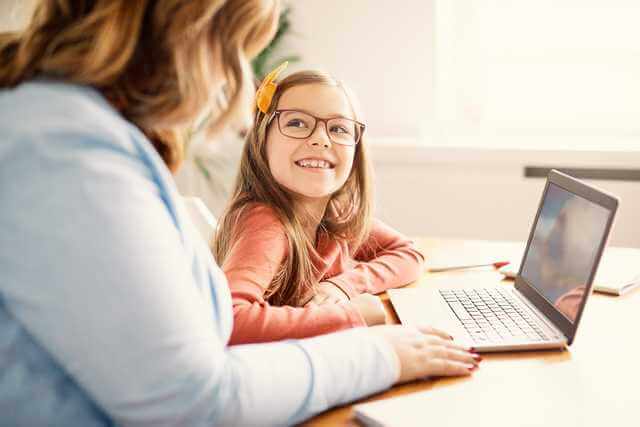 Girls in the study did substantially better in language-related studies than boys, while scores for girls and boys in mathematics were more similar. Credit: Paperkites/iStock

For most of us, when we make major career choices, we tend to lean into what we’re good at. According to new findings from the University of California San Diego’s Rady School of Management, such skills may develop early in childhood and there can be significant differences depending on gender.

Researchers have long observed that fewer women than men study and work in the fields of science, technology, engineering and math (STEM). Now, it appears that women may self-select out of these fields partly as a result of receiving more early-childhood reinforcement in language arts, according to a new paper to be published in the journal American Economic Review Papers and Proceedings.

“We find girls are better in English than boys in grades three through seven,” said Anya Samek, an associate professor of economics at the Rady School and one of the study’s co-authors. “Because girls are more likely to do well in language fields early in life, they may find themselves more inclined to choose them for majors and careers. Thus, women may be underrepresented in STEM in part because of their cultivated talents achieved earlier in life.”

The findings are based on a longitudinal study in which the researchers examined time parents spend with their children from ages three to five alongside the children’s test scores when they were ages eight to 14.

The researchers also find more time parents spent teaching to children from ages three to five (up to three hours or more a week) correlated with better test scores when the children are ages eight to 14. For instance, teaching three or more hours predicted 6 percent higher scores in English for children in fourth grade, relative to teaching one hour or less.

However, there’s a gender gap in parental investment in the children from ages three to five. On average, parents spent more time with girls and several factors could contribute to this disparity.  For example, compared to boys, the researchers found girls had a stronger ability to sit still and focus and parents of girls were also 18 percent more likely to report that their child liked it when they taught.

The study participants are mostly from Chicago and include 2,185 children and 953 parents who responded to surveys, 702 of whom also provided test-score data.

Girls did substantially better in language-related studies than boys, while scores for girls and boys in mathematics were more similar. They found a stronger correlation between parental investment with language scores than they did with math.

“I think it’s surprising to see that parental investments are correlated with the test scores in English but not in math,” said Samek. “It could be because we’re told to read to our kids at least 10 minutes a day. We’re told to introduce them to books and I think we probably spend less time thinking about how to engage children in math.”

Samek added, “We show that early-life investments by parents are strongly associated with later-life language skills but only weakly associated with later life math skills. It could be that parents just do not spend as much time teaching children math as they do reading. If that is the case, the next step may be to encourage parents to teach their young children math alongside reading.”

The paper, Parental Investments in Early Childhood and the Gender Gap in Math and Literacy, was co-authored by Amanda Chuan, John A. List and Shreemayi Samujjwala.