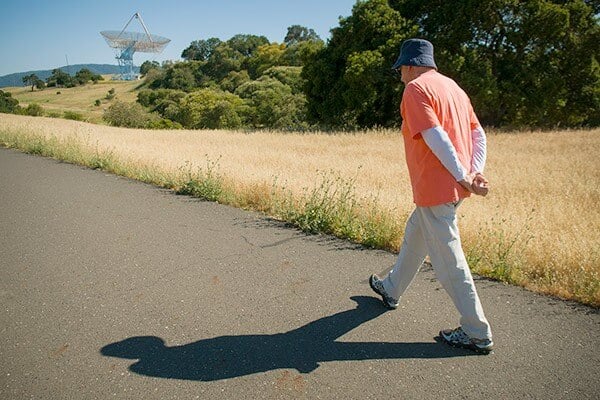 A new study suggests that reducing daily sedentary time can have a positive effect on the risk factors of lifestyle diseases already in three months. Spending just one hour less sitting daily and increasing light physical activity can help in the prevention of these diseases.

Type 2 diabetes and cardiovascular diseases are the most common chronic diseases globally. The risk of developing these diseases is increased particularly by overweight caused by physical inactivity and unhealthy diet, and metabolic disorders often associated with it.

Regular exercise is well known to be beneficial in weight management and disease prevention. However, many adults do not meet the weekly recommendation of 2.5 hours of moderate-intensity exercise, and the majority of the day is typically spent sitting.

In an intervention study of the Turku PET Centre and the UKK Institute in Finland, the researchers investigated whether health benefits can be achieved by reducing daily sedentary time during a three-month intervention period. The research participants were sedentary and physically inactive working-age adults with an increased risk of type 2 diabetes and cardiovascular diseases.

The researchers compared two groups: the intervention group was guided to reduce their sitting time by one hour per day through increasing standing and light-intensity physical activity, and the control group was instructed to maintain their usual habits and sedentary lifestyle.

“What makes our research design unique is that sedentary time and physical activity of both groups were measured with accelerometers throughout the entire three-month period, whereas in earlier studies activity has typically been measured only for a few days at the beginning and end of the study period. This makes it possible to receive more information on the actual behaviour changes over a longer time period,” says Doctoral Candidate Taru Garthwaite from the University of Turku in Finland.

The intervention group managed to reduce sedentary time by 50 minutes per day on average, mainly by increasing the amount of light- and moderate-intensity physical activity. In the three-month period, the researchers observed benefits in health outcomes related to blood sugar regulation, insulin sensitivity and liver health in the intervention group.

“It is an encouraging thought that health benefits can be achieved by reducing the time spent sitting and increasing the amount of even light-intensity physical activity. For many, this may be an easier starting point than increasing actual exercise,” says Garthwaite.

“Reducing the time spent sitting might still slow down the development of these diseases, but greater benefits can of course be gained by increasing the amount or intensity of physical activity in addition to sitting less,” encourages Garthwaite.

The next step for the researchers is to study how changes in daily activity and sedentary time affect energy metabolism and body composition in addition to the risk factors of diabetes and cardiovascular diseases during a six-month study period.