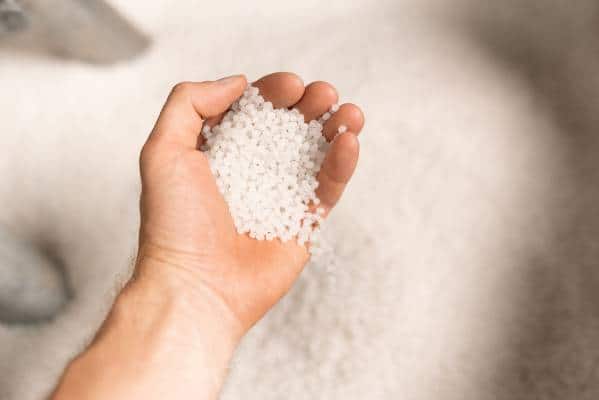 Researchers at Oregon State University have invented a new analytical method that sheds light on an enduring mystery regarding type 2 diabetes: Why some obese patients develop the disease and others don’t.

Type 2 diabetes is a serious metabolic disease that affects roughly one in 10 Americans. Formerly known as adult-onset diabetes, it is a chronic condition affecting the way the body metabolizes glucose, a sugar that’s a key source of energy. This type of diabetes is frequently associated with obesity.

For some patients, that means their body does not properly respond to insulin – it resists the effects of insulin, the hormone produced by the pancreas that opens the door for sugar to enter cells. In the later disease stages, when the pancreas is exhausted, patients don’t produce enough insulin to maintain normal glucose levels.

In either case, sugar builds up in the bloodstream and, if left untreated, the effect impairs many major organs, sometimes to disabling or life-threatening degrees. A key risk factor for type 2 diabetes is being overweight, often a result of eating too much fat and sugar in combination with low physical activity.

The scientists sought to learn which organs, biological pathways and genes are playing roles.

Findings, which show that a particular type of gut microbe leads to white adipose tissue containing macrophage cells – large cells that are part of the immune system – associated with insulin resistance, were published in the Journal of Experimental Medicine.

In the human body, white adipose tissue is the main type of fat.

“Our experiments and analysis predict that a high-fat/high-sugar diet primarily acts in white adipose tissue by driving microbiota-related damage to the energy synthesis process, leading to systemic insulin resistance,” said Morgun, associate professor of pharmaceutical sciences in the OSU College of Pharmacy. “Treatments that modify a patient’s microbiota in ways that target insulin resistance in adipose tissue macrophage cells could be a new therapeutic strategy for type 2 diabetes.”

Morgun and Shulzhenko, an associate professor in OSU’s Carlson College of Veterinary Medicine, in earlier research developed a computational method, transkingdom network analysis, that predicts specific types of bacteria controlling the expression of mammalian genes connected to specific medical conditions such as diabetes.

“Type 2 diabetes is a global pandemic, and the number of diagnoses is expected to keep increasing over the next 10 years,” Shulzhenko said. “The so-called ‘western diet’ – high in saturated fats and refined sugars – is one of the primary factors. But gut bacteria have an important role to play in mediating the effects of diet.”

“Diabetes induced by the western diet is characterized by microbiota-dependent mitochondrial damage,” Morgun said. “Adipose tissue has a predominant role in systemic insulin resistance, and we characterized the gene expression program and the key master regulator of adipose tissue macrophage that are associated with insulin resistance. We discovered that the Oscillibacter microbe, enriched by a western diet, causes an increase of the insulin-resistant adipose tissue macrophage.”

The researchers add, however, that Oscillibacter is likely not the only microbial regulator for expression of the key gene they identified – Mmp12 – and that the Mmp12 pathway, while clearly instrumental, is probably not the only important pathway, depending on which gut microbes are present.

“We previously showed that Romboutsia ilealis worsens glucose tolerance by inhibiting insulin levels, which may be relevant to more advanced stages of type 2 diabetes,” Shulzhenko said.

Zhipeng Li, Manoj Gurung, Jacob W. Pederson, Renee Greer, Stephany Vasquez-Perez and Hyekyoung You of the Carlson College of Veterinary Medicine and Richard Rodrigues, Jyothi Padiadpu, Nolan Newman, and Kaito Hioki from College of Pharmacy also participated in this research, as did scientists from the National Cancer Institute, National Institute of Allergy and Infectious Diseases and Monash University in Australia.

The National Institutes of Health and the Oregon Medical Research Foundation supported this study.