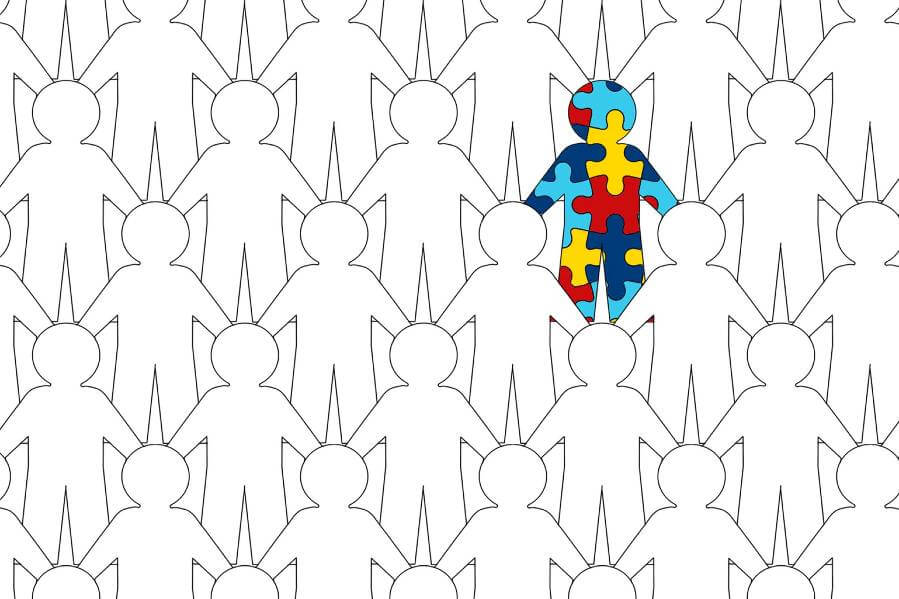 Autism spectrum disorder affects about 2% of children in the United States. While most cases are inherited, a small number are a result of rare genetic variations. A new study provides the results of the largest genetic analysis to date to understand the genetics behind autism and other neurodevelopmental conditions. The results reveal 185 genes associated with autism, many for the first time. The study was published in the Aug. 18 issue of the journal Nature Genetics.

The study examined the genomes of more than 150,000 participants. Of this group, 20,000 have been diagnosed with autism. The results offer the most comprehensive analysis of the diverse forms of genetic variation in autism and shed insight on the molecular roots of brain development and neurodiversity, presenting potential new lines of inquiry to understand the biology of autism.

“Benefiting from an international collaboration and a massive collection of data, we have identified hundreds of genes that can be pursued in further studies of autism,” said co-senior author Kathryn Roeder, the UPMC Professor of Statistics and Life Sciences in the Department of Statistics and Data Science at Carnegie Mellon University. “With these findings we are beginning to understand how these genes and genetic variations exert their effects during neurodevelopment.”

This study benefits from new data analysis methods that focused on the sections of the protein-coding portions of the genome, called the exome. To reveal genetic variants associated with autism, the researchers analyzed exome sequencing data from the Autism Sequencing Consortium, the Simons Foundation Powering Autism Research (SPARK) project, and the Lundbeck Foundation Initiative for Integrative Psychiatric Research. This approach generated large volumes of data that were analyzed using cloud-based computing to identify changes that could be associated to genetic variations linked to autism.

“Resources pooled together by this collaboration allowed us to extract information from genetic data more efficiently and to start teasing apart the relationship between autism and other developmental disabilities, bringing us closer to understanding the fundamental neurobiology of autism,” said co-senior author Bernie Devlin, professor of psychiatry and clinical and translational science at the University of Pittsburgh.

The team identified 185 genes that are significantly associated with autism. Many of the variants were new and not inherited from the parents. The variations resulted from the loss of one copy of a gene, the change in the spelling of a gene or duplicate copies that could all alter a gene’s function.

In this study, Roeder focused on the expression of the gene in the developing human neurons. She determined genes linked predominantly to developmental delay tend to be active in early neuronal development. Conversely, autism-related genes tend to play a role in more mature neurons.

In addition, the team found the subset of genes that are more strongly tied to autism show some overlap with genes uncovered in an earlier study of schizophrenia. This result suggests a possible shared biological pathways underlying the two conditions.

With new data expected soon from the SPARK project and plans to analyze whole-genome data that includes both coding and noncoding sequences, the scientists hope to fill out a more complete picture of the genetic architecture of autism and related conditions.

“This is just the first discovery step,” said co-first author and Broad Institute associate member Harrison Brand, an assistant professor in neurology at Massachusetts General Hospital and Harvard Medical School. “Now that we have this list of high-confidence genes, we can take it to the functional modeling stage to explore the biological mechanisms that underlie the features of autism.”

Roeder and Devlin were joined on this study by colleagues from the University of Pittsburgh School of Medicine, the Broad Institute of MIT and Harvard, Icahn School of Medicine at Mount Sinai and University of California San Francisco. The project, titled “Rare coding variation provides insight into the genetic architecture and phenotypic context of autism,” received funding from the Simons Foundation for Autism Research Initiative, including the SSC-ASC Genomics Consortium and the SPARK project, the National Human Genome Research Institute, the National Institute of Mental Health, the National Institute of Child Health and Human Development and the Seaver Foundation.