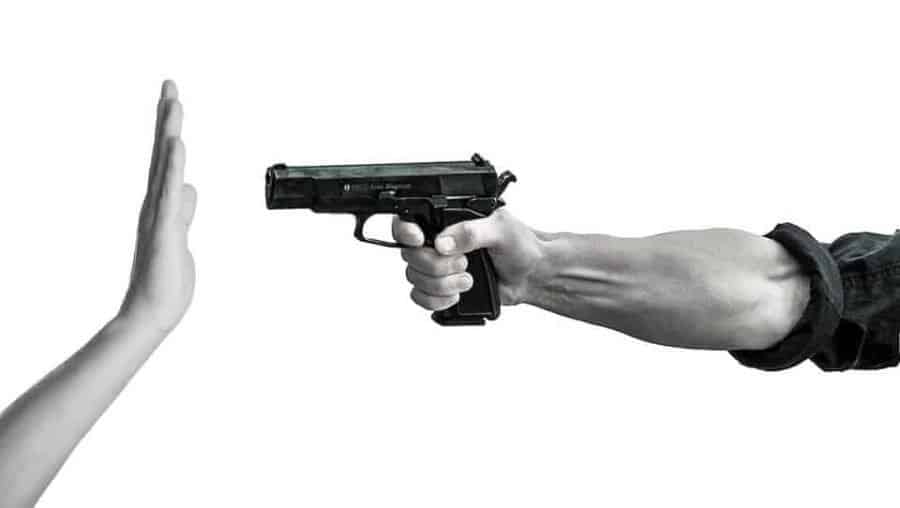 While gun violence in the United States continues to claim lives at an alarming rate, it is also taking a quiet toll on the U.S. economy, according to new research by Zirui Song, associate professor of health care policy in the Blavatnik Institute at Harvard Medical School and associate professor of medicine at Massachusetts General Hospital.

In 2020, according to a PEW Research Center analysis of data from the U.S. Centers for Disease Control and Prevention, 45,222 people died from gun-related injuries in the United States — more than any other year on record.

Another study found that the United States accounted for 73 percent of mass shootings and 62 percent of related fatalities in developed countries between 1998 and 2019.

Song’s work has focused on the somewhat hidden aspects of firearm injuries, revealing that the cost of gun violence is far greater than the loss of human life alone. Earlier this year, he and colleagues delved into the long-term repercussions of firearm injuries for those who survive them.

In his newest paper, published Sept. 27 in JAMA, Song reports that the overall economic cost of firearm injuries in the United States is some  $557 billion annually, or 2.6 percent of gross domestic product. Eighty-eight percent of this cost is attributed to quality-of-life losses among those injured by firearms and their families. Yet, Song said, the business case for reducing firearm injuries has remained largely unaddressed.

Findings from Song’s latest analysis include:

“This evidence suggests that employers and their health insurers sustain a substantial financial burden from firearm injuries and have a financial incentive to prevent them,” Song wrote. “To date, however, U.S. businesses have by and large not engaged publicly on the subject of firearms, despite spending large sums on other efforts to promote employee health.”

Harvard Medicine News spoke with Song about this latest work and his research interests in general.

HMNews: You are a practicing physician and researcher in health policy and economics. How do the two areas intersect?

Song: I practice primary care and attend on the inpatient medicine teaching service, which are areas of the delivery system that interface frequently with health policy. My clinical practice helps me understand what patients and clinicians go through on the ground. That informs my research questions. Trained as a health economist, I study health care spending and the impact of payment and social policies on health and economic outcomes. This work has helped me understand the insurance obstacles that patients face and payment incentives that clinicians face, allowing me to better guide patients or be more useful to my colleagues.

HMNews: As an academic, you have studied issues such as payment reform, health care outcomes, and the value of medical services, but some of your recent research has focused on the myriad less obvious harms of gun violence. Why?

Song: A fundamental scientific question behind studying payment, quality, and value is what causes people’s health and health care use to change. Policies can certainly do so — and we focus a lot on them — but an underappreciated cause is health shocks: something unexpected that happens to a person’s health. These shocks, like heart attack, stroke, and infectious disease alter not only a person’s health care consumption and other dimensions of their health, but those of their family members. Firearm injuries are a salient example of that.

As we found out, gunshots substantially increase health care spending and the mental health and substance use burden of survivors, as well as mental illness among family members. Firearm injuries are also deeply tragic and thus meaningful to study, as they claim so many innocent victims and are often preventable.

HMNews: Why and how did you decide to look into the cost of gun violence for private insurers and employers?

Song: Employers and private insurers bear the cost of health care for over half of the U.S. population. As more and more people experience firearm injury, the private sector is increasingly affected. Particularly for large employers, who usually function as their employees’ insurer, every preventable dollar of health care spending offsets a dollar of their revenue or margin. An employee who survives a firearm injury costs the employer $30,000 more from health care received in the first year alone.

HMNews: Were there any surprises emerging from your analysis?

Song: The main finding was that a business case exists, though it may be more appealing to some employers or insurers than others. It was perhaps not surprising, but certainly striking, to learn that the rate of firearm injuries among employees of U.S. companies has more than quadrupled from 2007 to 2020. It was also striking to learn that 550 CEOs and executives have signed a letter to the U.S. Senate urging for action to reduce gun violence, in which they emphasized both the health and economic motivations.

HMNews: What are some of the take-home messages from all of this work for policymakers and for businesses?

Song: The obvious take-home message is that firearm injuries are costly for the private sector, which faces an increasingly meaningful financial incentive to prevent them. A less obvious take-home message is that the business case for reducing firearm injuries may ultimately rest not on saving the preventable dollars spent on gunshot wounds, but rather on a deeper societal alignment between companies and their consumer bases.

Like companies going green in the face of climate change, which Wall Street has rewarded, corporate leaders in firearm injury prevention may also appeal to the growing numbers of people affected by firearm injuries. Since consumers, particularly younger generations, are increasingly buying from companies that not only make what they like, but demonstrate values they resonate with, addressing firearm injuries could become a long-term strategy in the private sector.