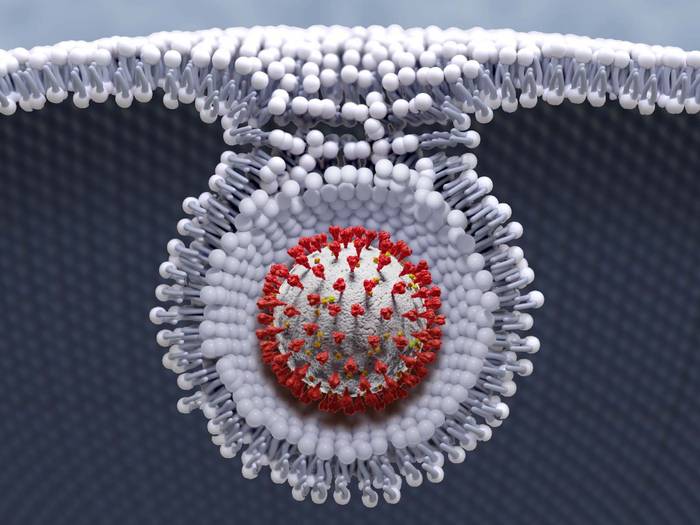 University classrooms are forums for intellectual exchange. But the COVID-19 pandemic has highlighted how important it is for classrooms to also be sites of efficient air exchange—that is, good ventilation.

Air sampling technology developed by Constantinos Sioutas, a professor at the USC Viterbi School of Engineering, helped pave the way for the understanding that COVID-19 is an airborne virus. When the virus is exhaled in small respiratory droplets in indoor environments, the water content quickly evaporates because of the much lower relative humidity indoors than outdoors, leaving viral particles suspended in the air. That insight, in turn, led to the knowledge that replacing indoor air with fresh or filtered outdoor air (aka “air exchange”) can help dissipate viral particles that would otherwise linger for hours.

Now, a new study by Sioutas and his team conducted in USC classrooms demonstrates that high-efficiency in-line filters within HVAC systems can significantly improve indoor air quality. The study, published in the International Journal of Environmental Research and Public Health, also reveals that operating such a system at the same time as a portable air purifier with a HEPA filter can maximize the removal of tiny airborne particles.

Running these filtration systems simultaneously, “You reduce the risk of the students and the professor becoming infected [with COVID-19] by more than tenfold,” says Sioutas, Fred Champion Professor and Professor of Civil and Environmental Engineering and Aerospace and Mechanical Engineering.

The study’s implications extend well beyond USC to other educational institutions, as well as to residences, businesses and public transportation.

When Sioutas’ team began planning the research in the summer of 2021, they used data from USC Facilities Planning and Management (FPM) to determine which classrooms to evaluate. They wanted to measure indoor air quality across a range of building ages, classroom sizes and ventilation systems.

For the study, Sioutas’ team selected nine classrooms in seven different buildings, all of which had HVAC systems with MERV-14 in-line filters—except for one, which had a MERV-13 filter. MERV stands for the Minimum Efficiency Reporting Value; the higher the MERV rating, the more efficient the filter is in capturing particles from the air.

Sioutas was interested in measuring the effect of ventilation and filtration not only on pollutants we exhale, including carbon dioxide (CO2), but also on particulate matter (PM) that can infiltrate indoors and negatively impact human health. Indoor air pollution causes almost 3.8 million premature deaths annually, according to the World Health Organization (WHO).

His team first evaluated air quality in the nine classrooms during two-hour lectures, while students were present and the ventilation systems were operating. It turned out that all of the ventilation systems had high enough air exchange rates to dilute indoor CO2 concentrations to safe levels recommended by the American Society of Heating, Refrigerating and Air-Conditioning Engineers (ASHRAE). But when it came to reducing PM and particulate number (PN) concentrations, ventilation systems with MERV-14 filters were far superior to the one with the MERV-13 filter. The former reduced PM and PN concentrations by more than 80 percent, while the latter reduced them to 49 percent and 55 percent, respectively.

Next, Sioutas’ team repeated the air quality measurements while concurrently operating a portable air purifier. When Sioutas saw the first results, he was incredulous. Within 15 minutes, PM and PN were reduced to less than 10 percent of their initial values. In some classrooms, he says, the aerosol concentrations approached those of a semiconductor-industry cleanroom, which is a factory where PM is stringently controlled to facilitate the manufacture of silicon wafers into semiconductor chips.

Sioutas figured there must have been some mistake in the calculations. “I told my students, ‘Go back and do this experiment again—these results cannot be right,’” he says. But the results held. “That’s when we realized that once you activate the purifier…you have this drastic reduction in the pollution.”

In the second part of the study, Sioutas and his team introduced an indoor source of air pollution—nebulized sodium chloride particles, which were roughly the same size as exhaled COVID-19 particles—to an empty classroom. Operating the ventilation system along with the air purifier at its highest speed reduced the concentration of sodium chloride in the air to less than 10 percent of its initial value in about 15 minutes. Since the risk of airborne virus transmission is directly proportional to an indoor space’s viral aerosol concentration, the results suggest a more than tenfold reduction in COVID-19 risk.

Air purifiers with HEPA filters work by forcing air through fine mesh made of plastic or fiberglass fibers that capture tiny particles. Since COVID-19 cannot survive on most solid surfaces for long periods, the viral particles trapped on the filter die off, posing no further risk.

Sioutas hopes that the study draws renewed attention to the importance of air purification in COVID-19 prevention in educational institutions. He notes that portable air purifiers are an effective, affordable and energy-efficient way to slash the risk of COVID-19 transmission not just in classrooms, but in any indoor environment: “homes, restaurants, pubs, movie theaters, office buildings, sports arenas, you name it,” he says.

“I’m a fierce advocate of using this technology,” he adds. “I could not recommend it more strongly.”