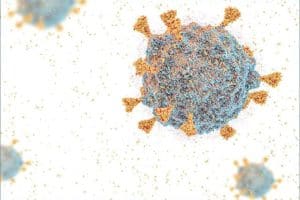 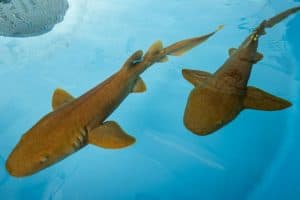 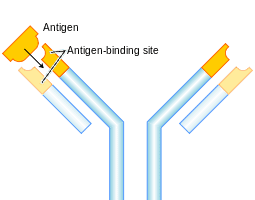 Therapeutic antibodies can be an efficient alternative when common drugs do not work anymore. However, antibodies obtained from blood of animals such as mice could not be used: The human immune system recognizes them as foreign and rejects them. In…

Some cells sing with the chorus, while others unwittingly achieve fame on their own. The immune system’s B cell is a true diva that spends its early days preparing for the ultimate audition. Its repertoire of possible antibodies to invading microbes totals 50 million. For the immune system, this repertoire means the difference between destroying a potentially lethal antigen or not. Since the late 1970s, the genes for making immunoglobulin, a family of blood proteins that compose the antibodies, sufficed to explain the B cell’s vast oeuvre. A B cell that is mature enough to respond to antigen does so by combining genes in a process called immunoglobulin gene rearrangement. Many possible combinations during this process allow a wide catalog of antibodies to literally take shape. Now, a biochemical phenomenon involving changes to stationary proteins in the B cell’s nucleus, called histones, is known also to contribute to the cell’s various solo performances.

Researchers have discovered a way to refine an experimental Alzheimer’s vaccine, a finding that could pave the way for new treatment and prevention of the debilitating disease that affects people’s ability to think and recall information. Alzheimer’s occurs when toxic biochemical compounds known as amyloid-beta peptides accumulate in the brain, forming plaque deposits and injuring nerve cells, which eventually causes dementia. In 2000, researchers at the Centre for Research in Neurodegenerative Diseases published a paper showing how the amyloid-beta peptide vaccine blocked the production of the plaques and reversed learning impairment. The vaccine stimulates the body’s immune system into forming antibodies against the plaques in the brain, but it also caused inflamation. This new research claims to have found a way to better isolate the active epitope detected by antibodies. After testing a more refined, targeted amyloid-beta vaccine on mice, the scientists found that the antibodies generated by the vaccine cleared away the plaques — improving cognitive function in the mice and leaving no evidence of brain inflammation.

It has been a big week for the common lab mouse. Tests in mice showed that the deadly botulism toxin could be neutralized with an experimental drug. The drug, fashioned from two antibodies from mice and one from a human, could be mass-produced and thus could be used as a deterrent to the use of botulism toxin as a weapon. In other mouse news, scientists at the Universiy of Pennsylania have figured out that they can turn mice into goat and pig sperm “factories” by grafting testes onto their backs. The technique could be used in the future to make sperm for young cancer patients left infertile after treatment, to help human couples struggling with male fertility problems, and to preserve species close to extinction. The most amazing mouse news of the week? Researchers at the Dana-Farber Cancer Institute in Boston created a transgenic mouse with Lance Armstrong-like capabilities, able to endure hard exercise for extended periods of time.