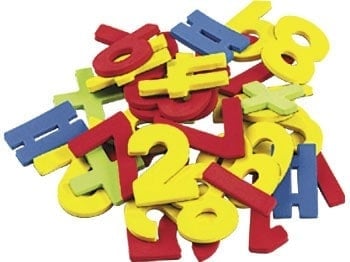 For the first time, researchers have determined that a brief, simple number naming test can differentiate between cognitively healthy elderly individuals and cognitively impaired people with Alzheimer’s disease (AD), including those with mild cognitive impairment (MCI), as well as those with AD dementia. The study appears online in the journal Alzheimer’s Disease and Associated Disorders, and was conducted by researchers at Boston University Alzheimer’s Disease Center (BU ADC), with collaborators from Harvard Medical School and New York University School of Medicine.

AD can only be definitively diagnosed through postmortem examination of brain tissue. However, in recent years, the diagnosis of AD during life has become more accurate through the use of objective biological tests, including advanced brain scans and measures of proteins in cerebrospinal fluid and blood, in addition to lengthy formal cognitive evaluations. Prior to ordering these tests, clinicians, such as primary care physicians, must determine a patient’s level of cognitive functioning to decide who may benefit from these relatively expensive and often invasive tests.

The King-Devick (K-D) test is a one- to two-minute rapid number naming test that has previously been found useful in the detection of concussion, as well as in detecting level of impairment in other neurological conditions such as Parkinson’s disease and multiple sclerosis. The K-D test can be quickly administered by non-professional office staff on either a tablet (iPad) or in a paper version.

In this study, researchers at BU ADC administered the K-D test to 206 study participants, including 135 cognitively healthy individuals, 39 people with MCI, and 32 AD dementia patients, and found the test could accurately distinguish the controls from the cognitively impaired individuals more than 90 percent of the time. The K-D performed equally well in detecting participants with MCI from controls as it did detecting the more advanced AD dementia patients from controls, providing evidence for its utility in screening for more subtle cognitive impairment. It also correlated strongly with lengthier, standardize neuropsychological tests.

“Alarmingly, AD is underdiagnosed in nearly half of the American population and the brain changes of AD may begin up to 20 years before clinical symptoms. There is a need, therefore, for sensitive and readily available screening tools that can detect AD in its early stages (such as MCI), particularly as potential disease-modifying therapies become available,” explained corresponding author Robert Stern, PhD, Director of the Clinical Core of the BU ADC and professor of neurology, neurosurgery and anatomy and neurobiology at Boston University School of Medicine.

“If replicated in larger samples, our findings suggest that the K-D may be an appropriate screening test in fast-past clinical settings, such as primary care physician offices, to assist in the early detection of cognitive impairment and guide referral for more comprehensive evaluation to ultimately facilitate early intervention,” Stern added.