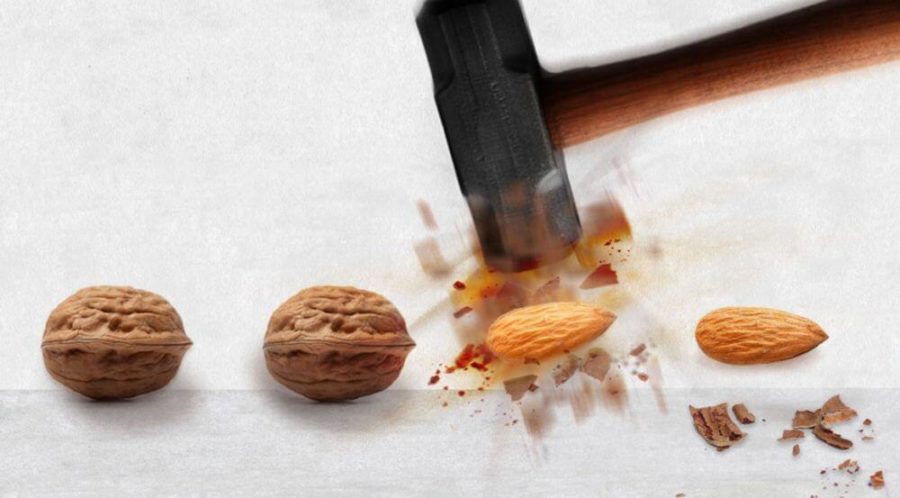 An international team of more than 20 scientists has inadvertently discovered how to create a new type of crystal using light more than ten billion times brighter than the sun.

Their findings reverse what has been accepted thinking in crystallography for more than 100 years.

The team exposed a sample of crystals, known as Buckminsterfullerene or Buckyballs, to intense light emitted from the world’s first hard X-ray free electron laser (XFEL), based at Stanford University in the United States. The molecules have a spherical shape forming a pattern that resembles panels on a soccer ball.

Light from the XFEL is around one billion times brighter than light generated by any other X-ray equipment –even light from the Australian Synchrotron pales in comparison. Because other X-ray sources deliver their energy much slower than the XFEL, all previous observations had found that the X-rays randomly melt or destroy the crystal. Scientists had previously assumed that XFELs would do the same.

The result from the XFEL experiments on Buckyballs, however, was not at all what scientists expected. When the XFEL intensity was cranked up past a critical point, the electrons in the Buckyballs spontaneously re-arranged their positions, changing the shape of the molecules completely.

Every molecule in the crystal changed from being shaped like a soccer ball to being shaped like an AFL ball at the same time. This effect produces completely different images at the detector. It also altered the sample’s optical and physical properties.

“It was like smashing a walnut with a sledgehammer and instead of destroying it and shattering it into a million pieces, we instead created a different shape – an almond!” Assoc. Prof. Abbey said.

“We were stunned, this is the first time in the world that X-ray light has effectively created a new type of crystal phase” said Associate Professor Quiney, from the School of Physics, University of Melbourne.

“Though it only remains stable for a tiny fraction of a second, we observed that the sample’s physical, optical and chemical characteristics changed dramatically, from its original form,” he said.

“This change means that when we use XFELs for crystallography experiments we will have to change the way interpret the data. The results give the 100-year-old science of crystallography a new, exciting direction,” Assoc. Prof. Abbey said.

“Currently, crystallography is the tool used by biologists and immunologists to probe the inner workings of proteins and molecules — the machines of life. Being able to see these structures in new ways will help us to understand interactions in the human body and may open new avenues for drug development.”

The study was conducted by researchers from the ARC Centre of Excellence in Advanced Molecular Imaging, La Trobe University, the University of Melbourne, Imperial College London, the CSIRO, the Australian Synchrotron, Swinburne Institute of Technology, the University of Oxford, Brookhaven National Laboratory, the Stanford Linear Accelerator (SLAC), the BioXFEL Science and Technology Centre, Uppsala University and the Florey Institute of Neuroscience and Mental Health.