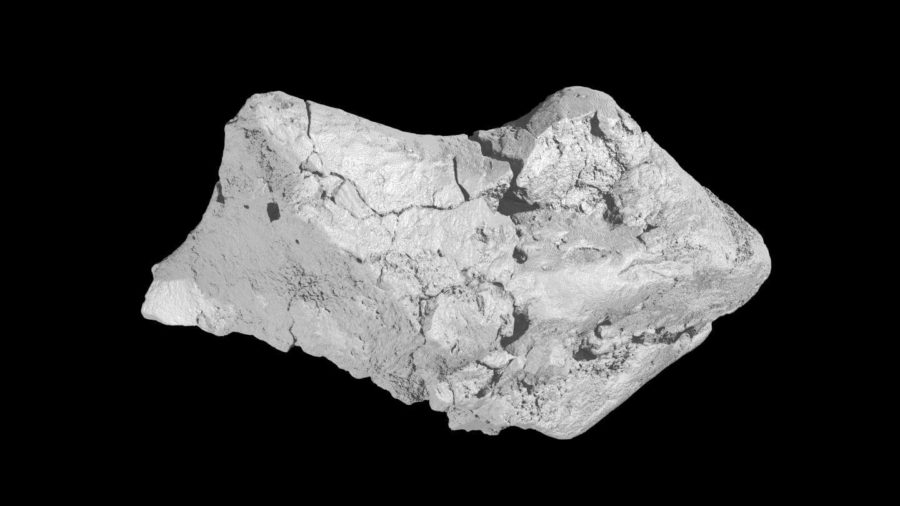 Soft tissues such as hearts and muscles are very rarely preserved in the fossil record. For that reason, nearly all study of dinosaur soft tissue has to be reconstructed from fossil bones. However, researchers in the United Kingdom recently identified a genuine fossilized brain from a roughly 133 million-year-old dinosaur in Sussex, England. The brain likely belonged to a close relative of the Iguanodon, a spike-handed herbivorous dinosaur. According to the researchers, this is the first example of a natural endocast (in-filling) of the braincase that preserves fossilized brain tissue from any dinosaur.

The unassuming small fossil was originally discovered in 2004 on a beach in the town of Bexhill, but without the rest of the skeleton to help identify it. Only recently was a team of researchers, including Dr David Norman of the University of Cambridge, able to determine it was a fossilized dinosaur brain. Martin Brasier, of the University of Oxford, led the early work on this fossil, before his untimely death in 2014. In order to visualize very small features of the fossil brain Professor Brasier brought in researchers from the University of Western Australia to obtain high resolution images of parts of the brain, revealing its outer layers (meninges) as well as remnants of capillaries (tiny blood vessels) within the cortex of the brain itself. The brain structure and in particular the arrangement of meninges, shows remarkable similarity to modern birds and crocodilians, and likely functioned in fairly similar ways.

In regard to the truly rare preservation of the fossilized dinosaur brain, Dr Norman said “Brain tissues are incredibly fragile and it is quite incredible that the animal died in circumstances that uniquely led to their preservation – through a process of ‘pickling’ and then mineral replacement”. Dr Norman continued, “What we think happened is that this particular dinosaur died in or near a body of stagnant water, and its head ended up partially buried in the sediment at the bottom. Since the water had so little oxygen and was so acidic, the soft tissues of the brain were likely preserved and cast before the rest of its body was buried in the sediment.” Circumstances such as these are astonishingly rare in fossilization, meaning this discovery can provide unique insight into the mind of this 133 million-year-old dinosaur.