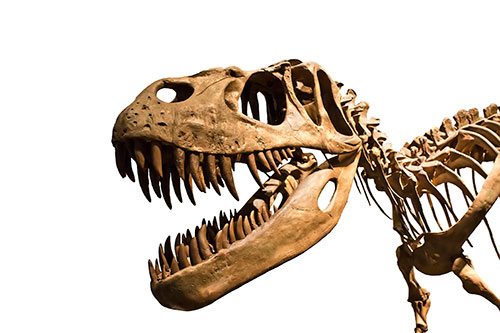 Sue, the Tyrannosaurus Rex at the Field Museum in Chicago, lent a hand — well, a whole arm — to Argonne National Lab earlier this month. But don’t worry — seems the T-Rex didn’t really use its arms much anyway.

Scientists at Argonne wanted to figure out once and for all whether T-Rex arms were useful, so they turned to the Advanced Photon Source (APS) — a high-tech x-ray used to see things on a molecular level. It’s been used for research in materials science, biology, physics, medicine and now paleontology.

Using the APS, scientists x-rayed the fossils — creating a 3D image of the cellular structure inside the bones. This is important because it allows researchers to see the inner structure of the bone without having to cut open the fossil. The Advanced Photon Source is also used by pharmaceutical companies to get a view of viruses and other diseases on the molecular level.

The resulting images showed scientists how the bone grew and whether it was subjected to a lot of stress. It also allowed them to compare it to the structure of bones of other living and extinct animals.

Watch the video above to meet the scientists who conducted the test and learn more about their method.